The Conversation, that invaluable source of balanced information, ran an article on carbon storage in the soil. Potentially, one of our main instruments for controlling the rise of CO2 concentrations

Antibiotics resistance of harmful organisms becomes a major problem – in agriculture, in human and veterinary medicine. Scientists now try to come up with new methods. They think that CRISPR

During a workshop at the latest European Forum on Industrial Biotechnology (EFIB) in Brussels, the BBI JU funded ReSolve-project introduced a number of newly developed, less hazardous, viable bio-based renewable

Once upon a time, energy from biomass like wood, manure, whale oil and other sources was the primary supplier of heat, light and food processing. If we should like to 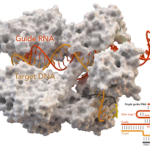 When researchers discovered the CRISPR-Cas mechanism, it was looked upon as the perfect instrument for genetic modification (GM). But it appears to have its flaws. Flaws that might be inherent

Dutch primary education has a huge problem, that also affects bio-economy developments. There’s a substantial shortage of teachers, the teaching profession is not appreciated much, and the pay gap with