Brexit and The Wall not only generate news. These issues also provide for interesting comments that ultimately can apply to other, or much broader, areas like the bio-economy. Where continuous development is hampered by risk aversion, learning to identify and manage risks better is a necessity. 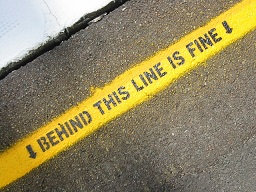 I read a striking comment by CNN’s Chris Cillizza who concluded: ‘Faced with an increasingly complex world, we tend to seek out the simplest of solutions. Unfortunately, those simple solutions often turn out to be inadequate to deal with the problem at hand — leaving governments at a loss even as they butt up against (or miss) must-not-miss deadlines.’

Although this is a comment about Brexit-politics, it is also relevant when contemplating global warming issues or bio-based topics. Take bio-engineering: even if CRISPR/Cas-technology isn’t very complex in itself, in discussions and articles it is still oversimplified. By not going much further than merely a few topics, the broad field of the much more complex aspects that surround CRISPR/Cas is rarely considered.

Following a recent ruling by the EU Court of Justice that ultimately could result in a ban on using CRISPR/Cas-technology, scientists and European science institutes appeal to policy makers to commit to innovation in plant sciences and agriculture. It is a welcome initiative, provided that an effective way can be found to communicate relevant aspects such as the risks involved. 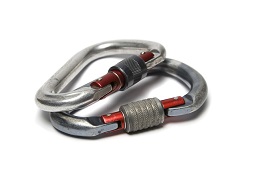 Risks are unavoidable in order to realise progress

De Nederlandsche Bank, DNB, which is the Dutch central bank, very recently issued a report on the impact of sustainability risks and goals on the Dutch financial sector. The risks are known as Environmental, Social and Governance (ESG) risks. The report covers water and resource scarcity, biodiversity and human rights controversies. Maybe somewhat surprisingly, DNB concludes that ESG-risks do not necessarily need to be avoided, but need to be contained in order to manage them. What is more, DNB points out that it could be necessary to increase exposure to ESG-risks in the pursuit to achieve the United Nation’s Sustainable Development Goals, an endeavour regularly mentioned by financial institutions.

Whereas DNB is committed to safeguarding a stable financial system, policy makers will be committed to maintaining stable socio-economic systems. But just as DNB, policy makers should also be aware that exposure to managed risks will be unavoidable when striving to achieve long-term sustainability goals. The underlying problem is also identified in the DNB-report: it is not always possible to determine the scope of an ESG-risk accurately, due to limited scientific knowledge of the relation between the danger and the economic activities, limited availability of data and the degree of complexity.

Use small words to define the state of affairs

And here’s my point: an appeal by scientists to commit to CRISPR/Cas-technology will be meaningless unless it is supported by efforts to determine the risks involved, as well as containing these risks. And, paraphrasing still another comment by Maxim Februari in the Dutch newspaper NRC, an appeal should refrain from grand words. Rather than outlining the brilliant future for CRISPR/CAS and the amazing results which can be expected, small words should be chosen in entering into an effective discussion with policy makers and the public. Small words should define the state of affairs and the essential research efforts needed to determine and manage the risks involved.

Small words are not very sexy, but a smart and substantive approach is needed to accept and understand a technology that indeed can be labelled a true innovation.

This article has also been published on Wijnand’s personal blog.