You are here: Home / 2017 / May / Regulatory process of insecticides: let’s apply some logic and social science

In three columns, I have investigated the question of bee colony collapse and neonicotinoids (neonics), the effect of pesticides on pollinating insects and natural pest predators, and finally the services that biodiversity renders to agriculture and the economy. I observed that a simple ‘allow or ban’ decision on neonics may not be adequate. What other mechanisms and possible outcomes do we have at hand in the regulatory process?

This is the final of four columns on neonicotinoids and their possible effects on bees, and on the wider issue of biodiversity and its importance to agriculture. Published on 2 May, 4 May, 15 May and 17 May 2017.

The regulatory process may benefit from the input of social scientists

The outcome of a regulatory process should satisfy two principles: it should be backed up by scientific knowledge; and it should have an inner logic compelling enough to satisfy both opponents and proponents of the substances in question – at least until new scientific discoveries might shift the balance. In the case of neonics, neither an ‘allow’ nor a ‘ban’ decision will satisfy either of these requirements. The scientific case is so unclear that regulators cannot in their right minds come to definite conclusions; and tensions in society have reached a level where any ‘yes or no’ decision will be fought tooth and nail by the opposing party. This implies on beforehand that any decision taken now will have to be temporary, and that it will have to specify the processes required to reach more definite conclusions eventually. 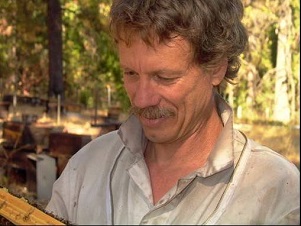 Randy Oliver: …put yourself in the shoes of industry…

Ideally, a regulatory process will spiral towards an outcome, be it through a negotiating process between stakeholders, or through an emerging consensus among scientists. This will not take place here. One of the main tasks of regulators then will have to be to identify uncertainties and suggest ways to resolve them, through research or negotiations. But this process can be stalled indefinitely by non-cooperating stakeholders. Here is where logic and social science may come in. I cannot help noticing that the present situation constitutes ideal ground for research: one continent where neonics are largely banned, the other where they are allowed. Does any research take place on the hypothesis that this will produce entirely different habitats for pollinating insects, and will differentiate on biodiversity? Is there any exchange of ideas across the ocean on this subject? The presence of social scientists may serve to speed up the formulation of such hypotheses.

The regulatory process may benefit from the input of philosophers

Also, I wonder why none of the scientists in the high-level European EASAC committee has raised the question whether a ban or measures to restrict preventive use of the substances would constitute the appropriate policy answer. The committee has much to say about the ‘widespread prophylactic use’ of pesticides, but does not address this issue as such in its conclusions. Here, logic might make the difference. Philosophers could ask for reasons for such lapses. It should be noted that I found mention of many complaints of beekeepers suffering from unprofessional (‘prophylactic’?) applications of neonicotinoids on the internet – complaints that are typically ignored by the authorities (I found no mention of complaints of beekeepers about these substances as such). Isn’t the way in which neonicotinoids are used, much more the issue than their application as such? Some authors also note that private gardens may not be at all the safe havens for pollinating insects that they supposedly might be, because garden owners tend to spray these substances much more liberally on their plants than farmers. 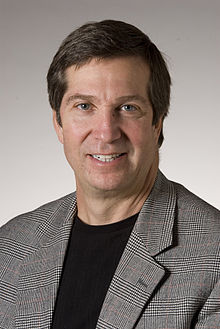 The hypothesis that the mode of use may be a very real problem, should give rise to a completely new line of research. I strongly feel that producers should take a responsibility in this area. To me, it is indefensible that producers put their products on the market and then don’t give a damn of what happens to them. In many areas of the economy, many countries have called into life a chain responsibility for producers. These have been made responsible for their products: their quality, environmental performance, safety issues, and decommissioning. Chemical industries remain responsible for the correct processing of their waste, no matter to whom they sell it. Producers of pesticides should take upon them the same responsibilities. They should start to behave like service providers of pest control strategies, rather than as producers and sellers of chemicals – a movement that we also see in other areas of the economy. This might lead to a breakthrough in the present stalemate and help the regulatory process. So far, producers have just asserted that their products are entirely safe (and funded research that supported this position). If they would participate in independent research on aspects of the actual use of their products, and invite NGOs to participate as well, this might create a common ground. For instance, they might look for strategies that use as little as possible of the insecticide (instead, the present producers might sell expertise in other pest control methods). They could co-fund research on methods of getting as much as possible of the substance into the plant, and as little as possible into the environment – these issues should appeal at least to some NGOs.

The regulatory process will have to consider the consequences of decisions

A final issue that I have hardly seen addressed in the literature, is what farmers will do if neonicotinoids are banned. After all, this class of substances has substituted more toxic pesticides like organophosphates and carbamates. Won’t farmers just reverse to the old pesticides? This is a question that scientific research does not necessarily have to address – but the regulatory process does. Regulators have to consider not just whether to allow or ban substances, but also what will happen if they decide for one or the other. And also what effect any decision of theirs will have on the development of even better insecticides. These considerations also limit the use of the ‘precautionary principle’. This principle means ‘in case of doubt, abstain’, i.e. do nothing. But in actual practice, the decision to ban or delay approval for substance A will never result in ‘nothing’. For instance, it may promote the use of substance B with similar effects (or worse). The question ‘if not A, what then?’ should always be on regulators’ minds.

I end my considerations with two quotes that speak for themselves. The first is from Jon Entine, editor of the Genetic Literacy Project and an opponent of a ban on neonicotinoids: ‘There is a tendency in the science media to report on studies, no matter how weak, that suggest problems rather than ones that reaffirm current practices as safe.’ The other is from Randy Oliver, the environmentalist, beekeeper and biologist who has done much work to unravel misconceptions about neonicotinoids: ‘When emotion trumps science, what are farmers and the Plant Protection Product industry supposed to do? It takes millions of dollars to bring a new product to market — including the newer generation ‘biopesticides’ and reduced-risk pesticides. Why should industry invest if their hard work all goes up in smoke as the result of an irrationally fearful public campaign?’