As the struggle around neonicotinoids in the European Union is nearing a decisive phase, and my mailbox becomes overflown with panicky messages from both sides, I decided to make up my mind as to the truth of bee colony collapse: are neonicotinoids (or simply neonics) the cause of honeybee decline, or not? In a few columns, I will report my findings. I warn on beforehand: there is no easy truth.

This is the first of four columns on neonicotinoids and their possible effects on bees, and on the wider issue of biodiversity and its importance to agriculture. Published on 2 May, 4 May, 15 May and 17 May 2017. 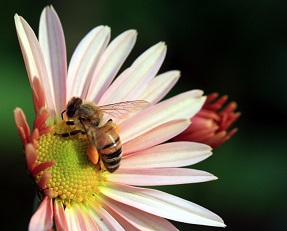 Honeybees are the panda bears of the insect world. Even though their sting may be very disagreeable, their function in nature is so obvious, that it is easy for NGOs to gain our sympathy by asking the simple question: imagine a world without bees – what would it look like? In recent years, NGOs have made up their minds: bee colony collapse is due to the widespread application of a new class of insecticides, neonics, introduced in the early 1990s, that are only now spreading havoc on pollinating insects like honeybees.

It may come as a surprise to people who buy this NGO story, that the number of honeybee colonies is actually increasing all around the world, even on the continents that are supposed to suffer most from the effects of neonics (North America and Europe). Yes, in the US and Europe, many beekeepers have suffered heavy losses between 2006 and 2011, especially in a form so far hardly known to them: totally empty beehives. But after a short dip, populations have recovered. That’s because it’s pretty easy to replace bees. Beekeepers buy new queens and then scramble to build up new colonies — it’s a lot more work and a lot more expensive to keep growing replacements, but the number of hives is primarily determined by economics, and much less so by the health of the animals. And, as historians started to study bee colony collapse, similar collapses have been recorded at least a dozen times since say 1800, always with unknown causes – and each time, honeybees have recovered.

Neonics as a factor in bee colony collapse

In search for the ‘new’ factor that might have caused bee colony collapse, researchers started pointing their fingers at neonics. This class of insecticides includes the following chemicals (with their producers): imidacloprid (oldest, and most commonly used) (Bayer), nitenpyram (Sumitake), acetamiprid (Nippon Soda), thiamethoxam (Syngenta), thiacloprid (Bayer), clothianidin (Bayer/Sumitake) and dinetofuran (Mitsui). They are called neonicotinoids because they resemble in their structure nicotine, with artificial alterations. Nicotine itself resembles caffeine, the well-known stimulant. This parallel may pop up a few times in my story. Neonics are widely used in agriculture, they now amount to one third (in monetary volume) of present global insecticide use. They replaced more toxic chemicals like organophosphates and carbamates. They are neurotoxins that operate by mimicking in insects the naturally present neurotransmitter acetylcholine, but they block cell receptors, leading to paralysis and death. Neonics are not noticeably toxic to vertebrates. Contrary to former pesticides like DDT, they are soluble in water; and if insects survive, the chemical is degraded quickly in the insect’s body (just like the caffeine that we ingest with our coffee), which means that these substances do not build up much in the food chain. Preferably, they are not sprayed on the plant, but introduced in the plant’s saps by covering the seeds with the insecticide. As pests suck the plant’s saps, they ingest the chemical and die – that’s the idea.

Here, one might ask already: bees being insects as well, would not they suffer in the same way as pests? After all, if the insecticide is present in the plant’s saps, it will also be present in the nectar and the pollen. Yes, but as plants grow, the insecticide will be diluted. In the early stages of growth, when plants are most vulnerable to pest attacks, the concentration of the toxin is high, causing pests to die. In later stages, as plants flower, concentrations will have become much lower and any effects on bees will be ‘sublethal’. All discussions on the effect of neonics on bees and other pollinating insects concentrates on these sublethal effects. These effects may not all be detrimental – bees may even experience a sort of ‘caffeine shot’ that could enhance rather than decrease their activity; no kidding, this has been observed. Nevertheless, the majority of effects reported on bee behaviour has been detrimental, like a reduced ability to find the hive after having pollinated. 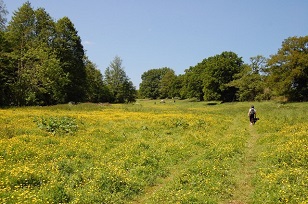 The issue is much larger than bees

We will go deeper into the ‘bees and neonics’ story in the next column, but here we first need to enlarge the subject of our enquiry. Firstly, all serious scientists acknowledge that there are many causes of bee colony collapse. There are four major factors at play here: parasites, diseases, pesticides, and dwindling habitat. The most noticeable factor is parasites, in particular the Varroa mite. Most bee colonies have been infected with this mite now. It not just attacks the bees in their hives, but it also carries a number of disagreeable viruses with it that weaken the bees. As for diseases: preventing diseases has always been difficult, and a species that is particularly harmful these days is the Nosema fungus. Dwindling habitats are a factor that is very difficult to quantify in its effects, but it is bound to be important. Intensification of agriculture all around the world has done away with many hedges, shrubs, flowering meadows, ponds and flower-rich field margins – landscape characteristics that are beneficial to insect life in general; also to honeybees, that need to forage too when commercial crops do not flower any more. And then there are neonics. Each of these factors is known to have a detrimental effect on insect life. Some may reinforce each other. But there is considerable conflict over the question of their relative importance.

The second important issue that we have to keep in mind, is that honeybees are by far not the only species affected. There are other bee species that deliver pollinating services to crops well: bumble bees and solitary bees. And there are many other insects that perform the same function, like butterflies, moths and syrphids; there may be species that we do not even know yet. In Europe and North America, many of these species are in decline, some are even on the verge of extinction. Do the same four factors play a role here? In the same proportion? And what effect does the decline in these species have on biodiversity, e.g. on birds that prey on these insects? And what effect will this decline have on agriculture, notably by decreasing pollinating services from nature? So far, there are more questions than answers in this area. We may never know the true reasons of bee colony collapse.