In the first two columns in this series, I pictured the difficulties in establishing the truth on neonicotinoids (or neonics) and their effects on pollinating insects. The stakes are high. Neonics represent one third (in monetary value) of all insecticides sold globally. But NGOs have waged a war on them. Do we have to ban neonics (as in Europe), or accept them (as in the US)? Or something else?

This is the third of four columns on neonicotinoids and their possible effects on bees, and on the wider issue of biodiversity and its importance to agriculture. Published on 2 May, 4 May, 15 May and 17 May 2017. 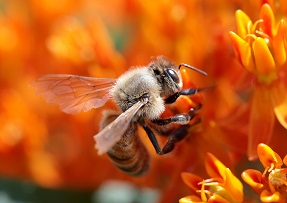 Regulatory bodies act on scientific reports written by respected scientists, assembled in committees that ideally cover all disciplines involved. So here we have the situation that two scientific committees, reviewing the same literature, come to opposing conclusions. How does that work? For my columns, I did not look into the reports underlying the US EPA decision not to ban neonics. But as I felt, having scanned much of the available literature, that it would be harder to come to the conclusion to ban neonics, rather than to allow them, I was curious to read the European Academies Science Advisory Council (EASAC) report that underpins the European position. How do the EASAC scientists argue their position? What is decisive in reaching their negative choice?

The first and very important choice of the EASAC is to extend the field of inquiry to pollinators in general, and not to limit themselves to honeybees. As noted in my earlier columns, honeybees have many characteristics that shield them from the most adverse effects of toxins: they forage very far, therefore have much choice in flowers to forage on, and have a major fending off mechanism in their colony structure, this ‘super organism’, that serves at least to dilute any toxins taken to the hive. There is also an agronomical reason to look beyond honeybees: these are just one of many species delivering pollinating services to commercial crops. A reasonable estimate across all commercial crops is that honeybees are responsible for just 20% of pollination; for some crops it is much more, say two thirds, for others it is much less. Some crops self-pollinate, others are mainly dependent on other species. The yield of many crops increases as they are visited by more pollinating insects. So also from an economic point of view, EASAC is right to extend their inquiry far beyond honeybees.

The findings of the EASAC on ‘non-target organisms’ (say pollinators and natural enemies of pests) are:
‘1. There is an increasing body of evidence that the widespread prophylactic use of neonicotinoids has severe negative effects on non-target organisms that provide ecosystem services including pollination and natural pest control.
2. There is clear scientific evidence for sublethal effects of very low levels of neonicotinoids over extended periods on non-target beneficial organisms. These
should be addressed in EU approval procedures.
3. Current practice of prophylactic usage of neonicotinoids is inconsistent with the basic principles of integrated pest management as expressed in the EU’s Sustainable Pesticides Directive.
4. Widespread use of neonicotinoids (as well as other pesticides) constrains the potential for restoring biodiversity in farmland under the EU’s Agri-environment
Regulation.’

Ban neonics based on EASAC’s evidence?

Now it is not unreasonable to come to these conclusions on the basis of the scientific evidence at hand. Even though some scientists might take exception to words like ‘severe negative effects’. But is it enough to ban neonics? On close reading, the main problem seems to be the ‘widespread prophylactic’ use of neonicotinoids. That is to say: the indiscriminate use of those substances, not just when they are required, but as a general preventive measure. Such a use of neonics will indeed result in spreading these substances far beyond times and places where they will have the intended effect to kill pests. In fact, ‘widespread prophylactic’ use of any toxin will give rise to totally founded objections, if not in ‘severe negative effects’. To me, the committee lacks rigour in its conclusions here. Shouldn’t the committee have addressed more expressly the large-scale, indiscriminate, and at times incompetent use of insecticides? Indiscriminate use of toxins is totally at odds with precision agriculture, today’s standard. 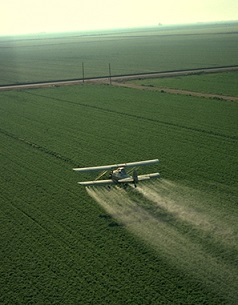 Spraying chemicals is a very ineffective way of delivering the insecticide where it should be. Photo: Charles O’Rear.

Among the many ways to apply neonics to plants, dressing seeds is the most precise technique. Even so, according to EASAC (p.21), just 2-20% of the toxin applied to the seed actually ends up in the plant, where it should be. Insects being covered with toxic dust released in planting the seeds have been a major problem, but careful seed planting will solve this. Still, most of the toxin will enter the soil – from which it may still be taken up by the plant, but from which much of it will migrate into wood and hedgerow plants, worms and soil insects, or waterways (and eventually into aquatic insects). In wet climates, increasing concentrations of neonicotinoids have indeed been observed in waterways – so far, with unknown consequences for aquatic life.

The essential role of biodiversity

I find the same lack of rigour in the committee’s treatment of the effect of neonics on insect life. Yes, many pollinating insects are in decline in many European countries. Yes, there is a shortage of natural pollinating services in some European countries. Yes, many pest predators are in decline as well. Yes, neonics are new in the environment and might well contribute to these phenomena. In short, large-scale use goes to the detriment of biodiversity. But again and again, the committee makes important reservations on possible causal relationships between the use of these substances and such phenomena. Such causal relationships would constitute sufficient cause to ban neonics, but our present knowledge may just be insufficient to establish them.

The EASAC committee pays much attention to the beneficial role of biodiversity on agriculture. This is a much neglected issue, and the committee’s remarks on it are most apt. Agriculture may rely to a large extent on ecoservices delivered by its natural environment – and in ways that we do not yet know of. The decline of natural enemies of pests (particularly insects) is a cause of much concern, and there are indications that neonicotinoids may play a role here. This should send a strong warning signal to farmers and agricultural policy makers. It would be most unwise to undermine the natural processes that support commercial agriculture. As agriculture intensifies, a corresponding effort should be made to create healthy (and untreated) natural areas around farmland – directly adjacent to it, and in the form of major natural areas as well. Crop rotation proves to be an important pest controlling strategy. And agricultural practices should evolve evermore into precision: apply pesticides just at times and places, and in quantities required to prevent the occurrence of pests and diseases; and preferably make use of natural enemies of the pests.

We should keep in mind that neonics represent just a stage in the development of improved insecticides. Mankind came a long way already, from DDT that built up in the food chain and killed birds, to neonics that specifically target insects. New insecticides may be even more specific, both in their design and in their application. In my mind, the highest goal in this area is to contribute to the continuous process of developing better insecticides with less side effects, and thereby speed up the recovery of biodiversity.

Widespread prophylactic use of neonicotinoids should be prevented. But do we need to ban neonics in order to arrive at that goal? The simple ‘allow or ban’ question may not be adequate to the matter at hand. In the final article I will present my personal conclusions; based more on sound logic than on a thorough knowledge of the subject – but maybe valuable nevertheless. Logic should be used more!