You are here: Home / Biobased 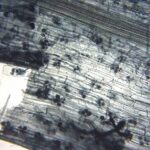 Plant biostimulation is a new approach to agriculture. So far, substances that assisted the farmer were fertilizers and plant protection products, each with a well-known chemical composition. Biostimulants on the other hand are mixtures of compounds and organisms defined primarily by their effects: their beneficial functions to grower, agrosystem and the environment. This is a 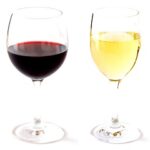 The effects are well-known. After an evening with just a little too much wine consumption, you wake up with a headache. Not because of the alcohol but because of the sulphite in the wine. Sulphite is an antioxidant, a necessary ingredient as wine left on its own will gradually be oxidised to vinegar. But Biolethics 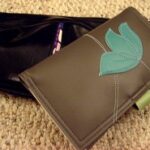 Mankind has known leather for about seven thousand years, now. Leather is durable and versatile. And biodegradable. But it is produced as a by-product of the meat industry, in a process with much environmental pollution. So here’s the good news for vegans: leather-like materials (vegan leather) can be made from mushroom mycelium. With comparable properties 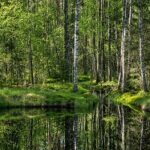 ‘Biobased materials and chemicals are driven by performance,’ we wrote in 2016. They do not compete primarily on cost, but on the new functionalities they offer. Now, in the middle of record low oil prices, this principle receives support from an article in Chemical and Engineering News, CEN. They highlight three companies whose biobased chemicals

PHAs are versatile, biodegradable and promising, we wrote a few years ago. There was just one problem: they were not competitive. So demand didn’t develop. And therefore, they remained not competitive. Gradually however, this vicious circle is being broken. PHAs are on the rise. Prospects are getting brighter. Versatile, promising, biodegradable ‘My advice would always 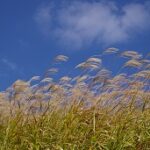 We're glad that @itsligo renewed their @TheEAUC membership! We're grateful for your support and we are looking forward to continue to create a world with #sustainability at its heart together. Find out more and join us: bit.ly/2Li4nrh pic.twitter.com/R7rMSQgKtk

Latest contributor piece from Bettina Hobson focused on sustainable fashion. Wearing your Values is for Everyone: a Glimpse into the Fashion Supply Chain. Check it out ⬇️⬇️⬇️ 📖 blog.supplychainrevolution.co… #Sustainability #SupplyChain #fashion #retail pic.twitter.com/rILk0SP7kn

@CalifiaW In #California, despite our recent winters’ rainfall totals, there simply isn’t enough developed #water. We are bringing a new #sustainable water source to SoCal. Visit us at califiapartners.com #waterinvesting #infrastructure #sustainability

We got solar panels!! So happy to reduce my carbon footprint. If you’re interested, let me know and I’ll send you my link to talk to the company representative we used- she is awesome! #solarenergy #climateactionnow #sustainability pic.twitter.com/tYQDeGJxwL