You are here: Home / 2020 / May / Sustainable biomass: a subject fraught with conflict

Sustainable biomass is a subject dominated by strong and enduring disagreement. Michael Moore’s latest film Planet of the Humans is a recent reminder of that. In the Netherlands, always looking for consensus, the government now tries to develop a ‘widely shared sustainability frame’. What is the possible role of biomass in the energy transition? The first step, a report by PBL, the Netherlands Environmental Assessment Agency, was published this week. Its main conclusion: views on sustainable biomass strongly depend on social and political ideas. 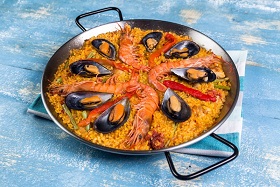 Part of the trouble in discussions is in the term biomass. It can mean all sorts of things. For instance, food is biomass. Photo: Wikimedia Commons.

The underlying report Biomass in Perspective (in Dutch) by De Gemeynt en MSG Sustainable Strategies nicely maps these differences of opinion. ‘What started as a fact-finding mission gradually evolved into a mission to map visions on biomass,’ says the report. Many ‘facts’ are hotly debated and ultimately appear to be determined by a vision. Biomass policy will therefore never be able to fulfil all wishes. Nevertheless, there are quick wins, decisions that will receive general support. These could be executed at short notice. Like laying out more forests.

People differ in their opinions on economic growth, climate goals, conserving biodiversity, soil management, food production and opportunities to steer society. Often, such differences in opinion are reflected in assumptions in calculations. Like on agricultural productivity, the amount of land available, the amount of rest materials that need to be left on the land after harvest, the usefulness of marginal lands for growing biomass and water availability. In the end, such differences of opinion boil down to conflicting claims on land. As the Gemeynt report says: ‘increasing our knowledge is always good, but this will not solve controversies.’ Its project, originally thought to be ‘joint fact-finding’ in the end developed into ‘joint perspective-seeking’. 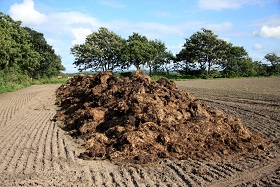 In the end, the ‘Biomass in Perspective’ report formulates five perspectives on sustainable biomass:
1. Climate. Greenhouse gas emissions should be reduced as soon as possible in order to limit global warming to 1.5 degrees. Therefore, biomass should also be used for energy production. Levies on greenhouse gas emissions.
2. Strictly renewable. A renewable energy system based on solar and wind energy and green hydrogen. Preferably locally produced biomass for applications that have no alternative. Biomass is an interim solution on the road to the goal.
3. Biobased resources. A regenerative economy: circular and biobased. Use biomass for high-value applications in chemical industry and as a material. Primarily rest and waste streams. Incineration just as the final step in a cascade of operations.
4. Ecology. Respect planetary boundaries, for instance through circular agriculture. Policy goals: conservation and restoration of habitats and species. Individual life style changes. Only if agriculture and forestry are sustainable, part of the rest streams can be used for high-value applications.
5. Sustainable development. A global perspective, with the goal of improving conditions for local communities. Fair and inclusive trade. There is no shortage of biomass, the world can produce more of it, hand in hand with improvements in social conditions, climate and the environment.

There are points of agreement, says PBL. Stakeholders agree on the goals of climate policy. They judge that we should treat soils carefully. We can and should use wood as a resource, under certain conditions. Biomass is a viable resource as a material and as a feedstock for chemical industry. We should only incinerate biomass as an option of last resort. But opinions differ sharply on the conditions to be set on this. As another underlying report shows, Bio-scope by CE Delft: if climate defines the ultimate goal, we need to use more biomass. 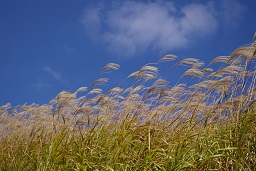 There are major conflicts between the perspectives. As the report ‘Biomass in Perspective’ says: if we put climate first, won’t biodiversity on earth be endangered? Can we realise climate goals in the ecology perspective? Is there any chance of effectuating far-reaching measures for circularity, energy efficiency and renewable energy? Does producing biobased materials have any positive effect on the climate? In which sectors and production chains should we avoid biomass use? ‘The fierceness of the debate in society is a reflection of the conflicts between the perspectives,’ says the report. Social conflicts converge in views on biomass.

An agenda for cooperation

How can we ever move forward in such a polarized climate? Do governments have to try to bridge differences, or should they embrace one of the perspectives? De Gemeynt and MSG Sustainable Strategies suggest that discussions should go on. If only ‘as a platform for the exchange of knowledge and views, and clarification of controversies, around limited subjects.’ This could possibly smoothen conflicts and ease political decision making. But in the end, governments will have to make choices. The most burning question is if we have to put all our eggs into the basket of stopping global warming. If that question is decisive, little room will be left for other considerations. Then we will have to use biomass on a major scale for energy production. But if on the other hand the costs of solar and wind power would fall quickly enough to substitute fossil fuels fast, then there will be room for another perspective on biomass.

On this website, we have always made clear choices. We support perspective #3, biobased resources. Because economic and environmental goals run pretty parallel here: biobased materials have a small footprint and prove themselves to be economically attractive. And because we judge that sustainable solar, wind and water power will take off soon enough – if we succeed in adapting energy infrastructure in time to these new sources.

Moreover: given some more time and effort, better solutions for sustainable biomass will surface. Burning wood is the easy way out, and a lousy solution if done on a large scale. There is ample biomass, the volume isn’t the problem. Mostly side streams and waste like bagasse, roadside grass, manure, food waste, straw and leaves. But in order to process these feedstocks into something useful, we will have to do better. At present, biomass applications use existing infrastructures, like that of the paper industry. In order to process economically all sorts of waste, we will have to set up new production chains; and to perfect some new technologies. It needs time to do so. Time that we should allow ourselves to take.

Interesting? Then also read:
Bioenergy: fine, if from side streams
Better biomass utilisation in the biobased economy
Perspective on renewable energy rapidly changing