You are here: Home / 2015 / November / Better biomass utilisation in the biobased economy

Nova-Institute, together with industry and universities (notably the University of York), developed a new tool for policy and investment decisions: the Biomass Utilisation Efficiency (BUE). BUE analysis will answer two important questions regarding the bioeconomy and bio-based chemicals: how efficiently is biomass utilised? And: what share of biomass ends up in the final product? 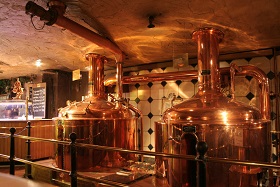 In classical starch fermentation, like in beer production, almost half of the feedstock is wasted in the form of CO2. That may be allright for beer, but not in an efficient biobased chemical industry.

On the biobased economy, I have heard DSM’s Feike Sijbesma and others say that such an economy can only come to fruition and compete successfully with the fossil-based economy, if it is going to be as efficient with its feedstock as the latter. It is a well-known principle of petrochemical industry that each and every carbon atom of the feedstock will eventually turn up in some marketable product. This we can call the very high efficiency of this industry, achieved through a long period of optimisation. Biobased industry on the other hand is just in its take-off phase and is characterised by many inefficiencies, otherwise put: waste of atoms, predominantly carbon and oxygen, from the feedstock.

Take the well-known fermentation of sugars to ethanol:
C6H12O6 –> 2 C2H5OH + 2 CO2
1 glucose –> 2 ethanol + 2 carbon dioxide
180 grams –> 92 grams + 88 grams
Here, only four out of six carbon atoms and just two out of six oxygen atoms end up in the desired product, the others are left to waste. The new metric of the Biomass Utilisation Efficiency (BUE) calculates the efficiency with which matter and energy embodied in the feedstock are preserved during the process and end up in the final product. BUE can be expressed both in theoretical (high) and practical (low) values. For the above equation, the high value equals 92/180 = 51%; the low value is not much lower, for this well-developed process: 47%. The energy efficiency is much higher however: the energy embodied in the two ethanol molecules is 86% of that in the glucose molecule. So we can conclude that the ethanol route from sugars is quite efficient if energy is the desired end product. But if materials are the intended end product (for instance PE, polyethylene, for which the two remaining oxygen atoms have to be removed as well), this pathway is very inefficient, and the suggestion from this is that biobased PE will not be able to compete with fossil-based PE in the long run. 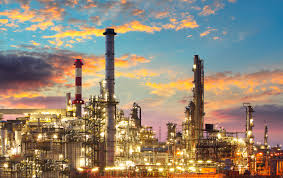 Petrochemical industry uses each and every carbon atom in the feedstock.

Biomass utilisation efficiency (BUE) analysis will reveal inefficiencies in feedstock use. It will disclose easily overlooked wastes in the conversion of biomass to chemical intermediates. It will direct decision makers in industry towards optimal feedstock-process-product pathways. For instance, if one would have the choice of producing acetic acid by direct (anaerobic) fermentation or by ethanol oxidation, the difference in theoretical BUE (90% vs. 60%) would clarify the case at once. In general, anaerobic fermentation has much better scores than aerobic fermentation, with its inevitable production of CO2.

Feedstock rich in oxygen should be used for materials

Another general rule to be derived from BUE calculations is that oxygen-rich feedstock, such as cellulose, starch or sugars, can be best processed to materials. Lactic acid even has a 100% score if produced from glucose, and correspondingly, PLA is an exceptionally good biobased polymer from a materials use point of view. For biofuels as the intended product however, feedstock containing little oxygen (such as vegetal oils) has much better scores. For instance, biomethane from cellulose has a BUE of 20% and synfuels from cellulose have a BUE as low as 12%, whereas biodiesel from vegetable oil has a BUE of 98% (if the glycerol in the oils is used too). The main results are shown in figure: ‘Highest Realistic Biomass Utilisation Efficiency (BUEH) for different bio-based feedstocks, processes and products: chemicals, polymers and fuels.’

‘We anticipate the relevance and importance of insightful BUE calculations will increase as the biobased chemical industry adapts to growing economic and material competition for resources,’ says Kerstin Iffland, the main author of the nova-paper. ‘This paper shows that it is important to combine the right molecule with the right process in the right application.’ We wonder however, what biomass utilisation scores might result from taking into account the entire biomass, including for instance proteins and inorganic components. Cellulose does not equal biomass. Even if cellulose-to-PLA should be efficient, biomass-to-PLA might require additional processes (say, biorefinery) in order to reach scores comparable to petrochemical processes. But this might be the subject of a subsequent exercise.