The development of new polymers is a lengthy and highly underestimated process, says Jan Ravenstijn. Development of new polymers, like new drugs, will roughly cost about two decades and $ 1 billion. Therefore, it will take quite some time for new biobased polymers and biobased chemicals to reach their full potential. It is not surprising that the biobased economy develops slowly. Its requires a lot of testing of its new products – and overcoming the inevitable mistakes as well. 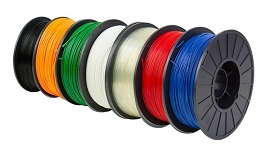 PLA is a very versatile biobased polymer, used in 3D printers and many other applications.

Jan Ravenstijn is a highly respected consultant in the world of polymers. He held senior R&D positions in Dow Chemical and DSM, and specialised in biobased polymers during the last 10 years. He was involved in the start of the development of PLA (polylactic acid) at Dow, back in the 1980s, where he got the task to develop a biodegradable alternative for PS (polystyrene). ‘PLA typically testifies to my view on long lead times,’ he says. ‘The product is profitable now, finally, but it took 20-30 years to get there, after which  the developers still had to reclaim the $ 1 billion development funds, invested in the polymer. Inevitably, there were unfortunate decisions along the way. Proper development requires patience. Dow and Cargill scaled up too quickly and constructed a 140 kton unit right after testing, whereas a 10 kton facility would have learned them the inevitable lessons in process technology, and would have been profitable in the end. For new applications come one at a time. Each of them needs testing and approval, in very diverse markets like automotive and food packaging. You cannot rush that process, or else you will run into difficulties. And surely your price must be right, too.’ 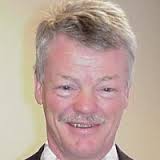 Each stakeholder in the production chain needs to be convinced

The new kid on the block of platform chemicals is succinic acid, with PBS (polybutylene succinate) as one of the major biobased polymers evolving from it. Will the same hold for this substance? ‘We now know that succinic acid can be produced by fermentation from sugars at one third of the costs of the fossil-based pathway. This is not yet the case with the rather small-scale plants built by BioAmber and Reverdia, but it is a fair prediction for large-scale production. But PBS, like all new biobased polymers, must be tested in each of its prospective applications, among which very demanding ones like in automotive and aviation. Just a few years ago, PBS was a small polymer, with a capacity of 6 kton world-wide. It will become much cheaper now, and biobased, and will be biodegradable in many formulations. We can therefore foresee that its market will grow strongly, but not necessarily at a short notice. For this growth, it might not even have to drive existing polymers out of their markets, for the polymer market grows rapidly because of increasing markets in countries like China.’

PBS is biodegradable in many formulations, will decomopose into CO2 and H2O in moist soils.

But even so, says Jan Ravenstijn, there is a long production chain between the polymer producers and the end users like brand owners and supermarkets. ‘Each of the stakeholders in this chain needs to be convinced of the superior properties of the new polymer. The presence of powerful end users, like Coca-Cola and Danone in the case of the PET plant bottle (20% biobased), possibly moving on to 100% biobased PET or PEF, is very helpful in overcoming the obstacles along this path. They can afford to pay a premium price temporarily, and to plan a major changeover of their packaging. But in the case of other biobased polymers like PBS, there is no such powerful end user in sight so far.’

Many promising biobased polymers from succinic acid – over time

‘Nevertheless, succinic acid is a very promising compound in the world of polymers. Its applications not just include PBS, but a whole range of other products like thermosets, polyurethane, polyester resins, thermoplastics, and many other products beside PBS. From succinic acid we can also produce polyethylene succinate (PES) and polypropylene succinate (PPS). It can also be used to produce PESX , PPSX and PBSX, where the X stands for a third co-monomer that would alter the polymer’s properties and biodegradability. There is much to be researched in this area, particularly as to the biodegradability of these polymers in a marine environment (decisive for the question whether these plastics could alleviate the plastic soup problem). Moreover, as noted, the price has got to be right. Summing up, there is no reason to assume that succinic acid and PBS will escape the usual long lead times for biobased polymers and biobased chemicals.’ Says Jan Ravenstijn.