You are here: Home / 2018 / November / Tetraethyl lead, the scandal that never erupted

Modern history is full of stories of new chemicals sold on a large scale and afterwards causing problems. Sometimes, this causes a major upheaval. But by far the largest poisoning in history, that by tetraethyl lead, never ended in a scandal. It just faded away, even though oil and motor car companies neglected well-known dangers, and acted slowly once the toxic effects had been demonstrated beyond any doubt. Did ridding the world from tetraethyl lead indeed result in $ 2400 billion in annual benefits and 1.2 million fewer premature deaths (UN figures)? 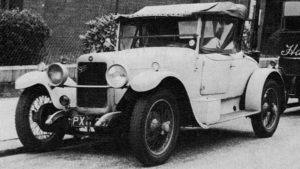 Adding tetraethyl lead to gasoline appreciably boosted the performance of motor cars like this Star 1926 two-seater.

Our story begins in 1921, when Thomas Midgley, working for General Motors, discovers the powerful anti-knocking properties of tetraethyl lead in gasoline. Knocking results from an uneven explosion process in the motor car’s cylinder. By suppression of knocking (‘increasing the octane rating of the fuel’), motor car performance improved appreciably because of better compression. General Motors patented the use of tetraethyl lead as an antiknock agent and used the name ‘Ethyl’, thereby avoiding the negative connotation of the word ‘lead’. ‘Ethyl’ was quickly accepted as the standard in motor car gasoline. Major producers were Dupont and the Ethyl Gasoline Corporation (a joint venture of ESSO, the later EXXON, and General Motors).

Now lead was known to be a poison. This was acknowledged in Antiquity already, and this knowledge was strongly revived in the 19th century. Lead poisoning was a well-known occupational hazard. Acute poisoning will produce symptoms like pain, muscle weakness, nausea and diarrhoea. Chronic poisoning, which is much more common, is often difficult to establish, because the symptoms are not very specific: headache, abdominal pain, memory loss, kidney failure, decreased libido, and fatigue. There is evidence that lead poisoning may result in violent behaviour and a lower IQ (see below). In children, the effects are more severe. They may include loss of appetite, abdominal pain, vomiting, weight loss, constipation, anaemia, kidney failure, irritability, lethargy, slow development, and learning problems. In the 19th century, lead was used in consumer products, notably paints. Because of lead poisoning in children who had come into contact with leaded paints, the latter were banned in many countries from the early 20th century onwards. The League of Nations banned leaded paints in 1922. So already at the start of the tetraethyl lead story, those who developed the new product could have guessed that it would be unwise to distribute large amounts of lead chloride, the end product of the incineration process, into the environment. 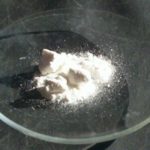 (Incidentally: pure lead and lead oxide, normally the products of the explosion process, would quickly destroy the engine, and therefore agents like 1,2-dichloroethane were used together with tetraethyl lead, producing lead chloride, flushed into the air. Fortunately, lead chloride although toxic, is much less toxic than organic lead compounds, including tetraethyl lead itself. Organic lead compounds accumulate in body fat and in organs like the liver. We don’t know how much tetraethyl lead used to be inhaled during the process of filling up tanks, and the damage to humans done there. Neither do we know how much tetraethyl lead was dispersed into the environment, unaltered at the combustion process).

But from the start onwards, toxic effects of tetraethyl lead were downplayed. Although there had been accidents in refineries, in which the release of tetraethyl lead gas killed at least 17 workers, and although some researchers had warned for public health effects, the dominant view was that this ‘should not interfere with the production of more powerful fuel’ (New York Times, 1924). A public conference did not evaluate alternatives, as the General Motors developers stated that there were no alternatives available. Then already, researchers knew different. One commonly discussed agent was ethanol. But ethanol would have been required in much larger quantities, more than 10% would have to be blended into gasoline in order to arrive at the same anti-knocking effect. No doubt, that would have been more expensive. So finally, the use of tetraethyl lead went ahead. Some researchers still tried to look into toxic effects, but their voices were drowned out by industry. 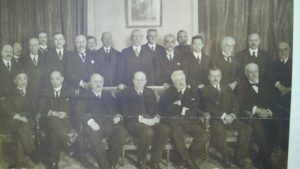 Already in 1922, the League of Nations banned leaded paints because of their toxicity, particularly to children.

It was not until late 1940s and early 1950s, that general lead poisoning of the environment became an issue again. Clair Cameron Patterson, an American geologist, accidentally discovered it. He had developed a method to establish the age of rocks by looking at the proportion between uranium and lead. In an attempt to establish the age of the earth using this method, he discovered that environmental lead distorted his measurements. Being aware of the health dangers posed by lead and suspicious of the pollution caused by tetraethyl lead, he became one of the earliest and most effective opponents of its use. In the 1970s, Herbert Needleman found that higher lead levels in children were correlated with decreased school performance. Needleman was repeatedly accused of scientific misconduct by individuals within the lead industry, but he was eventually cleared by a scientific advisory council.

Because of growing scientific evidence of general lead poisoning due to tetraethyl lead, the US Environmental Protection Agency issued regulations in 1973 to reduce the lead content of gasoline over time, which came to be known as the ‘lead phasedown’ program. This program took effect from 1976 onwards. Not just concerns for human health boosted this process, also lead poisoning of three-way catalysts. The reduction pace was slow; in 1995 still, leaded fuel accounted to 0.6% of gasoline sales. Other industrialized nations followed more or less the same trajectory. Developing countries were slower to ban tetraethyl lead, and in some countries (Myanmar, Afghanistan, North Korea) it may still be used. By the end of the 20th century, there was less need for tetraethyl lead, because of advances in automotive engineering and in petroleum chemistry. Safer methods for making higher-octane blending stocks such as reformate and iso-octane reduced the need to rely on tetraethyl lead; and industry had developed other antiknock additives, less poisonous although not entirely innocent, known under names like MMT, MTBE, TAME, and ETBE. These are all non-metallic organic compounds, their toxicity being in the range of alcohol and ether.

The ban on tetraethyl lead had a notable effect on lead levels in human blood. In the US, the mean blood lead level in the population dropped from 16 μg/dL in 1976 to 3 μg/dL in 1991, where blood lead levels above 10 μg/dL are considered to be ‘elevated’. But on the other hand, scientists now doubt if there are threshold limits to lead toxicity, so that even low levels can continue to have negative effects. And although tetraethyl lead is no longer used, it has left high concentrations of lead in the soil adjacent to roads. This will primarily affect children, who tend to be much more in contact with soil than adults. One of the surprising effects of the phase-out, although mainly statistical at the moment, has been a drop in the violent crime rate. In the US and South Africa, violent crime incidence has dropped a lot, almost along with reduced lead exposure, with a 22-year time lag. The correlation is strong and has been confirmed by several researchers. Even more astonishing is the opinion of some neurologists that in the US, average IQ levels may have risen by several points after the lead phase-out, because of less brain damage to the population, especially in the young. A 2011 study by California State University, backed by the United Nations, found that ‘ridding the world of leaded petrol has resulted in $ 2400 billion in annual benefits, 1.2 million fewer premature deaths, higher overall intelligence and 58 million fewer crimes.’

In retrospect, the entire story has been dominated by industry, backed up by the immense importance that 20th century mankind lent to the motor car. Representatives of the industry played down toxic effects to health and the environment from day one onwards, and after 50 years appear to have yielded to mounting pressure only as they had developed alternatives, and were concerned of the proper functioning of their three-way catalysts. In other circumstances, massive use of tetraethyl lead might have been considered a pre-meditated crime. Shipping the pure stuff across the ocean might have been considered a prelude to a crime against humanity. In view of the immense damage done by the use of tetraethyl lead, it is astonishing that it took us so long to ban it, and that its phase-out has been conducted without any scandal.

Interesting? Then also read:
Neonicotinoids and bees: a heated conflict even on data
Indirect effects, we often ignore them
The role of chemistry in the reduction of plastic waste