You are here: Home / 2017 / December / The role of chemistry in the reduction of plastic waste

In a first article, we proposed that plastic waste should no longer exist in ten to fifteen years from now. This ambitious goal needs to be tackled from two sides: plastics design on the input side, and dedicated processing on the output side. In both processes, chemists play a major role. And industry should show us the way to the reduction of plastic waste.

This is the second of two articles on the reduction of plastic waste. The articles were published on 3 December and 6 December 2017. 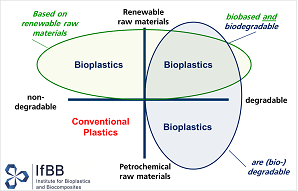 The term ‘bioplastics’ is confusing as it can have three different meanings. Generally, bioplastics do not alleviate the plastic waste problem.

Have a better look at the end-of-life phase

For the vast majority of plastic objects therefore, reduction of plastic waste means designing the plastic in such a way that its end-of-life phase is foreseen on beforehand. This is a major new task for chemists. Take laminates, materials with several layers, often polyethylene, aluminium and paper, designed to attain all properties required for packaging milk, fruit juices etc.: containment, barrier, appearance. Recycling laminates is a nightmare, and even incineration is a substandard solution as the aluminium just melts. But new laminates have been developed that consist of just two layers and are much easier to handle in recycling. With dedicated efforts from science, industry and policy makers, these could swiftly penetrate in the market. We should look beyond the phase of actual use of the plastic and add a new criterion: what will be done with it in its end-of-life phase. The elaboration of this concept already poses a formidable task for chemical researchers and engineers. Chemists should never introduce new plastics any more without an accompanying chain concept – and they should develop chain concepts for plastics already on the market, if doable at all. Constable calls this a chemical ‘design ethic’. ‘To actually achieve effective material recirculation in a circular economy, the initial design of products is crucial. The importance of product design should not be overshadowed by waste management, which essentially has the purpose of treating waste by economical means.’ (Clark et al.) And if all this work is done, we still have to devise suitable accompanying policy measures. 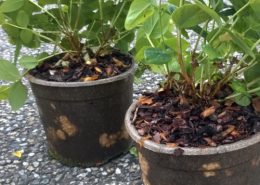 The second task before chemists in the reduction of plastic waste is as daunting as the first one: recycling plastics from mixed waste streams. Recycling companies will of course prefer ‘clean’ plastic return streams that consist of just one plastic. Returning clean plastic streams is primarily a matter of very good organization. In an industrial setting, this can be done without too much effort, for instance with EPS packaging materials. More or less clean waste streams can also result from schemes that involve the general public, with an effective deposit scheme like for PET bottles in many countries. But there is only so much that can be done in this area, and inevitably there will remain a mixed plastic waste stream that needs to be treated chemically if we do not incinerate it.

In the past, chemists have acquired much experience in treating mixed feedstock: in just a few decades in the past century, they mastered the art of processing crude oil, a mixture of compounds almost as difficult as unsorted plastic waste. Recently, chemical researchers developed techniques to treat mixed plastic waste streams by adding so-called compatibilizers: substances that cause better mixing of different plastics when heated, more or less like detergents in an oil/water mixture. This makes it easier for researchers to perform chemical reactions on the plastic waste. This principle can be enlarged if researchers could make use of universal solvents like ionic liquids: if we should be able to homogenise a variety of polymers, we could maybe process them to new polymers with controlled properties. Chemical technologists can then apply their full arsenal of homogeneous catalysis for the reduction of plastic waste, as they did in the petrochemical industry in breaking down crude oil to small building blocks, and reassembling them to new plastic polymers.

Reduction of plastic waste in the entire chain

Chemists can already anticipate on better recycling in the design phase. For instance, we should look upon the use of 40 to 50 different elements in one single cell phone as a token of poor design: this renders recycling almost impossible, even if there were a good recycling infrastructure present. Avoidance of toxic plasticizers may be important. If hazardous chemicals are crucial to the function of an article that mostly consists of recyclable plastics, each part should be clearly identifiable and separable. Clark et al. give the example of LED displays, where a combination of legislation and technological progress has resulted in much better recycling, with much less toxic substances released in the process. Leasing plastic objects instead of buying them could lend a strong incentive to better recycling though a better design. Like the exhibition carpet that entirely consists of PLA: top layer, adhesives, bottom layer. The consumer returns the carpet after use, and then the producer can either just clean the carpet, or separate the layers and process them separately, or completely depolymerize the carpet to lactate in order to produce new PLA from it. Because the producer continues to be the owner of the carpet, they have a major stake at designing it ready for reuse or for recycling.

Finally, we might discover ways to produce complex materials directly from renewable feedstock. Most natural materials are complex, and so are the intended products. The pinnacle of scientific achievement in this field would be to process a complex mixture (like biomass, or mixed plastic waste), and turn it into a new complex mixture with superior properties while retaining complexity all the way. This requires our full imagination – whereas one obstacle will gradually disappear: energy costs. Some good ideas might require a lot of energy – but then, solar based energy sources will become ever cheaper. To such an extent that we should calculate zero energy costs for future ideas and business proposals!

Interesting? Then also read:
Biodegradable or biobased? An on-going debate
Bioplastics: end the confusion
The shelf life of green chemistry