One of the discussions at the Bio!Pac conference, organised by Bioplastics Magazine and Holland Bioplastics last week in Amsterdam, was about biodegradable versus biobased. Bioplastics, around which the conference revolved, are by no means all biodegradable. Is that a problem? Will that be an obstacle to their acceptance? 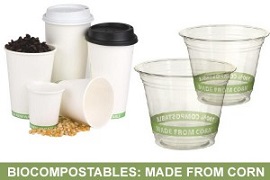 PLA is a very versatile bioplastic, biodegradable in most of its qualities.

Biodegradable, what is that?

Much is unclear about biodegradability, in the eye of the public and even in that of policy makers. At Bio!pac, one manufacturer told me that he once left behind a biodegradable coffee capsule on the desk of a European policy maker. Three months later, he got the question: this coffee capsule being biodegradable, why is it still here on my desk, completely unchanged? To which the manufacturer of course answered: this wooden table of yours, being biodegradable, why is it still here? All depends on the circumstances: temperature, moisture, presence of the appropriate moulds. Consumers would not be happy if their coffee capsules would disintegrate in three months’ time. If your table had been lying in a moist forest during these months, it would surely have degraded to a certain degree.

PLA now is the leading bioplastic in the world, and the question about its biodegradability is exemplary. Most PLA qualities are biodegradable, meaning: they will disintegrate into lactic acid, a naturally occurring non-toxic compound, in industrial composting installations. These operate at 60 degrees and under controlled conditions; within 2 weeks your PLA will have been gone. On the other hand, in your home compost heap, where temperature will not exceed 40 degrees, most PLA (except the lowest quality) will remain unchanged. Some industrial representatives at the conference would therefore even be inclined not no speak about biodegradability at all, the word being quite imprecise. In the marine environment, where much litter will end up, we know even less about PLA’s behaviour. But under industrially controlled conditions, PLA breaks down quite nicely. Therefore, as much PLA as possible should end up in the ‘green’ waste bin. That is why Narocon’s Harald Kaeb concluded: responsible bioplastics users should not just switch from fossil to biobased; they should change their business models too. 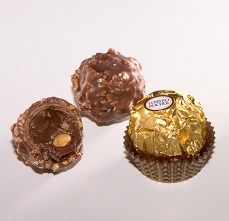 Ferrero is developing packaging materials from leftovers in its production chain. Photo: A. Kniesel

Of course, there are more arguments for PLA (and other bioplastics) than biodegradability. The strongest argument is the plastic’s footprint. At present, PLA’s footprint it is half that of competing fossil-based plastics; and it is still going down, in the future PLA’s footprint may be close to zero. And these are just the technical arguments. Brand owners show a keen interest in bioplastics for their packaging, remarkably both the largest brands like Coca-Cola and Danone, and the ‘small emotive brands’ who typically sell biological products. François de Bie speculated that this is because the first thing the consumer sees or feels is the packaging. And often the last thing they see. So much is about image and feel. But Katja Schneider, responsible for the Biopolymer Network at the German agency for renewable resources FNR also mentioned the downside: brands are aware that bioplastics are made from agricultural products. And they would rather not be drawn into food/fuel-like discussions. But there is a lot of room for surprising innovations – like the tomato trays developed by Dutch entrepreneurs, made from the stems of the tomato plants, and packaging from Nutella leftovers, now developed by Ferrero, the largest hazelnut processor in the world.

So, although the emphasis in their image has shifted from being biodegradable to their biobased sourcing, bioplastics are still looking for a stable foothold. The bioplastics industry is still a young and emerging industry, with many opportunities as shown in last week’s conference.

Interesting? Then also read:
Bioplastics: end the confusion
New Plastics Economy: circular, not yet biobased
Waste is the most important biobased resource; but legal barriers abound