You are here: Home / 2016 / March / New Plastics Economy: circular, not yet biobased

Early this year, the Ellen McArthur Foundation published a policy report ‘The New Plastics Economy, Rethinking the Future of Plastics’. This is an important document, as it wraps up responsible thinking about the mounting problem of plastic waste, and what can be done about it. Action needs to be taken, both for environmental and economic reasons. But whereas waste reduction and recycling are at the core of the policy measures proposed, the foundation overlooks the importance of new biobased materials. 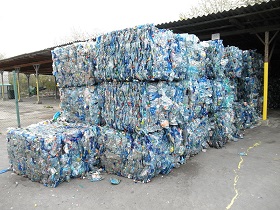 The Ellen McArthur Foundation is the leading organisation in the quest for a circular economy. It has eight major companies as its global partners, in alphabetical order: Cisco, Google, H&M, Intesa, Kingfisher, Philips, Renault and Unilever. Its reports are drawn up by McKinsey. In sum, there is a lot of intelligence and corporate power behind it. It latest report, too, is compelling; the proposed policy measures need to be taken and the proposed research projects make sense. The report first sketches the importance of plastics for the economy and the magnitude of the problem caused by plastic waste. It takes a global view and often highlights how differently plastics are treated in various countries, mainly depending on their wealth and environmental consciousness.

Plastic waste is not just an environmental problem. It also represents a major economic loss. ‘After a short first-use cycle, 95% of plastic packaging material value, or $ 80–120 billion annually, is lost to the economy,’ the report says. ‘A staggering 32% of plastic packaging escapes collection systems, generating significant economic costs by reducing the productivity of vital natural systems such as the ocean and clogging urban infrastructure. The cost of such after-use externalities for plastic packaging, plus the cost associated with greenhouse gas emissions from its production, is conservatively estimated at $ 40 billion annually — exceeding the plastic packaging industry’s profit pool. In future, these costs will have to be covered.’ Better system effectiveness could achieve better economic and environmental outcomes. The New Plastics Economy offers such a vision. The report suggests a major global collaborative approach. This could ‘create a shared sense of direction, spark a wave of innovation and move the plastics value chain into a positive spiral of value capture, stronger economics, and better environmental outcomes.’ 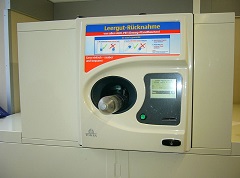 Now is the time to act, according to the report, as many developing countries are now building up their after-use infrastructures. Moreover, as the report notes, society’s perception of plastics is deteriorating and perhaps threatening the plastics industry’s licence to operate. According to PlasticsEurope, an industry organisation, ‘There is an increasingly negative perception of plastics in relation to health, environment and other issues’. Issues such as the plastic soup in the oceans are increasingly capturing the attention of individuals and policymakers. The New Plastics Economy is not just required for environmental reasons – there are compelling economic arguments for it as well. This askes for ‘a concerted, global collaboration initiative that matches the scale of the challenge and the opportunity’.

Elements of such a concerted action would be:
•    taxation or a ban on single-use plastic consumer bags
•    reuse of plastic packaging, now mainly restricted to the B2B sector, to be extended to the consumer sector
•    design of packaging that uses less plastics with less additives
•    a major effort to harmonise labelling and chemical marking of plastics globally, aligning it with after-use separation and sorting systems
•    transform and strengthen markets for recycled plastics
•    improve recycling technology and demonstrate the viability of high-value cascaded recycling.

The report also makes a case for fundamental innovations, such as ‘the development of bio-benign materials; the development of materials designed to facilitate multilayer reprocessing, such as the use of reversible adhesives based on biomimicry principles; the search for a ‘superpolymer’ with the functionality of today’s polymers and with superior recyclability; chemical marking technologies; and chemical recycling technologies that would overcome some of the environmental and economic issues facing current technologies.’ 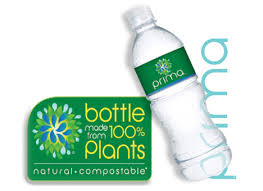 PLA is a successful bioplastic.

After all these fireworks, it is remarkable to see how little room there is for biobased plastics in the New Plastics Economy. They come in at the very end, and with several caveats, such as that they ‘often have challenging economics and can have undesired side effects’. This warning pertains to ‘issues such as land use, competition with food and impacts on agricultural processes as well as biodiversity’ – but these are attributed to the ‘bioeconomy in general’, which looks like guilt by association (to my knowledge, no biobased polymer has been charged to compete with food so far). The New Plastics Economy seems to prefer plastics directly produced from the greenhouse gases methane and carbon dioxide.

I asked Harriette Bos, a biobased chemicals and plastics researcher at Wageningen UR, why the circular economy people tend to play down the importance of biobased plastics. ‘The plastics community,’ she says, ‘has many problems on its mind as things are. Biobased plastics will inevitably add to the number of compounds to be handled. Plastics recycling may be so successful in industrialised countries that recycling companies collect too much plastic now. So they prefer to solve such problems first.’

In ten years’ time, the picture might be quite different

But if we now take a bird’s eye view of the emerging bioplastics, we suspect that many innovative biopolymers will come to the market in the next decade or so, come New Plastics Economy or not. The rapidly evolving technology of treating biobased materials will result in materials with new properties, partly in the form of additions to existing petrochemical plastics. Research will also open up opportunities to produce complex materials from complex biomass, while retaining this complexity all along the production process. For instance, the cellulosic micro fibril technology is rapidly evolving. The plastics picture might be quite different in ten years’ time. We could organise a circular economy either from present-day materials, or envisage the development of materials that would facilitate circularity. The Ellen McArthur foundation tends to downplay the latter in its quest for a New Plastics Economy.