Plants contain many valuable compounds, even in parts usually discarded after the harvest. For instance, waste products from growing paprika (discarded fruit, leaves, binding materials) contain many carbohydrates, sugars and valuable micronutrients like colouring agents, vitamins and antioxidants. The Dutch horticultural sector (in particular the Kenniscentrum Plantenstoffen, Knowledge Centre for Vegetal Substances) has started an inventory of compounds we might retrieve from this ‘waste’. 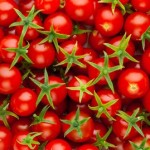 For instance, an inquiry into floriculture leads to unexpected results. Gerberas and chrysanthemums offer a multitude of insecticides, and substances in the carnation slow down bacterial growth and can be used in medicine. Daffodil bulbs contain 1 to 2 per mille of galanthamine (a medication for Alzheimer patients). Tulip bulbs contain tuliposide, to be used as a biopesticide, or as an additive to bioplastics. Moreover, tulips and daffodils contain health enhancing agents like flavonoids and polyphenols. 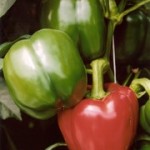 No longer a cost, but a source of income
It is quite challenging to separate these compounds from agricultural and horticultural waste streams. In floriculture for instance, all unsold auction lots are thrown on one heap, which hampers the isolation of special compounds. Collection of side streams of varieties one by one would be more handy. In the paprika sector for instance, researchers have almost reached the point where the side stream can be processed into animal feed. The main product they have in mind at present is wet feed for pigs. In principle, these side streams have considerable value. The Dutch paprika sector now produces some 10 000 tons annually, which now is a cost (for disposal), but which might carry an income of € 1 million when processed to animal feed. 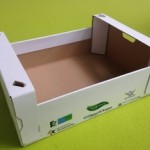 Growing tomatoes might become another good example. In the Netherlands, yearly production of stem material amounts to 80 000 tons. About 10 per cent of that amount is dry matter. Horticulturalists now investigate the production of packaging material (trays) from these fibres. The first tests were successful, the test trays have the required characteristics. Moreover, the plants produce exactly the right amount of fibres for packaging their own yield of tomatoes, in this way the circle is closed. These side streams, too, were just a cost so far. Subsequent research is conducted into the best ways to produce these trays: at a small scale in the horticultural company itself, or in a larger ‘valorisation park’. And there are more innovations around the corner. The press juice of the stems contains bioactive compounds, and feedstock for bioplastics production. In the horticultural world, a popular joke runs that some day, the plant might be worth more than the tomato.

Innovative applications
There are many variations to this theme. The market opens up gradually for innovative applications of vegetal substances. The large side streams of floriculture and bulb growing are an interesting source of specialty chemicals, like plant protection agents. A Belgian cosmetic company looks for partners for recovery of oily substances from tomato seeds, as a feedstock for cosmetics like facial creams and other skin care products. A Dutch company would like to retrieve fibres and bioactive compounds from discarded fruit and vegetables, for vegetable paste production. Another company starts growing purple foxglove (digitalis) in a glasshouse for digoxin production, a substance used against strokes, that we cannot produce artificially. The paper sector shows a renewed interest in vegetal, biodegradable colouring agents. ‘The sky is the limit.’