Green chemistry is threatened both from without and within. In the heydays of classical organic chemistry, in a way many researchers overestimated their powers: they could synthesise anything, even from the drawing board, and better than nature. That overconfidence has silently faded away. In actual practice, the desired properties appeared to be just slightly different, or there were unexpected side-effects. But now, a similar overconfidence might take hold in  the minds of researchers in green chemistry. For, does not synthetic biology offer all tools to construct whatever one would like to do? New life, new materials, new medicines and everything to measure. Would the lesson green chemistry taught us (learning from nature) be forgotten before it is even learned? 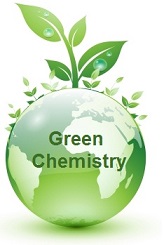 Some fifty years ago, chemists thought they could design materials with any desired characteristics from the drawing board. As short as 25 years ago, pharmaceutical industry thought it knew so much about the human body and its chemistry that it could develop new and ideal medicines from the drawing board. In the end, that led to virtually nothing, rational design failed. On the other hand, the strength of chemical synthesis is apparent from the impressive array of chemopharmaceuticals (medicines from the factory, not from living nature): pennicillins, cephalosporins, beta blockers, ACE inhibitors, anti-AIDS cocktails etc. Plastics too are available in a vast array of qualities.
Success is contagious and often leads to overconfidence. Fortunately, then biotechnology developed, led by the inspiration from nature, that competed with the synthetic modus operandi. The number of successful biopharmaceuticals grows impressively and now approaches that of new chemopharmaceuticals.

The rise of green chemistry is just in its infancy. So far, petro chemistry has managed to keep up well without inspiration from nature. For instance in the discovery of Dyneema, one of the lightest and strongest fibres in the world. Very well suited for use in ship’s hawsers, fishing nets, sails and bulletproof vests. Dyneema simply consists of polyethylene, the most popular plastic in the world – but with all chains at the same length and well-ordered. In spite of all uproar and enthused messages, bioplastics remain just a drop in the lake of the major fossil-based polymers.

From some twenty years onwards, enzymes and the toolbox of genetic modification have greatly enlarged the reach of chemistry – and this caused the growth of green chemistry. Nowadays, researchers can establish which genes are responsible for  which property; they can endow their work horses (bacteria, yeasts or moulds) with these properties by introducing these genes into them. This allows mankind to reproduce nature’s processes in the reaction vessels of chemical industry, a new power that we have just started to explore. Natural processes have been established in many centuries of natural experimentation. Therefore, ‘learning from nature’ is not just fashion but a leading principle that we can continue to develop for many years to come. If nature takes apparently useless roundabouts, these may not be mistakes but purposeful adaptations to conditions not yet explored.

Threats to the shelf life of green chemistry

Traditional genetic modification uses existing genes and introduces these into other organisms. In doing so, genetic modification stays within the pattern of natural processes. And yet, public debate on it has barely started, and it certainly has not yet produced any firm conclusions. Cisgenetic modification, which produces genetic changes within one single species (like introducing lost genes from old tomato varieties into modern ones) tends to incur the least public opposition: in the discussion this seems to be put on an equal footing with traditional breeding methods for improvement of existing varieties. Transgenetic modification, which produces genetic changes across special boundaries, is far from such a level of acceptance. Most researchers hold the opinion that genetic modification (both in its cis and trans forms) is a sustainable technology, essential for better environmental quality and for safe and ample food for the growing world population. For almost all lay people, this last sentence is utter nonsense! This is the external threat to the durability of green chemistry.

Meanwhile, researchers in chemistry and synthetic biology have already taken some additional steps; synthetic biologists design genes from the drawing board and introduce them into many species, creating new processes. This could lead to very good results as long as researchers stay close to natural processes and set enlargement of their reach as their goal. But there is a parallel too with the old organic chemistry. These synthetic biologists, like organic chemists in the past, could be tempted to become overconfident. If they would start thinking that they could do better than nature, they might be caught in the same trap as their organic colleagues fifty years ago. Then for instance, ‘improvement of the Human Design’ might come in sight; researchers would have to start all over again ‘learning from nature’. This is the internal threat to the durability of green chemistry.

Refusing to learn from nature comes with a price

In principle, not learning from nature will cost a penalty. In living nature, each substance is part of a cycle. Whatever one organisms produces, there is always another organism that can process this substance, whereby it is re-introduced into the natural cycle. As organic chemical industry ignored this truth, it was saddled with the production of major amounts of chemical waste. Let us not forget ‘Silent Spring’, and really start fighting its modern version (the plastic soup in our oceans). And let us not be lured into thinking that bioplastics might solve this problem. Expressed in a percentage, the growth of biobased materials may be impressive, but expressed in tons the market growth of traditional polymers is still much larger. Therefore, the task at hand here is to the petrochemical industry. In the past decades, this industry has exerted itself to reduce its waste to almost zero; let this sector now organise the reuse of its products with the same zeal. Sustainability here means that petrochemical industry would learn to think in terms of cycles, like in nature. In modern terminology: ‘remanufacturing’.

And on the other side of the spectrum, synthetic biology will have to exert itself to prevent overconfidence. As it is, researchers in this field have moved much too far ahead of public debate already. One or two major commercial successes, like breakthroughs in the fight against cancer or dementia, could turn overconfidence into irresponsibility. Biologists tell us again and again how interesting their subject is, and what enormous opportunities lie ahead in areas like nutrition and health. At the same time, they tell us how much we still have to learn from nature. Major ambitions like ‘improvement of the Human Design’ are at odds with those messages. The debate on genetic modification may be less heated than at the end of the last century, it certainly has not reached firm conclusions. Back then, the discussion derailed miserably because the dangers were utterly overstated; but because of lack of commercial success, there was not much to talk about in the end. Synthetic biologists will soon prove that they can create artificial life. As long as they confine themselves to microorganisms and to applications in non-living systems (medicines, materials), public debate will go along established tracks. Otherwise, the process and its outcome become unpredictable. In the Netherlands, the Rathenau Institute prepares the ground for a solid discussion. Professional organisations of chemists and biologists should participate much more visibly in such discussions. The subject is much too broad to be left to technologists. Sustainability here means: to participate actively in the public debate. In doing so, we can really kick-start the green wave and ensure a long and healthy shelf life of green chemistry with highly sustainable appications.

1 thought on “The shelf life of green chemistry”

GREEN is WHAT we do. GREEN is ALLLLL we do. SUSTAINABLY is HOW we do it. CAFboard Building Products for Affordable Housing Solutions. Worldwide. #ZeroCarbon. #Sustainable. #Green. #Renewable. Visit us TODAY at builtinternationalbuildingcom… Contact us at gbibuildingco@outlook.com RT pic.twitter.com/Ys1MTkXZYQ

#THANKYOU! #Customers #Friends #Followers YOU are the GREATEST! We appreciate YOU! Have a GREAT Day! Learn more about our #ZeroCarbon #Green #Sustainable CAFboard #BuildingProducts. Visit us at builtinternationalbuildingcom… #Like #Retweet #Friend #Following #Follow #Follower RT pic.twitter.com/V6rlWVCrxW

ALL over the World, greenBuilt International Building Company CAFboard #ZeroCarbon #Green #Sustainable #BuildingProducts are being used to build #housing #affordablehousing. What are YOU waiting for? Visit us: builtinternationalbuildingcom…. Contact us: gbibuildingco@outlook.com. RT pic.twitter.com/n0hBOzh0SZ