You are here: Home / 2018 / November / Indirect effects, we often ignore them

‘Again and again, new products fascinate us: the smartphone, the airplane wing that can be glued, new medicines,’ says Ton Schoot Uiterkamp, ‘but we do not think in terms of chains and generally ignore the indirect effects of these inventions. If the first use is wonderful, we ignore the consequences of second, third and fourth uses.’ 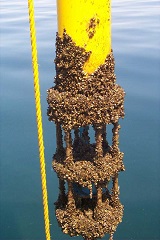 Ton Schoot Uiterkamp is an emeritus professor in the environmental sciences at Groningen University in the Netherlands. In his profession he observed that mankind often ignores the indirect effects of inventions. He can quickly mention one example after another one. Take for instance problems with organotin compounds. ‘Formerly, people used mercury compounds as protecting agents of ship hulls, in order to prevent barnacles to cling to the hull. The consequences of such ‘fouling’ for fuel use are dramatic, hull resistance increases a lot – a problem that was known in Antiquity already. But mercury is well-known to be poisonous. For a while, researchers looked for solutions in the vein of materials resembling shark scales, because sharks do not have fouling, but that proved to be too complicated; and in the 1970s they chose organotin compounds. Toxic to be true, but once dissolved in water they would soon disintegrate to harmless tin and tin oxide. But in seawater this assumption proved to be false; there the organotin compounds were much more stable. People first noticed the consequences around marinas, where periwinkles and molluscs disappeared. Later, the causes were discovered. Molluscs are hermaphroditic; but the organotin compounds cause the male organs to grow and the female organs to shrink, and this stands in the way of reproduction. Well-meant, this invention, but with counterproductive consequences in the end.’

‘Refrigerators show a similar story,’ says Schoot Uiterkamp. ‘The first modern refrigerators were introduced in the market in 1928. They had the compressors on their roofs. This was because the cooling liquid consisted of a flammable gas like propane or butane, and when this leaked (which was fairly common), they could explode. If the compressor was mounted on the back, this would destroy the entire device, whereas damage would be manageable with the compressor on top. A major step forward was the discovery by Thomas Midgley, that CFCs (chlorofluorocarbons) were excellent and inert cooling liquids. But the way mankind has embraced CFCs is a classic example of our one-sided interest in direct effects and neglect of the indirect effects.’

One of the first commercial refrigerators. Photo: Wikimedia Commons.

‘Thomas Midgley is one of a kind as an inventor. He invented two products that seemed wonderful at first, but which have been discarded in the end because of the major damage they did to the environment. Next to CFCs for refrigerators, he also invented tetraethyl lead, at first a successful anti-knocking compound in petrol cars. But that invention too was banned after his death, because of the indirect effects of this compound, that poisoned the environment with lead particles. With CFCs, it lasted until 1972 until a blow was dealt to their reputation. James Lovelock, the same who drew up the Gaia hypothesis (the Earth is a living organism) performed measurements with the Electron Capture Detector that he had invented. This device can show the presence of gas molecules in very low concentrations. On Ireland’s West coast, far from any industrial centre, he discovered unknown peaks; eventually these proved to be caused by CFCs. And that was a major discovery, for CFCs are not produced by nature, they are wholly man-made.’

What then were the effects of CFCs in the atmosphere? In 1974, Mario Molina and Sherwood Rowland published a much-discussed article in Nature, in which they suggested that these compounds can cause the disintegration of ozone molecules in the stratosphere. Ozone covers the earth in a layer at about 30 km altitude, protecting us from the sun’s intense ultraviolet radiation. Therefore, CFCs could have indirect effects: in the stratosphere they might be broken down, precisely through this ultraviolet radiation, so they wrote, and the chlorine atoms released would break down the ozone. A major investigation programme was set up, which showed that all these suggestions were correct. Molina and Rowland were awarded the 1995 Nobel Prize for chemistry for this contribution, together with the Dutch researcher Paul Crutzen who had also studied the breakdown of the ozone layer.

In 1987, the damage done to the ozone layer by CFCs was generally accepted and the Montreal Protocol was enforced, that banned CFC molecules, says Ton Schoot Uiterkamp. Also of major importance was that Dupont and other producers had given up its resistance to reduction policies. They now had completed new production lines for substitutes and suddenly appeared to be in favour of the new policy. But halogenated hydrocarbons are still being used, among others bromated chemicals for agricultural purposes, which has slowed down the recovery of the ozone layer. But now, even China does not use CFCs anymore in refrigerators. Like before, the cooling liquid is propane or butane, but now in a stronger encasing.

Indirect effects in the economy

‘In economic science, neglect of indirect effects has been continued to an absurd level,’ says Schoot Uiterkamp. ‘Economic model builders work on a ceteris paribus basis (i.e. all parameters not covered by the model will remain the same), by which assumption they put outside brackets 80% of reality. Model failure because of the rebound effect is well-known: people behave differently because they perceive a change in conditions. Like: this car is so efficient now, I can afford to make an extra trip with it. Public authorities generally just take an eye on the direct effects when proposing tax measures – and tend to disregard indirect effects like tax evasion, filling up the tank abroad, illegal distillation of strong liquors, or growing pot. Economic models have earned Nobel Prizes for many years, but many of them were weak representations of reality.’ 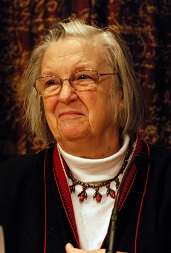 Elinor Ostrom (the first female Nobel Prize winner in economy) was one of the first to have a better look at how things went in reality. Economists for a long time supposed that a common use of natural resources would automatically lead to overuse and depletion; the tragedy of the commons, after a famous 1968 article by Garret Hardin. But Elinor Ostrom proved them wrong, by having a better look at small groups who had solved this problem among each other. They showed that self-governance works in actual practice, if clear arrangements have been made. An ironic version of her findings is known as Ostrom’s law: a resource arrangement that works in practice can work in theory. It boils down to the insight that people can very well devote themselves to the other person’s wellbeing; something that Adam Smith knew already, the founder of modern economic science, says Ton Schoot Uiterkamp. But his successors, the neo-classicists, pretend that people only have utility in mind – as if clean air, love etc. do not matter in human life.

Whereas we now witness the dominant school of economics to strive to become a really exact science, many physical scientists now tend to think and act from the whole. Like ecologists. ‘And consider our major new insights into the importance of the microbiome of our guts,’ says Schoot Uiterkamp. ‘Those three pounds of subtenants are quite powerful, even to the point of putting into question our free will – if they call for lactic acid, we will most likely fulfil their wants.’ There is a circular movement between holism and reductionism going on. In the life sciences, the science branch that studies living organisms, many scientists do not work on a holistic but on a reductionist basis, like molecular biologists. ‘But sometimes we do a better job when thinking in multiple levels, like Elinor Ostrom also indicates,’ Schoot Uiterkamp says. ‘Not just in part and whole, but also in intermediate levels. For instance with regards to the energy system. I consider energy autarky to be non-realistic. Yes, it may work on the micro level. But it will not work in the energy system as a whole. Take solar power. There is a tendency both towards solar parks, and towards solar rooftop panels. That more or less creates an intermediate level between the large scale and the small scale. With a regulatory system and a decision making system of its own.’

‘And we should never forget that systems can develop emergent properties as well, properties that stem from the organization of the system and cannot be understood by simply adding up its constituent parts. This is disregarded by reductionists. Emergent properties can have a dramatic impact, and you will not observe that if you just take into account micro systems and add them up. Then you miss for instance that suddenly a river develops in the system by adding up constituent parts to a whole, or climate change, just to mention an item.’ Says Ton Schoot Uiterkamp.

Interesting? Then also read:
Systems thinking is not our forte
Biodiesel causes storage tanks to corrode – about unintended consequences of new developments
Count on mankind’s stupidity – and its resilience