You are here: Home / 2012 / December / Count on mankind’s stupidity – and its resilience 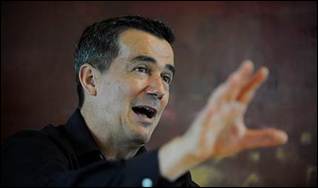 Climate change is going to disrupt society, that is for sure, says Paul Gilding. We cannot avert disaster any more, as mankind in its stupidity does much too little about climate change. Until it is too late and disruption will engulf us. But here is the surprise, at that moment people will begin to act. Then mankind’s resilience comes into play. And everything quite impossible at an earlier stage (like stopping to use coal, oil and natural gas) will then suddenly happen.

The impossibility of continuous growth
Paul Gilding, famous consultant and environmentalist, was a speaker at a lunch meeting in The Hague, with Gavin Neath, Vice President Sustainability at Unilever. It is quite simple, he said, to acknowledge that we will have to change. The principle of continuous growth is at odds with the laws of nature. We act as if the market has ‘cracked the code of human progress’, but we are not going to raise 9 billion people to European standards of living. That would mean a production 15 times the present one. It is just not going to happen.

Moreover, human beings do not get happier from getting ever richer. The step from poverty to the end of hardship is very important, but after that a rise in income will not contribute to happiness – if people get very rich, they will even get unhappier.

Russian roulette
Nevertheless, we head for disaster full speed. Suppose that we – on the basis of IPCC models – would want to reduce the chance of a disruptive climate change to 20%, that would already be a game of Russian roulette. Then we will finish up our entire CO2 budget in 12 to 14 years. In order to avert this, we would have to phase out fossil fuels entirely in 20 years. That is just not going to happen.

Here a universal law comes into play. People do not react to disaster coming. They stay in denial – until it is too late, and even after that. But here is the good news: once crisis has hit us, people react with unimaginable resilience and make choices one could not have imagined before. 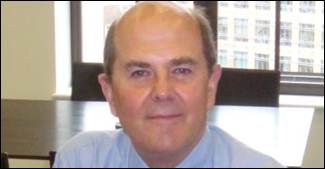 Ambitious goals
Gavin Neath, the other speaker, gave excellent examples of what companies can do about sustainability. He did so from a sense of humility, for it was not the corporate community but NGOs who started awareness about sustainability; and from the insight that not a single company is doing enough yet. Unilever consciously uses the engineer’s joy in meeting unequivocal and ambitious standards. Like: cut in half water use; and then again.

Cooperation is of the essence. On its own, Unilever removed all greenhouse gases from its cooling machines. In order to get the same result in the US, they needed a broad coalition with, among others, Greenpeace, Coca-Cola and Heineken.

Pave the way
Deforestation, one more persistent problem. According to calculations, it is responsible for more greenhouse gas emissions than transport. An even broader coalition, representing 5% of the world economy, has persuaded US government to support a plan to secure in the entire value chain that not a single tree will be felled any more for palm oil and soy.

Hans Eenhoorn, he himself having been active in establishing Unilever’s sustainability strategy and now in True Pricing (see our column on that subject), asked Paul Gilding if he regarded this kind of corporate action as no more than ‘pissing against the wind’, keeping in mind what actually would be needed. No, Paul said, once mankind eventually comes to its senses, such initiatives will have paved the way on which we will be able to continue.