Driven by government regulations and concerns regarding environmental preservation and depletion of natural resources, the bio-based solvents industry has faced an exponential rise in demand and a push towards the development of innovative green solutions. These solvents, among which bio-acetone and bio-ethanol, are an effective and low-cost alternative to conventional solvents. 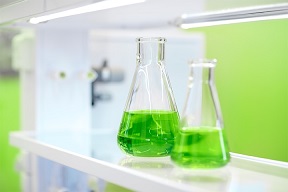 Solvents are a vital ingredient of chemical processes and products. They are used in a wide number of industrial applications including agrochemicals, paints & coatings, household and industrial cleaners, and pharmaceuticals. Nowadays, consumers choose solvents not just based on their physical properties, but also on their impact on the environment. Many consumers now prefer eco-friendly solvents or green substitutes over conventional products, they value environmental benefits and workers’ safety. As industries are entering into an era of eco-friendly products and environmental awareness, and as bio-based solvents provide excellent performance, both financially and environmentally, they are vital in the coming years.

Most bio-based solvents are made from sugar, corn, or beet. They are chosen primarily for the reason that they possess the ability to replace oil-based solvents and are as safe and as effective as the traditional options. Moreover, green solvents do not release toxic byproducts and volatile organic compounds (VOC) during manufacturing. Owing to their high boiling point, low toxicity, and low miscibility, many green solvents have become popular in the recent years. These solvents are mainly used for coatings, paints, printing inks, personal care products, cosmetics, sealants, and pharmaceuticals, and therefore, sustainable solvents suppliers see the demand for bio-based solvents growing fast. According to Allied Market Research, the Green & Bio-Based Solvents Market is expected to register a CAGR of 4.3% in the period of 2014–2020. Therefore, numerous manufacturers are seeking new ways to develop new water-based solvents.

Recently, Circa Group, a company that offers solutions for the conversion of waste biomass into advanced biochemical materials, manufactured and introduced a bio-based dipolar aprotic solvent, named cyrene, that can be also used as an alternative to petroleum-derived Dimethylformamide (DMF) and N-Methyl-2-pyrrolidone (NMP). The main advantage is the chemical structure of cyrene, hat provides polarity almost similar to NMP without the inclusion of an amide group that is associated with toxicity. It has a density of 1.25 g/ml and does not contain chlorine, nitrogen, or sulphur, which reduces pollution problems. In addition, cyrene is a stable bio-based solvent and upon biodegradation or incineration, it yields only water and carbon dioxide. Thus, cyrene has become a greener substitute in numerous industrially relevant applications such as carbon cross-coupling reaction and graphene synthesis.

A report commissioned from Wageningen Food & Bio-based Research proved that there are various green solvents that can be used instead of the controversial polar aprotic solvents including NMP, DMF, and DMAc. The study focused on finding substitutes for these polar aprotic solvents as these cause fertility issues in female employees in chemical plants. The study concluded that new materials with unique chemical formulae and properties can substitute the aprotic solvents. Moreover, the new materials can increase feasibility and viability. As the feedstocks for the bio-based products are readily available, these can be manufactured in a large quantity. Daan van Es, senior scientist at Wageningen Food & Bio-based Research said, ‘We have identified a large number of potential replacements, but they are not yet in production as substitutes for the relevant polar aprotic solvents such as DMAc and NMP. It is, however, crucial to understand the issues such as technical feasibility, the availability of raw materials and the viability of commercial production. Our study presents all this clearly.’

But some solvents are so useful and convenient that the side-effects caused by them are ignored. For instance, dry cleaning solvents. These produce several harmful waste products including carbon, dyes, grease, and various filter materials. However, Green Biologics has developed SOLVONK4, a bio-based dry-cleaning solvent made from corn. SOLVONK4 is a single ultrapure and green solvent that cleans better than the traditional solvents and does not harm the environment or create any health-related concerns. Moreover, it is the first and only bio-based solvent in the dry-cleaning industry. Peter O’Loughlin, the Vice President of Global Sales, Green Biologics, said that the company has been working with Kreussler, the textile chemistry company, to bring SYSTEMK4, the bio-based dry-cleaning solution, to the market. ‘The product is an excellent example of how we specialize in collaborating with market leaders to leverage our renewable specialty in new and unique applications to deliver value to the customer,’ he said.

Green solvents: an ideal solution to save the environment

Several criteria should be fulfilled in order to call a solvent ‘green’. It should be bio-based, functionally non-VOC, non-toxic, biodegradable, and recyclable. Ethanol is the oldest and most successful bio-based chemical solvent used in commercial production. It is most commonly used in detergents, cosmetics, lotions, shampoos, soaps, and other consumer products. Ethanol accounts for a very small percentage of total demand for solvents. Also acetone is widely used. Bio-acetone is commercially available in significant quantities and is available naturally in various fruits and vegetables. And then, demand for bio-glycerol has increased in the last few years. The use of glycerol as a solvent has been limited, but a recent study suggests that it has a huge potential to replace a number of solvents. Moreover, bio-glycerol is produced as a byproduct of biodiesel and is available at a relatively low cost. Even after taking into account one-off conversion costs, operating costs, and regulations associated with the use of a new solvent, bio-based solvents often prove to be effective in the near future. Green solvents are bound to play their part in securing a greener future.

Interesting? Then also read:
Cyrene, a biosolvent, to end the use of toxic solvents
Trend: green cosmetics
Purification of bio-based chemicals on an industrial scale