You are here: Home / 2016 / December / Purification of bio-based chemicals on an industrial scale

Separation and purification are essential processes in the production of bio-based chemicals. This is challenging because bio-based compounds can only be manipulated under mild conditions. Scientists and engineers are trying to overcome these challenges and at the EFIB-event in Glasgow, last October, various innovative separation techniques were presented. 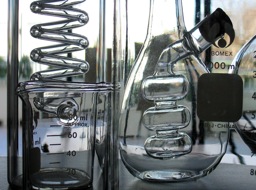 Two case studies were presented by Anthony Lloyd from multinational Novasep, specialised in downstream purification for the life science and the chemical industry. The company develops separation technologies, and they scaled up two techniques, ion exchange and chromatography, from laboratory to industrial application. Ion exchange is used to remove specific components from a liquid and chromatography is used to separate a mixture of different substances. The problem is that with increasing concentrations or volumes, as in industrial applications, these technologies become exceedingly uneconomical.

A second case study mentioned by Mr Lloyd involved filtration and purification of a fermentation broth. According to Novasep, this separation process utilizes ceramic membranes, after which a continuous ion exchange process obtains a purified product with a recovery rate of >99%. As with the chromatography process, by turning a batch process into a continuous process, Novasep claims to reduce operational costs (OPEX, Operational Expenditures) by better utilization of the installed process capacity with a more economical consumption of chemicals and water. 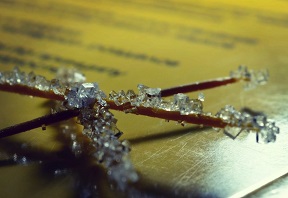 A new crystallisation and purification method

The Dutch company SoliQz, based in Rotterdam, combines crystallisation with a hydraulic wash column to recover and purify a whole range of bio-based chemicals. They characterize crystallisation as “…one of the most promising technologies for high purity bio-based chemicals due to its high selectivity, low energy consumption and mild operating temperatures.” By selecting the type of crystallisation depending on physical and chemical characteristics of the chemicals, they claim low-cost processes are available to produce high-purity bio-based products. According to SoliQz, by applying a method using melt crystallization, developed by research company TNO in the Netherlands, they can enhance process yield and they can obtain polymer-grade products. SoliQz uses crystallisation knowhow by Armstrong-Chemtec Group, a technology company specializing in process heat transfer, also the owner of SoliQz. Since June 2016 SoliQz operates a dedicated pilot plant, at the Plant One facility in Rotterdam, to execute feasibility tests.

SoliQz characterizes separation and purification as the bridge between conversion and applications. Also Nova Pangaea Technologies stressed that efficient separation is key to obtain anhydrosugars that can be obtained through their Refnova-process. The Nova Pangaea process enables the complete fractionation of lignocellulosic biomass, mainly into so-called anhydrosugars, of which levoglucosan is the major product. Although not all presentations at EFIB covering innovative production of bio-based chemicals elaborated on the importance of separation technology, there was a wide spectrum of separation technologies presented.

Belgian Vito, a Flemish research and technology organisation, explained their efforts on solvent free enzymatic organic ester synthesis. Esters are widely used in industry. To remove the water that results from the production process, Vito uses hydrophilic pervaporation. This technology uses membranes to remove minor amounts of components from liquid mixtures. It is a very mild process and hence very effective for separation of those mixtures which cannot survive the harsh conditions. Another example, as reported by Vito, involves using a desiccant to directly remove excess water from the reaction mixture, obtaining a more efficient conversion rate. A desiccant removes water by adsorption; a well-known example is the sachets of silica gel that come with certain packed consumer goods.

The French company Global Bioenergies uses another approach by fermenting sugars directly to gaseous isobutene. In this process, the product doesn’t accumulate in the fermentation broth, thus preventing a toxic environment for the utilized bacteria strains. The isobutene product can then be extracted from the fermentation gases using proven petrochemical processes.