You are here: Home / 2018 / May / Biodiesel causes storage tanks to corrode: about unintended consequences of new developments

Some two months ago, Dutch newspaper NRC Handelsblad opened with the news that biodiesel caused accelerated corrosion of unlined steel storage tanks in use at Dutch petrol stations. Being a natural product, biodiesel promotes build-up of bacteria that are attached to the interior tank wall. These bacteria produce acids that in turn corrode the steel tank wall, which ultimately will cause leakage. 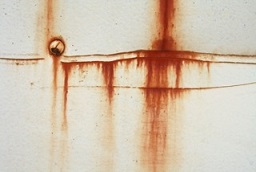 This is a typical example of what the American writer and scholar Edward Tenner calls ‘revenge effects’: unintended consequences of some form of human ingenuity. Some recent examples you could be aware of: the general public not accepting the natural starvation last winter of large herbivores in the Dutch natural reserve Oostvaardersplassen, or sustainable wood burning stoves that emit large volumes of particulate matter, or honey bees that die because of the use of certain pesticides.

Tenner wrote a very readable book about such revenge effects, titled ‘Why Things Bite Back’. He covers numerous examples of unintended consequences, and it is easy to understand why bio-based developments will also be susceptible to the standards that Tenner worked out. He recognizes a re-appearing cycle: intensification (rising use of a trend or development) – disaster (shit happens) – precaution (do something about it) – vigilance (manage and control). The initial disaster is turned into a more diffuse, but manageable, chronic problem, thus dividing the related costs over many more people.

In the case of biodiesel this is illustrated by the need to replace unlined tanks where possible (precaution), and to intensify routine checks (vigilance). For wood stoves it means better rules and compulsory use of filters (precaution), and additional work for the installation sector that provides maintenance services (vigilance). These two examples typically show revenge effects that were known for long time, but did not pose a problem until the use of biodiesel or wood-fuel intensified; in both these cases following promotion and even government obligation, without the proper precautions in place.

Tenner makes clear that unintended consequences are difficult to predict: sometimes revenge effects take decades to manifest themselves, and most revenge effects cannot be predicted only on the basis of small scale testing. Unexpected socio-economic human behaviour plays a role as well as the fact that past experiences and reports tend to be forgotten easily. All these aspects, and many more, can be also projected onto bio-based developments.

I think we have to pay more attention to the unintended, but inevitable, consequences that new bio-based trends will entail, especially when employed on a large scale. As Tenner explains, this inevitability means that we should not embark on new bio-based trends as a large-scale ‘heads-on’ solution for all sorts of things without anticipating possible revenge effects. When employing new bio-based developments, we need diversification, dematerialization and finesse. Although they look at it from another perspective, Alle Bruggink and Diederik van der Hoeven describe exactly such a precision bio-based economy in their book ‘More with Less’.

Tags: Background, Biobased economy
By: Wijnand Schonewille
on: 18 May 2018