IEA Global Energy Outlook 2017, released last November, marks a rapid development in the perspective on renewable energy. IEA has always downplayed the importance of renewable energy for future global energy supply; but in its latest outlook, renewable energy and energy efficiency have moved to the forefront. 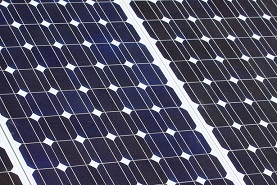 The costs of solar panels have taken a dive. Photo: Wikimedia Commons.

Three of the four large-scale shifts in the global energy system identified by IEA testify to another perspective on renewable energy. They point to the development of a new system dominated by energy efficiency and renewable energy. Firstly: the rapid deployment and falling costs of clean energy technologies; in 2016, growth in solar PV capacity was larger than for any other form of generation; since 2010, costs of new solar PV have come down by 70%, wind by 25% and battery costs by 40%. Then: the growing electrification of energy; in 2016, spending by the world’s consumers on electricity approached parity with their spending on oil products. And: the shift to a more services-oriented economy and a cleaner energy mix in China, the world’s largest energy consumer. ‘Solar is forging ahead in global power markets as it becomes the cheapest source of electricity generation in many places, including China and India,’ says Dr Fatih Birol, the IEA’s executive director, on the IEA website.

These insights will come as no surprise to those who have been following events in the energy sector. For instance, the 2017 Renewables Global Status Report, issued in May 2017, notes that in 2016 ‘for the fifth consecutive year, investment in new renewable power capacity (including all hydropower) was roughly double the investment in fossil fuel generating capacity, reaching $ 249.8 billion. The world now adds more renewable power capacity annually than it adds in net new capacity from all fossil fuels combined. Solar PV was the star performer in 2016, accounting for around 47% of the total additions, followed by wind power at 34% and hydropower at 15.5%.’ 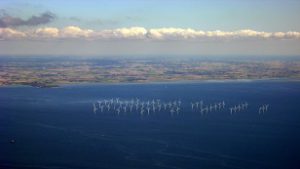 IEA expects renewables to capture two-thirds of global investment in power plants to 2040, ‘as they become, for many countries, the least-cost source of new generation. Rapid deployment of solar photovoltaics (PV), led by China and India, helps solar become the largest source of low-carbon capacity by 2040, by which time the share of all renewables in total power generation reaches 40%.’ But IEA has a long track record of underestimating renewable energy. And we still judge that in its new perspective on renewable energy, IEA seriously underestimates its potential. At present, renewables already account for more than 20% of power generation worldwide (hydropower 17%, wind 3%, solar 1-2%). And let’s not forget that ‘power generation’ accounts for just 15% of energy production globally, which would put renewables’ contribution to the energy system at 6% in 2040. A serious underestimation. In 2016, solar PV continued its 25 yearlong growth of 30% p.a. (it was even slightly up at 33%), and if it would continue at this pace, it could supply all electricity globally in 2032 on its own. Obviously, PV will not sustain this growth rate; but still we guess that next year, IEA will have to make some new adjustments.

Year 2017 too, was a good year for renewable energy, and the changing perspective on renewable energy does not go unnoticed to the financial sector. In a recent blog, Bloomberg New Energy Finance noted that ‘an extraordinary boom in photovoltaic installations made 2017 a record year for China’s investment in clean energy. This over-shadowed changes elsewhere, including jumps in investment in Australia and Mexico, and declines in Japan, the U.K. and Germany.’ In 2017, global investment in renewable energy and energy-smart technologies reached $ 333.5 billion last year, up 3% compared to 2016. Jon Moore, chief executive of BNEF, commented: ‘The 2017 total is all the more remarkable when you consider that capital costs for the leading technology – solar – continue to fall sharply. Typical utility-scale PV systems were about 25% cheaper per megawatt last year than they were two years earlier.’

A heated discussion on 100% renewables

The most recent perspective on renewable energy is that a 100% renewable world-wide energy system might be achievable. A new society to promote this goal has been founded in 2017. But this perspective has led to a fierce debate among scientists. A publication by Jacobson et al in PNAS on a 100% carbon-free USA was contradicted by an article by Clack et al on the same site. The discussion quickly became ugly; Clack wrote that ‘we point out that this work used invalid modelling tools, contained modelling errors, and made incorrect, implausible, and inadequately supported assumptions.’ In a line-by-line rebuttal, Jacobson vehemently denied that Clack et al had shown any shortcomings at all; and Clack answered once more. The heated discussion was reported in many media, among which the New York Times, Motherboard and the site of IEEE, the organization of electric engineers. Of course, it was quickly suggested that Clack et al served the interests of the existing energy companies, even though the authors had few formal ties to this industry.

But then, we can wonder what a modelling exercise on the 2050 energy system can show. There might just be too many uncertainties that stand in the way of proper modelling. Just a review of projects in energy conservation, energy storage and load management will lead to the judgement that a 100% carbon-free perspective on renewable energy is realistic, technologically speaking. But at what cost? How quickly can technologies mature? How flexible can energy demand become? What kind of electric transmission power infrastructure will we need? What will the costs be of all the capital required? And the pace of investment needed? These are issues that cannot be modelled satisfactorily 30 years ahead, as argued by Joshua D. Rhodes on the site of The Conversation. And can anyone, at 3-4% modern renewables at present, tell us why 90% would not be sufficient? Yes, the perspective on renewable energy is rapidly changing. The goal of 100% renewables is technologically feasible. But we might never get there – we might even conclude underway that a percentage between 50 and 100 could also be sufficient for a sustainable future.