In the early days of renewable energy development, its adversaries would tell the world that renewable sources would be hopelessly inadequate. Traditional (fossil and/or nuclear based) systems would be indispensable because we would also need energy when the wind wouldn’t blow and the sun wouldn’t shine. In this crude form, this position proved to be untenable. But the discussion continues, and now centres around the more sophisticated question of renewable energy system costs: the extra costs that we have to make in order to accomodate intermittent energy sources. Will these costs be so high that renewable energy will never conquer a large share of energy supply? Will nuclear and/or fossil energy always dominate our energy system?

This is the first of three articles on the system requirements of sustainable and intermittent energy production. The articles were published on 8 October, 16 October and 22 October 2017.

The question of renewable energy system costs becomes pressing as the regions in the world with the highest renewable energy share (notably Germany and California) run into limits. In California, the contribution of wind plus solar energy is over 10% of total electricity use, in Germany it is 25%. But because of the intermittent character of both solar and wind energy, sometimes German wind and solar by themselves produce more than 100% of electricity demand (e.g. in sunny weekends, when demand is low); whereas on the other hand, in Germany weather may be very clouded with virtually no wind for a week at a stretch or even longer. In the latter case, fossil and nuclear power will have to provide virtually all electricity. In the former case on the other hand, they cannot sell any electricity (renewable electricity having precedence by law). But they cannot shut down because they have to stand by, and therefore much German (fossil-based!) electricity is sold abroad. Contrary to expectations, German CO2 production has therefore started to rise again.

Now these problems arise as renewables account for just 15-25% of electricity produced; whereas electricity is just 15% of all energy used in the world (or more, up to 20-25%, depending on definitions). How on earth could renewables then ever take over a major share of global energy supply – otherwise than by producing a massive amount of solar fuels, thus imitating the fossil fuel system? In Germany, policy measures amount to (1) slowing down further growth of renewables by phasing out subsidies, and (2) strengthening the electric grid, notably by construction of a super high voltage line right from North to South. Extending such a grid all across Europe could help relieve shortages in windless area A by importing major amounts of electricity from stormy area B. Efforts to build that grid are under way, but it will be expensive: between € 100 billion and € 400 billion, according to a November 2015 report from e-Highway2050, formed by the European Union to plan for a pan-European power grid. Of course, the costs of such a grid would substantially add to renewable energy system costs – costs that have not been taken into account so far. On top of this will come storage costs. Wind Watch, an organisation critical of wind turbines, estimates that German storage capacity would have to increase 800 fold to keep electricity supply running in times of bad weather, and concludes that ‘other solutions to avoid the enormous excess energy will have to be found’. And then we did not even mention the costs of turning the electricity grid into a two-way system (from prosumer to prosumer and the other way round), as opposed to the present one-way system (from power station to consumer). BP, in its latest energy outlook, concludes with some satisfaction that ‘assessing the competitiveness of renewables needs to take into account the costs of ensuring system stability as increasing amounts of intermittent energy are added.’ 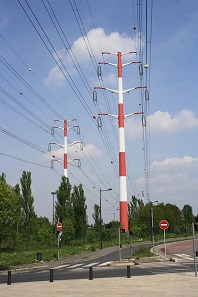 We do not want to play down the importance of this issue of renewable energy system costs – but many estimates of such costs seem to be dominated by the assumption that an electricity system based on renewables will essentially be like the present one. For instance, Gail Tverberg, an independent observer with interesting viewpoints, thinks that ‘adding intermittent renewables to the electric grid makes the operation of the grid more complex and more difficult to manage. We run the risk of more blackouts and eventual failure of the grid…. We can add intermittent renewables, ‘smart grids’ and ‘smart appliances’ that turn on and off, depending on the needs of the electric grid. We can add the charging of electric automobiles as well. All of these changes add to the complexity of the system. They also increase the vulnerability of the system to hackers’. And in a more recent piece, she comes to the conclusion: ‘we already seem to be reaching limits with respect to intermittent electricity supply’, because the costs of adjusting the system to intermittent sources appears to be very high. She notes that the two European countries with the highest percentage renewable energy on the grid, Denmark and Germany, are also the two with by far the highest kWh prices for consumers. For feed-in tariffs, as applied in these countries, boil down to a subsidy for renewable sources from domestic electricity consumers (and are therefore scaled down now). But, contrary to Gail Tverberg’s expectations, the German grid performs very well so far; its reliability at 99.998% (on average 12 minutes of disruption annually) is among the highest in the world, and it does not seem to be affected by the rising share of intermittent sources.

Basically, the issue here is the appreciation of technological development. Many people are technological optimists as long as technology is in the hands of trusted parties, like the oil majors or the automotive industry. But renewable energy sources are a new area, with problems unknown so far, and stakeholders with an unproven status. Moreover, it has become clear, in the words of Fraunhofer Institute, that ‘in just a few years, electricity distribution as we know it will transform radically. This quantum leap in power management requires innovative solutions in power engineering, measurement and control electronics and IT.’ Will we succeed in finding these solutions, and actually reduce renewable energy system costs? Fraunhofer Institute identifies four areas of innovation in the grid: (1) adapt the grid to smaller production units, (2) constantly asses demand and supply, by collecting and processing data on the weather, consumer behaviour, condition and load flow at each grid element (power plants, households, industry) in real-time, (3) load management of large consumers, energy accumulators and decentralized power generation facilities, and (4) stabilise the grid, for instance by increasing cogeneration in industry and homes (fuel cells, gas and Stirling engines, gas and steam turbines).

Towards a new approach

But this agenda could still suffer from the top-down approach that has characterised the electricity system for so long. As if the solution would lie in very large control units in which data on all elements of the system would be collected, and control strategies would emanate from there, based on very smart IT. We suggest that this might never happen. Such systems would indeed be vulnerable, as Gail Tverberg pointed out; and they might not be perfect, whereas shortcomings might have severe consequences. But there is an alternative, a radical decentralised approach, in which regions would take care of their own energy systems; if regions would become more or less autarkic, electricity supply would not run into major risks. Moreover, such an approach could entail much lower renewable energy system costs. But will it be feasible? In the next article we will look into the experiments that take place on the Danish island of Bornholm.