You are here: Home / 2017 / October / System changes that will propel sustainable energy

Some energy analysts propose that system changes will seriously slow down the advent of sustainable and intermittent energy sources. Grid instability and/or its prevention would add appreciably to sustainable energy costs. But some system changes will propel, rather than slow down the development of renewable energy. New entrants like electric car producers will soon develop powerful positions and help these sources to enlarge their market shares.

This is the third of three articles on the system requirements of sustainable and intermittent energy production. The articles were published on 8 October, 16 October and 22 October 2017. 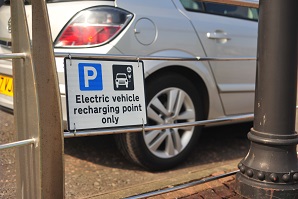 The electric car industry will become a natural ally to producers of sustainable energy.

Incumbent parties play down the importance of renewable energy

On the face of it, the development of solar energy costs would indicate a bright solar future. Costs have come down at a constant rate for 40 years now, and in view of the scientific and technological developments still in the pipeline, price cuts will not stop soon. In sunny areas, solar electricity might even become as cheap as 1 $ct/kWh. Wind energy, much the same story. According to BP, onshore wind energy would even stay cheaper than solar energy for some time to come. The only factor that could stand in the way of solar and wind energies to take over the entire energy system in due course, would be the costs of system adjustments because of their intermittent character. Like major additions to the electricity grid. And this is exactly the card that incumbent stakeholders, like BP, have played in recent years. They have argued that in the past, new entrants in the energy system like oil and gas had a hard time at first. They had to develop new funding; and the existing energy system, with many long-lived assets and much capital invested, put a break on the development of the new technologies. Therefore, BP expects an appreciable slowdown at first in the development of sustainable energy sources. Are they right and will system changes prevent their breakthrough for some time to come?

We disagree. Firstly, the comparison of wind and solar with oil and gas is unfair. Market penetration of oil and gas was difficult primarily because oil companies would have to explore them. Once exploration technologies had matured, these energy carriers quickly penetrated into the market and surged. But solar and wind energies do not have to be explored. They are here, ready to harvest, so to speak. So as soon as solar and wind energies are propelled by market demand rather than by policies and subsidies (and this is increasingly true), there are no technological hurdles that stand in the way of an accelerated growth. As they take off, mass production will drive prices further down. And as industry starts to earn more money, it can devote more funds to the development of better devices, once more accelerating growth. Part of these earnings will go into the development of system changes, if the present system would stand in the way of the sector’s growth. 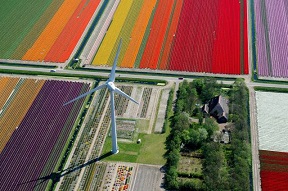 Farmers who own a wind turbne could have a business on the side: charging car batteries.

Secondly, there are allies. They will play an important part, because they themselves represent the technologies required for system changes. The most important of these is the electric car industry. Each year, the automotive industry renews and reinforces its commitment to a quick penetration of electric cars on the market. The most recent forecast for 2030 numbers 157 million electric cars world-wide. This trillion dollar industry will of course do its utmost to service its customers adequately. With batteries, charging stations and smart electricity supply. Or there will be service companies to fill the gap. Given such a number of electric cars, changing batteries in highway service stations will have been made easy. Customers might have several batteries at home – devices that will not be expensive any more in 2030, as battery costs come down quickly as well. Supermarkets might develop battery changing services. Farmers who produce an excess of solar, wind and/or biogas electricity, might have a battery charging business on the side. The sheer amount of storage capacity of these car batteries will amount to system changes. Of course, these batteries will work both ways; they are charged from solar or wind energy delivered to the grid, and they can deliver electricity to the grid themselves if so required (and their owners will be paid for this). All these operations will be monitored and managed automatically by smart IT systems. Batteries combined with solar and wind electricity make for fine regional and automatic semi-autarkic systems, as we argued before. No need for huge investments in major electricity transport grids.

Incumbent industries might even make the best of it and develop new initiatives from their fossil business. A fine spin-off for a sector that does not want to go the same way as the dinosaurs. They could store massive amounts of electricity in their then idle oil tanks, in the form of separated electrolytes. A way of keeping alive their business and the surrounding cities. In short: system changes will not just slow down the development of renewable energy, but also propel it.