Cleantech might have a much better impact on the economy than just sustainable energy. In the large body of literature that investigates the economic effects of climate policy, most economists are on the pessimistic side; they assume that climate policy will be costly and will require massive policy interventions. But because of their one-sided eye on energy, many of them do not realise that matters might be entirely different with cleantech – it might have the support of the consumers! 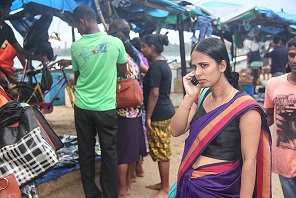 Clearly, consumer-supported products have much more economic spin-off than products that come to the market just because governments favour them. Let us compare the smartphone and the three-way catalyst, both miracles of modern technology. The cell phone and then the smartphone induced many chains of innovation, and many sectors profited: designers and builders of hardware and software, network companies and intermediaries of all sorts and kinds. These devices profoundly changed the economic landscape. Consumers wanted them, and then wanted more and better of the same; made possible by a continuous flow of innovations in networks, devices and apps. In sum, quite a different development from devices that are just policy induced, like three-way catalysts: still in use, but not the motor of inspiring economic developments. Economists tend to have three-way catalysts in mind when they investigate the effects of climate policy, not smartphones. 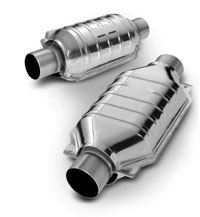 Economists are trained to take a sceptical view. ‘There are no free lunches’ is the famous shortest formulation of economic science; and therefore, economists might sceptically look the other way if and when free lunches are offered, like in the case of cell phones. In fact, economists perform at their worst on predicting breakthroughs or even on investigating their importance as they are happening; and yet, we would all agree on the importance of breakthroughs for economic development. The sceptical reasoning that clouds the economic mind is clearly shown for instance in the European Investment Bank (EIB) report ‘Investment and growth in the time of climate change’ (2012). One of its main conclusions is that many short-term climate actions may be inefficient and therefore ineffective in the long run; and this leads the authors to suggest that in order to ‘shift the focus from short-term effectiveness to long-term efficiency, all instruments for climate action should pass a growth-friendliness test’ (p.216). Imagine such a policy advice in the field of ICT! The rationale behind this policy recommendation is hidden deep in the report, and reads as follows: ‘Green technologies so far do not seem to satisfy new needs but rather replace cheap and versatile energy (e.g., oil) with cleaner alternatives. Thus, in contrast to past ‘enabling’ technology developments, green technologies will substitute for high-carbon technologies based on decarbonisation policies, not on consumer preferences’ (p.174). In short, because solar cells and wind turbines produce just more of the same (i.e. electricity), they will not enter the market through consumer demand, and therefore need a policy push. And as policy pushes tend to suffer from inefficiency, these need to undergo a ‘growth-friendliness test’. 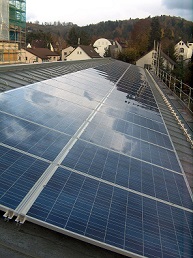 This is a clear example of the GIGO (Garbage In, Garbage Out) thinking that clouds the mind of many economists. The conclusions of the report are not the result of the investigation but rather of the problem definition. The authors doubt the beneficial economic effects of climate policy, not because this shows up in their research, but because they assumed on beforehand that green technologies need to be policy-driven. A closely related form of this GIGO thinking is shown in the report of the semi-official Dutch economic think tank CPB on green growth. The report debunks this concept, which it regards as idealistic. But on close inspection, the only argument for this is their supposition that a green development of the economy will always impose a burden on companies; from this the authors concludes right away that green investment is of very limited value to the economy, as capital invested in ‘green’ sectors (producing growth there) will be withdrawn from other sectors (slowing down growth there) (p.24). They did not have to write a lengthy report if this was their pre-formed idea! What boggles our minds, is that these researchers, claiming to be scientists, have not enough self-scrutiny and are not aware of the fact that their conclusions are pre-formed in their problem definition or in their concept of the economy. True, bodies like EIB and CPB are not policy neutral. They are (partly) funded by public money and would get a slap on their wrists if they would suddenly come up with reports favourable to green politics. But this is no excuse for sloppy science.

Cleantech as an economic motor

So, maybe we should not look at economists for the truth about the future of cleantech. For many economists, technological development is an unknown area; in macro-economic models it shows up as an assumed constant. In reality, there is very little constant about technological development, it comes and goes in waves. The ICT development wave now slows down. Some authors pinpoint cleantech as the possible motor of the next wave. This includes low-CO2 technologies, but the field is much larger by far. In areas like agriculture, chemical and high-tech industries, water technology, medicine, transport and energy, there is a massive drive for benign and sustainable technologies, cleantech in short. Not just developed by researchers, but also eagerly awaited for by producers and consumers. The common denominator of these technologies is ‘more with less’: more (particularly: qualitatively better) results with less inputs. The authors of the abovementioned reports did not bother to look into this development. And therefore they missed the essential point, that the combined effort of these widely different sectors may produce a wealth of new products, qualitatively better than our present ones, and therefore quite eligible as the motor of new economic development. A technological revolution that will in the end make even the three-way catalyst redundant – after all, just an end-of-pipe solution for the problems of an outdated device, the internal combustion motor. The economists only had to look outside the field of energy in order to get the feel for this.

So, did we prove that cleantech will be the new economic motor? Well, this is a first attempt. We will come with more examples, both from industry and academia. But for the moment, we hope to have undermined some of the sceptical views on an economic future that is both prosperous and sustainable.