Long ago, in the seventies of the last century, environmentalists like myself were faced with a dilemma, in short: pollution or frugality. Wealth brought along pollution, and in the last resort therefore, a less wealthy and more frugal lifestyle was the alternative to pollution. Nowadays this problem need not be valid any more: sustainability and economic development go hand in hand in green growth.. 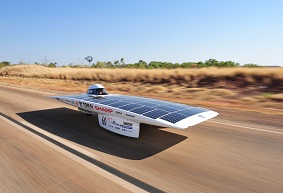 Back in the seventies, many would view dependence on sustainable technologies like solar power as ‘going back to the stone age’.

Does sustainability mean ‘back to the stone age’?

Even in the seventies, the connection between wealth and pollution was much weaker than generally thought. In actual practice, energy use consistently rose less than GNP, because of energy conservation. But the thought prevailed that this might be a fleeting phenomenon; people like Amory Lovins who held that energy conservation was our largest energy source, were looked upon as harmless fools. In retrospect, science and technology at that time had not yet firmly found their development trajectory towards sustainability. The public image (and self-image) of technology was that it was the driving force behind ‘progress’; the pathway of progress was firmly defined, characterised by scale increase with pollution as a regrettable but inevitable side-effect. The pinnacle of science was nuclear physics, a branch of science and technology in which matter is being processed with much violence, producing almost everlasting waste. The top researchers were nuclear scientists (albeit beta), with many alpha males like Edward Teller who sternly addressed mankind every now and then, inciting it not to waver from the straight and narrow path of ‘rational’ technological development. In this climate, sustainability could easily be perceived as anti-rational; a case for ‘soft technologies’ would often be regarded as a plea for ‘going back to the stone age’ (a famous expression in the corporate community then).

Echoes of these opinions still surface from groups of short-sighted conservatives. But meanwhile, the technological development pathway has taken a completely different course, as we have shown in our book ‘Green growth, Towards the society of 2040’ (in Dutch). In branches like high-tech, chemical industry, agriculture and energy, applied research centres around just one theme: better results with less inputs – producing high-quality and high-precision products, using fewer resources, less energy and less land, and causing less side-effects (like pollution and energy losses). This is the principle of green growth. Sustainability and economic development go hand in hand here – they remain distinct but serve one another. 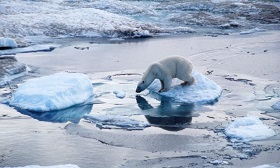 Climate change is a very visible and tangible development – but perhaps not the best change agent in terms of social dynamics.

And yet, proponents of sustainability make little use of this. Often, they concentrate on climate change, and stress scientific evidence that humanity faces disaster. But the social and political setting of the debate is completely different: it is not about science but about interests and ideologies. The framing of the climate debate evokes many more clashes of interest than really necessary. For we need fossil fuels for our wealth – don’t we? And hence, opposition to fossil fuels can relive all ghosts from the past (frugality, irrationality, opposition to progress). Mostly voiced more subtly, like in the well-known sneer ‘wind turbines operate on subsidies’. On the other hand, the frame ‘green growth’ might be able to lend a productive switch to the sustainability debate.

For proponents of green growth, we might formulate this issue in yet another way. Suppose that the world would actually tackle the climate problem and would switch to sustainable energy as quickly as possible – would the world have become sustainable then? No, because the industrial structure would still date from the time of fossil fuels. Petrochemical industry would still exist; resource supply would still be inefficient and wasteful; the economy would still produce a lot of waste; poverty and hunger would not have been eradicated. We tackle all these problems as we develop sustainable technologies, and also create new economic activity in doing so. The cleantech sector is the driving force behind new economic development, a sector that (contrary to ICT) produces real things (in a sustainable way), not just services, and that creates real jobs. Why not shift the focus there?

Often, proponents of sustainability oppose ‘growth’, following environmental economist Roefie Hueting. Also, father and son Skidelsky question growth, from a philosophical point of view. So, why then ‘green growth’? Because growth is change and development, and the opposite of growth is stagnation. But quantitative growth, e.g. of GNP, is not the aim; ‘better results with less inputs’ might even have a negative effect on GNP, that after all measures both results and inputs. ‘Green growth’ indicates that society will have to keep on developing in order to overcome major problems like hunger and climate change. Green growth is about improving the quality of life, and hence of the economy, for more people, causing less damage to nature and the environment. Repeating this column’s title: for its success, sustainability needs green growth!