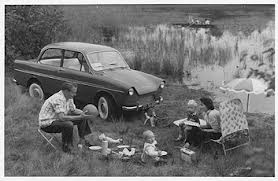 Are we really four times as affluent as they were?

Our world is founded on growth. As soon as economic growth slows down, alarm bells start to ring: pensions are in danger, or employment rates. Even the richest economies in the world, like ours, stay on the course of growth, i.e. want to increase in wealth. Will there never be a state of ‘enough’, in which subsequent growth will be experienced as senseless?

Merely the concept of the ‘enough’, the end of growth, puts into question what is supposed to be a matter of course. Therefore, many economists and politicians will put aside this concept as ‘senseless’. Impractical. Leading to the pursuit of illusions.

It is true: until now, Malthus has been proven wrong. But his shadow still casts upon us. The earth’s resources are limited, and that is fundamentally at odds with continuous growth. Robert and Edward Skidelsky (economist and philosopher, father and son), now have re-ignited the debate on growth with a surprising twist in the argument. In their book ‘How much is enough?’ they argue that we should not put too much emphasis on the limits to growth in ecosystems. This would only call for refutations, more or less in the vein of troublemaker Bjørn Lomborg, who hijacked the environmental debate for ten years, pointing at the uncertainties in models, technological developments, and nature’s resilience. Father and son Skidelsky would rather characterize continuous growth as a logical impossibility. That is why it would be required to investigate a future without  the necessity for growth, the state of ‘enough’.

Partly, growth is: illusion. According to statistics, I now live in a society four times as affluent as when I started my socially conscious life, fifty years ago. Really?

Partly, growth is: development of gadgets, interesting for a short while but unsatisfactory in the end. Like: that I can now enjoy a fortnight’s sun on a Turkish beach for a trifle. And as the latest generation of iPhones is also available in a € 2.400 version – would this really be worth twenty times as much as a simpler model?

Valuable substitution
Partly, growth is: valuable substitution. Forty years ago, the ‘Limits to Growth’ report judged mercury to be depleted in thirteen years’ time. Forty years later, proven reserves of mercury are equal to those in 1972. We made up recovery with new finds. But now, depletion time of mercury is calculated to be seventy years. We reduced world mercury consumption by more than 80%. All major uses of the seventies, like tooth fillings, electrolysis, and fungicides in paint, have been reduced to almost zero by substitution. And how would that reflect in national income? If the patient pays now more for his new filling, this will show as an increase in national income. We will need more of this kind of growth!

Partly, growth is: change. The opposite of growth is stagnation. Obviously, that is not what we want! Would not be growth, however defined, be preferable to that?

Robert and Edward Skidelsky dust off an essay of the great Keynes. In the middle of the great depression he sketched a future where growth had levelled off to a saturation level. A twenty hour working week would do. In Keynes’ mind, this result would have come about around now. But clearly, it has not, so far. Do we have to grow further in order to get there?

Robert en Edward Skidelsky, How Much is Enough? The Love of Money, and the Case for the Good Life. Penguin, 2012.
Roefie Hueting: http://www.sni-hueting.info