Major pharmaceutical companies (big pharma) are having a difficult time. Shareholders complain about falling profit margins; governments, insurance companies and patients complain about sky-high medicine prices. Industry should find a new direction – but which one?

This is the first of four articles about the pharmaceutical industry. 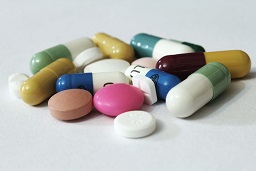 The second half of the past century was the heyday of big pharma. Many companies wrote their profits in double digits. And measured in effect on public health improvement, its achievements were impressive: vitamins, antibiotics, cardiovascular agents, anti-aids medication, anti-rheumatism medicines etc. But by the end of the century, business was falling off. It took increasingly more time and money to discover new medicines. And the added value for public health came under scrutiny. Just remember cholesterol-lowering drugs. Biotechnology and gene therapy promised much, but did not deliver; development costs rose all the time. Industry devoted more money on lawyers in order to sustain existing positions, than on discovering new medicines. GSK’s Ranitidine, an anti-ulcer agent, is a telling example. Ethics became more and more capitalistic.

It’s time to discover a new ethos. But then, in which direction should industry move? The development of new medicines in its own, often very big laboratories is less successful and more costly than it used to be. The focus now is on the buy-out of entrepreneurs (Gyro Gearlooses) and small dedicated companies. Nowadays, these make the most promising discoveries. But they don’t by far have the resources to carry their invention through the many safety tests, and to market it as well. Big pharma will do that for them. For the sum of the development costs is many times higher than just those of the invention. In particular because of the increasingly stricter safety requirements asked for by governments and society. The public can see a glimpse of this, now a race has started to develop a medication against Covid-19. By the way, most Gyro Gearlooses do pretty well in this state of affairs. Many small inventors have become millionaires. 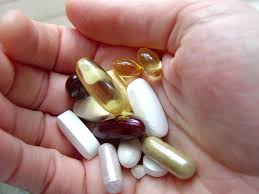 By the end of the past century, big pharma discovered that market prices don’t have to bear any relationship to cost prices. Market prices are determined by what the market can bear. Or by what society judges to be ‘reasonable’ per year of life gained. And for their health, people are willing to spend a lot. In the corona crisis, we even put a hold on the economy for it. Health is priceless, so big pharma discovered. And with them, many other companies that target health, like Philips. But big pharma has most leverage. Although they cannot dictate everything. Their costs are incredibly high. They can never insure the risks they have to take. In product liability they are completely on their own. The heydays of the end of the past century are over. A cause for quarrel in the boardrooms and argument in shareholder meetings. Could the race for a corona medicine possibly lend us a new model? I’m afraid not. It might show most embarrassingly that we will have to think twice. In particular on the extent to which life can be extended by medication.

Then, should we develop medicines otherwise? History doesn’t show any successful examples. The Soviet Union developed nothing at all. Finland, with its special political position between East and West, earned a fortune for some time in the transfer of western medicines. In India, they tried for some time to develop medicines by government agencies. This turned into a Walhalla of expensive jobs for all kinds of scientists, leading to absolutely nothing. In the Netherlands, technological development agency TNO has been charged for some time with government-led medicines development. Never saw any results, the attempt just faded away. Better regulation of big pharma then? Little chance of success. We would have to tackle abuses all over industry, starting at the top. Were attempts even successful to change the behaviour of companies like Amazon, Google and Microsoft?

In the following article: will the new heavyweights India and China show us the way?

Interesting? Then also read:
Towards a sustainable medicines production
New antibiotics – their development stagnates. Why?
Can we engineer life? Development of recombinant-DNA technology

Tags: Biobased chemicals, Economy, Innovation
By: Alle Bruggink
on: 13 May 2020