You are here: Home / 2019 / December / New antibiotics – their development stagnates. Why? 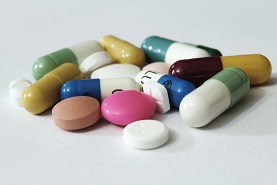 Recently, we ran an article on the avoidance of resistance by leaf-cutting ants in the Amazon basin. Can we learn from these ants? They drag pieces of leaves into their nests; these are digested by fungi – the ants cannot digest the leaf but they can digest the fungi. This system defends itself to hostile fungi by bacteria that produce antifungal compounds. This is a family of closely related substances – if resistance threatens to pop up, the bacteria switch over to another member of this family. This is a procedure that has lent resistance to ant nests for millions of years. Couldn’t we copy that? No, we can’t – ethics stand in the way. For this system is not perfect. From time to time, the hostile fungi do have the upper hand – which sometimes results in entire nests being wiped out. This is an unattractive model for hospitals. And industry will not invest in it.

But maybe, the development of new antibiotics stagnates because of a lack of antibiotics in nature? Would mankind have depleted the natural stock of substances already, in the mere ninety years of our knowledge of this system? Not at all. For instance, in our saliva there are many substances that might be developed into new antibiotics. Likewise, each living organism has a stock of anti-inflammatory substances of its own. There is much social need for dealing with resistance, and therefore a substantial amount of research money is devoted towards this goal. Many universities develop new substances. But they are not being developed any further for commercial application. Industry is supposed to do this. Such a commercial development of new medicines is lengthy and costly, it sometimes takes billions of dollars. And willingness in industry to come up with these sums is waning more and more. 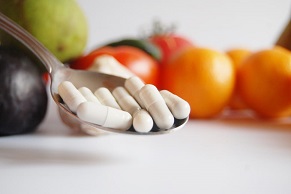 And yet, literature will not mention an unwillingness by the pharmaceutical industry in the development of new antibiotics. Industry reacts to economic stimuli, not to medical ones. Authorities and insurance companies are increasingly reluctant to reimburse the use of new antibiotics to patients, they even pursue a discouragement policy. This used to be exactly the other way around. But why? Perhaps the resistance problem has not become enough of a nuisance, from an economic point of view. Usually, a first infection in patients can be treated quite well by classical antibiotics. The bacteria concerned usually stem from an environment with little antibiotics use, hence with few resistant strains. Moreover, most doctors now know that they have to be careful with antibiotics prescriptions, and that they will have to avoid any preventative prescriptions. From an economic point of view, this limits the gravity of the resistance problem. All in all, there is little encouragement here for pharmaceutical companies to invest a few billion into a new antibiotics program. Even after approval by FDA and EMA, turnover might stay very low. For doctors will only use the new drugs if all others have failed.

But this might cause us to think again on the effect of economic forces in health care. A small economic problem could well be a major social problem. According to UN estimates, globally more than 700,000 people die each year from infections by resistant bacteria, and that number increases year by year. Of course we need to prevent new resistance as much as we can, but in doing so we will not get rid of existing resistance – and its victims. Economic sound judgment may lead to socially unacceptable consequences. Just have a look at the oxycodone (an opiate) addiction problem that rages now in the US. It has been propagated by the fully rational economic behaviour of Purdue Pharma and its owners, the Sackler family (i.e. rational economic behaviour outside the realm of health care). They hid the addictive effect of their drug Oxycontin from the public. When the extent of the damage became apparent, they tried to settle with victims in order to prevent them to go to court. They isolated the family capital from the company. The oxycodone epidemic will keep on raging in the US for some time, with the health and economic problems that it causes. As the age of neoliberalism now draws to an end, we may conclude that shareholder capitalism needs to be restricted! Even if the alternative is not immediately clear.
(By the way, Wikipedia mentions that Adolf Hitler was addicted to oxycodone and other opiates; and that Hermann Göring was arrested with thousands of doses of oxycodone in his possession, together with the entire global stock of dihydrocodeine, another opiate, in two large suitcases)

There may be an alternative to the development of new antibiotics: therapies that control resistance by old medicines. This might prove to be a better earning model for industry. There is a parallel with insecticides. There, industry itself, through its organization Insecticide Resistance Action Committee, promotes ‘integrated control strategies: incorporate as many different control strategies as possible including the use of synthetic insecticides, biological insecticides, beneficial insects (predators/parasites), cultural practices, transgenic plants (where allowed), crop rotation, pest-resistant crop varieties and chemical attractants or deterrents.’ Nature itself has developed many strategies against resistance, like symbiosis in many forms. For instance, some plants, if under attack, emit volatile compounds that attract predators of their attackers.

This reveals another principle: learning from nature. From reductionism to holism; from simple medicines to combination therapies. More than 90% of our stock of medicines is still based on single molecules, even though these may have complex structures. This will be a lengthy process. Testing in order to find the correct combination will be much more difficult. IP may pose difficult problems: how do we formulate a patent for a complex mixture, of which the composition may even vary dependent on the therapy in question. Let’s therefore consult nature first. For chances are that we will not overcome the resistance problem, ever.

Interesting? Then also read:
Towards a sustainable medicines production
Antibiotics resistance, do ants have the solution?
Pesticide resistance, a growing problem