You are here: Home / 2020 / January / The energy transition is a digital transition too

By the end of last year, Dutch Rathenau Institute produced a thought-provoking report on the energy transition (in Dutch). We need artificial intelligence, sensors and other data applications in the energy transition, according to the report. Because we need to switch from a top-down electricity grid to a grid that will primarily be fed from the capillaries – much more dependent on data. We are heading in fact for a double transition: from a central to a decentral system, and from data-poor to data-driven. This will lend an opportunity to data monopolists of all sorts to take control over the electricity system. But according to Rathenau, the public interest should remain leading. That requires an active participation by public authorities. 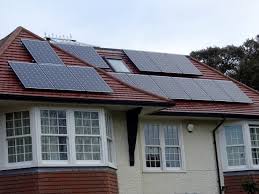 A gird that is fed from many solar panels will have to be controlled by automatic algorithms. Photo: Public Domain Pictures

Government is responsible for a dependable, cost-effective, safe and clean electricity system. As solar energy becomes cheaper all the time, cost-effectiveness will not be a major problem. Neither will the clean delivery. But as energy supply becomes more variable, the system might become less dependable and safe. In order to safeguard these qualities, supply and demand should be matched carefully. And this will require monitoring and (automatic) control, using digital tools like sensors and artificial intelligence. Fed with data from the small-scale capillaries of the electricity grid. ‘Starting from data on demand and supply,’ Rathenau Institute writes, ‘algorithms can control supply for instance by switching off sources or store energy, and control demand by price incentives.’ Without such automatic control systems, the energy transition would even be impossible. But over recent years, data monopolists often have misused their knowledge. Therefore their role too should be kept under control. And there is just one body that can do so: government, public authorities. For we’ve left behind us the neoliberal notion that markets can control themselves.

Five points of interest in the transition

‘Today’s challenge is to use our insight into supply and demand for the creation of a clean, dependable, safe and cost-effective energy supply for everybody – and not just for profit maximization for instance,’ the institute writes. In order to achieve that, it formulates five points of interest. 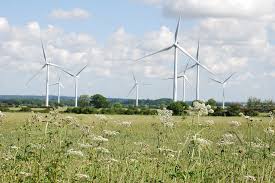 Wind turbines, even though large, are small-scale producers of electricity. Photo: Pixaby.

A reliable electricity supply is of major public interest. For instance, because other vital infrastructures, like communication and money transfer, depend on it. Transport and climate control in buildings will become dependent on it as well. But because of digitalization, this system is becoming vulnerable to software mistakes, unpredictable behaviour of algorithms and cyber-attacks. Therefore, governments should create a ‘robust digital infrastructure’ for the electric grid (including its telecom infrastructure and data centres).

At present, grid operators do not have adequate knowledge and experience in the fields of digital technology and data control. We should prevent high tech companies from dominating the energy market through their data power. Viewed from the Netherlands, there is a European dimension here as well. Therefore we urgently need to strengthen digital innovation, on the national and European levels.

User data can be traded for their commercial value, because they can be used for profiling and for changing the consumer’s behaviour. If we allow this to happen freely, digitalization of energy supply will lead to consumers’ loss of privacy and autonomy. Therefore, governments should regulate for instance that consumers can always check and use the energy data of their own; and that they are allowed to take these with them to another provider. On the European level, the recent ‘Clean energy for all Europeans’ package promises to citizens that they can play a more active role, and have better choices and flexibility on the energy market. Which they need for making well-informed choices on solar panels and energy storage, for instance.

But then, data power wielded by high tech companies often leads the citizens astray. A well-known example is that smart algorithms show different hotel prices to different consumers, on the basis of their earlier surfing behaviour. Therefore, we can only arrive at a fair distribution of costs and proceeds of the energy transition through dedicated efforts. We need to reward rational behaviour – for instance if people don’t charge the battery of their electric cars between 6 and 8 p.m. on a rainy and quiet day. But the report also wonders: are all people inclined towards making rational choices?

5: Develop a comprehensive view on data governance, from the public interest

At present, the collection of energy data is grossly inadequate for the energy transition, because meter readings are being supplied just once a year. Moreover just a few companies are entitled access to these data. But the new European directive 2019/944 stipulates that all relevant parties should be able to do so. The idea behind that is that new innovative parties could accelerate the energy transition. But for the time being, they are being excluded from the arena. For the Netherlands this would imply that the ‘smart energy meter’ should register and supply much more data. Like ‘data behind the meter’, for instance from solar panel transformers and the smart thermostat. Or from charging points for car batteries. The energy sector too, asks for clear guidelines for governance and accessibility of these data.

Data governance in the public interest

In the energy transition, data governance will have to be done with the public interest in mind. For instance, this would imply a non-discriminatory access to data. And collective guidelines on governance of, and access to energy data. Respecting privacy, safety and autonomy. In addition to that, data monopolists should allow fair competition. The algorithms of electricity supply should be accessible to public control.

But the most important question, says Rathenau Institute, is how citizens can have a say over the data driven energy system. In order to prevent uncontrollable tech companies to dominate this system. The governance of energy data should be done in a transparent way, with public oversight. Whoever administrates the data, there should be clear guidelines on access to these data for innovative newcomers, and the citizens concerned.