You are here: Home / 2019 / September / Pesticide resistance, a growing problem

Pesticide resistance is a brand new phenomenon, historically speaking. It was first reported in 1914, just a century ago. A result of chemical, and later biotechnological methods of pest control. And now already, pesticide resistance has evolved into an almost unsolvable problem. Scientific literature about the subject makes for pessimistic reading. Farmers need to use elaborate strategies in order to avoid its major dangers. What can mankind do about it?

Pesticide resistance will pop up sooner or later

Pesticide resistance is the result of natural selection caused by the pesticide. Pests vulnerable to the pesticide die quickly, and therefore more resistant individuals stay alive. Also, naturally occurring genetic modification may produce individuals with resistance to the pesticide. As reproduction rates among pests are often high, we can expect pesticide resistance to pop up always, sooner or later – sooner often meaning within a couple of years, later maybe after 20 years. As resistance mounts and crop losses increase, farmers need to employ new strategies. For nowadays, yields need to be high – society expects farmers to produce them, and these badly need them for their incomes.

When organic pesticides were developed, shortly before World War II, scientists hoped that they would not produce pesticide resistance as did the inorganic pesticides. These hopes were quickly destroyed. DDT was very effective to prevent soldiers to be infected after the Allied landing in Normandy in 1944, but in 1947 already, some houseflies had become completely immune to DDT. This sequence of events has evolved time and again with new families of pesticides: cyclodienes, carbamates, formamidines, organophosphates, pyrethroids. All that in a period of just seventy-five years. As a result, in some areas agricultural losses have increased because of pest damage, even though farmers used more pesticides (and spent a larger share of their income on buying them). ‘Crop losses from damage caused by arthropod pests can exceed 15% annually.’ 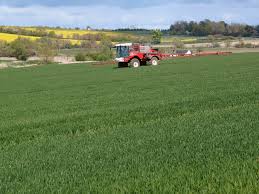 There is herbicide resistance too

Herbicides, same story. The ‘perfect’ herbicide, Roundup (glyphosate), discovered in 1970, inhibits the build-up of proteins essential for the growth of all leafy plants. This involves a mechanism not found in animals, the reason why toxicity of Roundup to animals is low. Monsanto scientists found a bacterium strain with a different mechanism for the production of these essential proteins. They inserted the bacterium’s DNA into commercial crops, producing ‘Roundup-ready’ crops that can be planted after the whole field has been sterilized by application of the herbicide. But the intense pressure caused by the application of Roundup each year has given rise to dozens, maybe hundreds of Roundup resistant weeds all over the world. So now what?

We can tell the embarrassment caused by pesticide resistance from literature. All strategies recommended to control the phenomenon fall short of obtaining a lasting result. Integrated pest management is the key word. It essentially means not overdoing it, and alternating between pest control mechanisms. The Insecticide Resistance Action Committee for instance, an industry-backed organization, recommends ‘as many different control strategies as possible including the use of synthetic insecticides, biological insecticides, beneficial insects (predators/parasites), cultural practices, transgenic plants (where allowed), crop rotation, pest-resistant crop varieties and chemical attractants or deterrents.’ And on top of a gradual build-up of pesticide resistance comes climate change. One set of authors note: ‘elevated temperatures are likely to accelerate insect development and increase the number of insect generations each season.’ 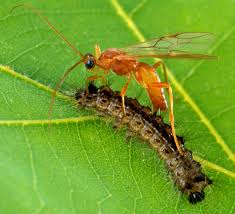 In the end, all recommendations on integrated pest management cannot hide that this will just postpone the surfacing of fundamental problems. If pesticide resistance will show within twenty years after the first application of the product, where will we be a hundred years from now? Just five generations of pesticides further down the line? Do we keep repeating the treadmill? Then we should note that, as for weed killers, few new chemicals are near commercialization at the moment, and none with a novel, resistance-free mode of action. And as for pesticides, they are under intensified criticism, think of the neonics, even though these are much less toxic than previous agents. We may be stuck. Where will this end?

We cannot help noticing that all approaches discussed so far in this article phrase the prevention of crop damage in terms of a conflict with nature. Pests ‘attack’ our crops, therefore we have to ‘control’ them. Or rather, destroy them? As mankind, we have come across the phenomenon of pesticide resistance only recently, historically speaking. And clearly, we haven’t found a good answer yet. Rather, we have to conclude, in terms of Star Wars, that ‘The Empire Always Strikes Back’. Nature is much less static than we thought just a decade ago. It is in a process of continuous change. And with its almost unlimited resources, it will always find a way to circumvent our limited strategies. What to do with this ‘enemy’?

But then, have a better look at nature

The beginning of the answer may be that we take a better look at how nature itself deals with ‘attacks’. In nature, some species do harm each other. But they always leave room for each other’s existence. For instance the abalone, a sea snail with a hard shell, and bristle worms are engaged in an evolutionary conflict: better drills for the bristle worms who feed on the soft snails, harder shells for protection. But they still coexist. Likewise, we may need to leave some room for our ‘enemies’ in nature to coexist with us. We don’t have to destroy them and might even accept a certain level of damage to our crops.

And then, we might find that in nature, plants always have defence mechanisms against their enemies. They produce toxins as they are attacked. Or they release volatile chemicals that attract the attacker’s predators. Such mechanisms may also benefit very diverse species, in a symbiosis. Plants may develop a symbiosis with bacteria, yeasts, moulds and insects. Like the legumes that live in symbiosis with nitrate producing bacteria. Plant’s flowers may be shaped very precisely to the beaks of some birds, in such a way that the birds feed on the nectar and take care of the plant’s reproduction as well. The field of symbiosis may be almost unknown to us, as yet. It may have major messages for us in terms of controlling pests and diseases. DNA research of the soil has revealed the unbelievable diversity of soil life. Taking care of the soil might render us invaluable services.

We may learn to move with nature, waltz with her so to speak, instead of colliding head-on with her. Learning from nature how species enhance and slow down each other. We can copy nature’s strategies; and then also make use of our recently acquired biotechnological skills, with which we can just slightly alter nature’s tricks. We will have to keep developing our strategies, as nature itself is in a process of continuous development. But at least we could develop with her, moving together step by step. That will prove to be much more fruitful than the belligerent strategies that have dominated our approach in the past century.

Interesting? Then also read:
Green chemistry: nature as our teacher
Insects are in decline, around the world. How worried should we be?
Can we engineer life? 4.2 Plant gene technology: Bt aubergines