In the 100th year of his life, James Lovelock wrote an important book: Novacene, The Coming Age of Hyperintelligence. A book that astonishes by the broad view of the author. And that calls for dissent through its consequent logic. A book review drenched in respect and horror.

Of course, James Lovelock is the man of the Gaia hypothesis (1969); the idea that our planet behaves as a living organism. As a ‘self-regulating system’, as ‘a single living organism’. Since the formulation of this hypothesis, Lovelock was bombarded with criticism. But he never withdrew from his position and fifty years later, he still squarely stands by it. Even though the hypothesis cannot be proven, as Lovelock himself declares, through thinking in terms of cause and effect. It requires intuition to grasp its truth. And intuition is not a lesser sort of thinking. For ‘intuitively we can know much more than we can see.’

In its shortest formula, the idea of Gaia is that life on earth is essential for maintaining the earth’s equilibrium. In that equilibrium life thrives, in particular because Gaia continually pumps major quantities of energy back into the universe. Therefore, the earth remains relatively cool. ‘If you wiped our life entirely from the Earth, it would be impossible to inhabit because it would become far too hot’ (p.11). Fortunately, solar irradiation wasn’t so strong yet when life on earth was formed, a few billion years ago. Therefore, Gaia could gradually develop the equilibrium in which we live now, together with all other organisms that form Gaia with us. 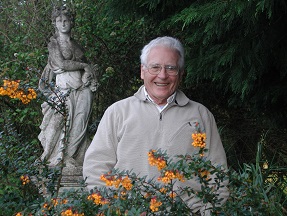 But Gaia is under threat. The ‘most urgent and probable’ threat of life is heat. Lovelock judges that we still have time to stop global heating through the emission of greenhouse gases. ‘Keeping Earth cool is a necessary safety measure for an elderly planet orbiting a middle-aged star’ (p.59). Particularly, we need to do this because life in the oceans will not survive if they would become hotter than 15oC. Then, Lovelock says, the nutrients in the oceans would come to the surface, where they would be eaten quickly. The dead remains and the waste sink to the bottom and cannot surface again, as the bottom layer of the oceans would be much heavier than the surface waters. The ocean will become a desert (p.60). But we are in a privileged position. In our times, we have been able to develop a holistic view on the Earth and its position within the solar system. A major achievement of the Anthropocene.

But now comes the Novacene. On the basis of the ‘anthropic principle’: the idea that chance and necessity have led to the development of mankind; the conscious beings who can fathom the cosmos. ‘And we may only be the beginning, the start of a process whereby the entire cosmos acquires consciousness’ (p.27). We human beings have developed the unique power to transfer sunlight into information packages, and to assemble these in such a way that this enables further evolution (p.75). For information is the matter from which the universe is built up (p.89). The Novacene is the age in which computers will design and construct themselves (p.84). In doing so, they will outpace mankind. For our ability to process information is limited through our biological origin.

In the Novacene we will live side by side with organisms made of technical materials, according to Lovelock, organisms much more intelligent than we are. They can design and produce themselves. Fortunately, these cyborgs will need us. Not just as their ultimate creators, but also because cyborgs too can only survive in a cool climate. ‘But for the dominating and overwhelming presence of Gaia, they would in no time be our masters’ (p.152). Lovelock projects a peaceful coexistence. But a coexistence in which the cyborgs rule us, just like we rule our dogs.

This view on the Novacene is challenging, to put it mildly. If the bit is the fundamental particle for the whole universe (p.89); and if this universe exists with the purpose of producing and sustaining intelligent life (p.123); then the next step in the evolution is the development of intelligent machines. To us the credit of having lain the foundations for this next stage.

Intelligent machines are there already. In all mind games, including go, the most difficult of all, computers now outperform the world champions. They increasingly operate on the basis of intuition and not just on computing power. They can educate themselves. In all instances where big data needs to be processed simultaneously, the computer is superior to humans now. Aircraft might be flown more safely on the most recent automatic pilot now, than on human beings behind the steering wheel. Intelligent drones might be better at destroying the enemy than drones controlled by humans at a screen. Computers might already be better at making diagnoses than doctors.

But Lovelock goes a step further. Such machines might design and construct new machines themselves, and produce the Novacene in doing so. They ‘will be the start of a process that leads towards an intelligent universe…. Perhaps the final objective of intelligent life is the transformation of the cosmos into information’ (p.123).

This would require intelligent machines to decide for themselves to design and construct new machines. Will that ever happen? We come closest to that point in warfare. And that is a real wakeup call – certainly for a peaceful man like James Lovelock. He warns against leaders who mostly don’t understand these matters at all but still want to construct such weapons. Will we ever come to the point that machines don’t just make decisions (they already do), but also reproduce and develop themselves? We don’t mind machines being better than world champions or doctors. But in case of warfare, we do. In my judgment, we need to prevent warfare machines to develop an independent intelligence. They might, according to Lovelock, have a peaceful eye on mankind. Or they might not.

Interesting? Then also read:
Gaia, and James Lovelock’s gentle revenge
Geopolitics of information, the next conflict zone
Do not avoid risks, but contain them

Tags: Background, Philosophy
By: Diederik van der Hoeven
on: 7 May 2020