You are here: Home / 2017 / December / Geopolitics of information, the next conflict zone

In four earlier articles we came to the conclusion that geopolitics of fossil, mineral and agricultural resources will become less important. But a new geopolitical dimension quickly rises to the forefront: geopolitics of information. Information becomes less reliable. People create their own worlds with social media, which leaves less and less space for generally shared information. Manipulation of information, by secret services and others, becomes business-as-usual. This undermines our trust and hence also our participation in society – and that is exactly what some try to bring about. Information has become a geopolitical weapon. Cyberwar is looming.

This is the fifth in a series of five articles on the geopolitics of fossil, mineral and agricultural resources. The articles were published on 28 October, 4 November, 16 November, 26 November and 20 December 2017. 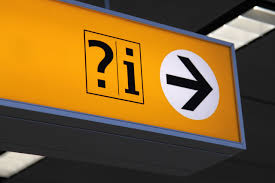 We are no communication specialists. But we are concerned, because of what we see around us as educated people. We see disinformation in our very areas of expertise. ‘Conservatives’ sometimes look upon fake news on climate issues as just as trustworthy as the results of serious scientific research; in the field of genetic modification, it is just the other way round and ‘liberals’ tend to trust disinformation. Very fast, we have come to the point where we first have to judge the affiliations of the sender of the message, before appreciating its content. Many messengers have now lost their credibility, or at least their independent status.

We all know the exciting Second World War stories, like deciphering the German Enigma code and the advantage that it brought to the allied forces. Deciphering codes and reading secret messages have now developed into purposely infecting software with viruses, and spreading fake news. The infection of computers in the Iranian nuclear programme. Russian trolls who have developed ways to amplify existing feelings of distrust and disintegration in Western societies (like the perception that there is a holy war going on against the West). DDoS attacks on strategic targets, putting them out or order. Geopolitics of information everywhere. Even according to Wikipedia, cyberwarfare is going on already: ‘Cyberwarfare involves the battlespace use and targeting of computers and networks in warfare. It involves both offensive and defensive operations pertaining to the threat of cyberattacks, espionage and sabotage. There has been controversy over whether such operations can duly be called ‘war’. Nevertheless, nations have been developing their capabilities and engaged in cyberwarfare either as an aggressor, defendant, or both.’ 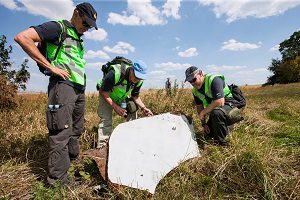 One day, we will know the truth about the shooting of MH 17 – but it may not be accepted by everyone. Photo: Wikimedia Commons.

The public at large gets involved

Geopolitics of information has now also reached our homes. We don’t know any more if the TV images that we consume daily, actually represent reality. For the sake of simplicity we take them to do so. We don’t have time to look behind the information, and those who do, often do so from a self-constructed reality. Semi-information vs. semi-information. We drown in information; from the Big Bang and Einstein to pub talk and neighbourhood gossip. We’re doing too fine and we drown in the ocean of data at the same time. Mutual trust is an endangered item here. Of course, a large body of reliable knowledge is being generated all the time. But what is reliable knowledge? One example: health care. We would benefit a lot from objective information and an entirely reliable access to our own health data. But some people can earn a lot, using biased information, from selling us an elusive ‘health’, or at least something that does not apply to us. Scaring people off with fake news about health can make a lot of money! This kind of ‘free market’ process now spreads to many other areas, including safety and traffic, education, leisure activities, even down to the weather forecast.

We may find some comfort in the thought that the geopolitics of information does not make a lot of victims at a short notice. And that this development may be part and parcel of a society that puts less value on material property. But it should be clear by now that cyberwarfare is actually going on. We may just see the tip of the proverbial iceberg. Disinformation and confusion in and around the Middle East. A real cyberwar between North Korea and the US/South Korea/Japan. Continuous confusion and troublemaking by Russia in countries formerly belonging to the Soviet Union. American officials who spread confusing information on almost every subject at hand. American scientists who apologize for this to their foreign colleagues: ‘just don’t pay too much attention to us right now, you can hardly take us serious at the moment.’ We live in an era in which social media can do more harm than cannonballs, and in which those involved are very much aware of this.

How to reclaim trustworthy information?

Disinformation is from all sides. For instance, will we ever be able to reconstruct what exactly happened on Kiev’s Maidan Square in 2013-2014? Particularly because both sides, both the then president Yanukovych and his opponents were advised by American communication specialists (indeed) with just one assignment: framing the news in such a way that they would get the backing of Western public opinion. What could possibly be an antidote to such geopolitics of information? Some have suggested already that the secret services could help journalists in distinguishing fake news from real news. This would help at least to expose fake news coming from ‘opponents’. Some kind of ‘control’, by an independent body or otherwise, is very much in line with the spirit of our times. But who will control the controllers? And the secret services? We can very much expect that Russian and Dutch secret services (and the newspapers in those respective countries) will stick to different narratives on the shooting of MH17. Will a tribunal ever be able to assess the truth beyond any reasonable doubt? 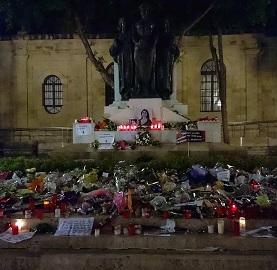 Investigative journalism is not without its dangers. Flowers for the murdered journalist Daphne Caruana Galizia. Photo: Wikimedia Commons.

In addition to that, we might benefit from better information networks. Why cannot ICT specialists provide us with perfectly safe networks and connections? For many functions, like communication with our family doctor, we surely do not need a connection that is open to the entire world? Couldn’t the principle of a circular and regionally based organization, that we project for the future biobased economy, become an ICT antidote to the geopolitics of information? Wouldn’t ICT specialists be able to develop algorithms that show us whether news is fake or trustworthy? A development to which the aforementioned investigative journalists could make invaluable contributions. Honest and critical citizens should reclaim their roles on the global stage. So that they will not have to repeat Caruana Galizia’s words: ‘There are crooks everywhere you look. The situation is desperate.’

Interesting? Then also read:
Nicotinoids and bees: a heated conflict even on data
Coca-Cola blunder: non-information on the plant bottle – latest in a series of incidents
Roundup discussion: much like the climate debate