During a workshop at the latest European Forum on Industrial Biotechnology (EFIB) in Brussels, the BBI JU funded ReSolve-project introduced a number of newly developed, less hazardous, viable bio-based renewable solvents. These new solvent molecules proved to have better performance than their fossil counterparts. ReSolve also developed innovative methodology to assess the chemical, physical, safety and sustainability characteristics of new solvent molecules at an early stage. This methodology can also be applied elsewhere. 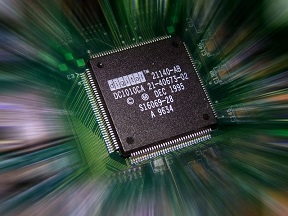 The ReSolve Research and Innovation project (www.resolve-bbi.eu) started in 2017. The University of York, in the UK, leads the project, that involves a joint collaboration between 10 project partners. Roughly 50 researchers participate in the project. The goal of ReSolve: finding bio-based alternatives to replace traditional hydrocarbon solvents that are currently widely used in the industry. These aromatic and nitrogen-containing solvents such as toluene, tetrahydrofuran and NMP[1] are categorized in the REACH-regulation as Substances of Very High Concern (SVHC). Current restrictions on the use of SVHC’s might be insufficient to ensure safe application. Safer alternative molecules should improve public health and safety while reducing environmental impact and reducing the negative economic impact of regulatory restrictions on the use of SVHC-solvents. The current market size for solvents is 20 million ton/a.

To select greener solvents, ReSolve applied an intelligent approach. Selected bio-based platform molecules such as pectin, cellulose or glucose are the basis for designing new solvent molecules. The characteristics of the newly developed candidate molecules were determined, and their suitability as a solvent is assessed, either in silico or in practice.

‘In silico’ refers to a research tool in fast evolution. In brief, the phrases ‘in vivo’, ‘in vitro’ and ‘in situ’ are commonly used to refer to experiments done, respectively, on whole living organisms or cells, in glassware in a laboratory, or on site in the real world. The pseudo-Latin phrase ‘in silico’ involves computational investigations: experiments which are performed on computer or via computer simulation. The expression refers to the silicon used for computer chips. 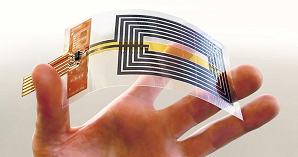 Performing ‘in silico’-testing requires computational models, as well as databases containing the essential data to feed these models. The ongoing developments in modeling chemical and physical systems are impressive, for instance for predicting the solubility of solids. Free web-based databases become available. Thus, ‘in silico’ offered the ReSolve-project a research tool particularly suited to predict in situ behaviour of promising candidate solvent molecules as well as their applicability to replace existing solvents. Computer simulation enabled ReSolve-researchers to reduce the more than 200 promising candidate molecules to only 8 top candidate molecules to be synthesized in the laboratory for further testing.

Testing for toxicity and sustainability

The ReSolve project collaborates with the Dutch National Institute for Public Health and the Environment (RIVM). This institute runs the DIRECT-project to develop ‘in silico’-tools to design safe and sustainable products, as explained by Dr. Petra Hogervorst at the workshop. She mentioned that five years ago the necessary models and data weren’t available yet. By executing a risk assessment of the candidate molecules, RIVM helped the ReSolve-project to come up with Safe-by-Design molecules.

Using its online DIAMONDS toolbox (https://diamonds.tno.nl/), Dutch independent research organisation TNO executed early in silico toxicity tests. And after molecules were synthesized, Dutch company Bio Detection Systems executed innovative in vitro tests to assess safety and bioactivity characteristics. The underlying philosophy: green or bio-based is no guarantee for low toxicity. For instance, all levulinic acid derivatives proved to be toxic in the tests.

After designing production processes for the 8 top candidate molecules, researchers calculated energy and mass balances, analysed production costs and performed a Life Cycle Analysis. The LCA included all production stages, from biomass to platform molecules, and from platform molecules to solvents. This resulted in economically viable and industrially relevant manufacturing routes for the newly developed solvent molecules.

By testing the performance of bio-based molecules in comparison to a number of existing fossil SVHC-solvents currently in use, the new molecules showed comparable or even better performance. The new bio-solvents, for example, resulted in comparable monomer conversion, but at lower reaction temperatures, and polymers with similar or better molecular weight were obtained. The ReSolve-project assessed two lead solvents: Cyrene, already mentioned in a Biobased Press article of August 3, 2017, and TMO[2].

Jane Murray, Global Head of Green Chemistry at specialty chemicals company Merck, mentioned that bio-based solvents proved very good alternatives for many uses such as in the analytical laboratory. And in printing wireless antennas from an organic grafene suspension, Cyrene proved to be an excellent replacement for NMP, which is currently being used. ReSolve project partner Circa Group plans to commercialize the production of Cyrene and has recently applied for BBI JU funding.

The two lead solvents have been assessed quite extensively by ReSolve. The assessment of the other bio-based solvents is still in progress. It is clear that there is no ‘drop-in’ replacement for solvents: a silver bullet rarely exists, and optimum substitutes have to be selected carefully. Jane Murray mentioned the development of solvent selection guides by the University of Strathclyde that will certainly help in this respect.–/–

Interesting? Then also read:
New Call for Proposals issued by BBI JU
EuroBioRef: what future for a major European R&D project?
Bio-based solvents on the rise