The Bio-based Industries Joint Undertaking, BBI JU, one of seven JUs under the Horizon2020 program, recently published their next Call for Proposals, the sixth one on the path towards 2020. At an info day in Brussels, visited by over 600 attendees, the organization presented and explained its latest Call. 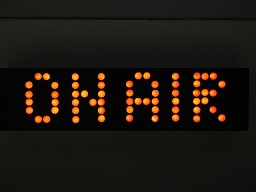 Under the influence of results from former years the BBI JU funding programs have become more focused. The scientific priorities for the 2019 program include:
– supply of biomass feedstock;
– optimization of processing for bio-refineries;
– developing innovative bio-based products for market applications;
– improving market uptake of bio-based products and applications.
The 2019 Call has an indicative budget of 135 million Euro for 21 topics. Call closure is September 4th, 2019 and the BBI JU initiative will run until 2024.

“We are not there yet”

People not familiar with the BBI JU organization, often have the wrong idea that BBI JU focuses on large bio-industries and major projects. And because the European Commission is the public partner in the organization, it is assumed that BBI JU is bureaucratic and that project participation will be complicated. But about 80% of the members of the Bio-based Industries Consortium, which is the private partner in the Joint Undertaking, consists of Small and Medium Enterprises  (SMEs). And, according to a remark made by RVO last year, compared to the other H2020 Joint Undertakings, BBI JU has streamlined its businesses.

It seems many stakeholders are not familiar with the current state of BBI JU. This will have a negative impact on the participation of certain areas within the anticipated bio-society. As an example Philippe Mengal, Executive Director of BBI JU, mentioned the underperforming farmers’ participation. “We are not there yet”, Mengal further said, and he concluded that the story of ‘bio-based’ should be communicated much better. In addition to that, I would suggest to also communicate more effectively about BBI JU.

BBI JU uses its funding program to support research and innovation. But being successful means also to disseminate R&D-results from the funding program within the bio-based society and beyond, and to communicate that results can be, and indeed are being implemented. BBI JU acknowledges that further improvements in this area are necessary. Attracting participants from under-represented market segments will help. But diversification of feedstock sources will also be beneficial, or outperforming fossil alternatives, as emphasized by Eleni Zika, Head of the BBI JU program. Other speakers also stressed the vital participation of SMEs. That is why BBI JU provides support for SMEs concerning critical issues such as financing, market information, legal obstacles and international partnering.

Tags: Biobased economy, Policy, Research
By: Wijnand Schonewille
on: 19 May 2019