Bio-waste is problematic from two sides. It may be a problem to dispose of it, and it represents an unused value. In a world where ‘there is no such thing as waste’, it should be valorised. That is: upgraded in an industrial process, insofar as the waste is not required as a fertilizer and soil improving agent. 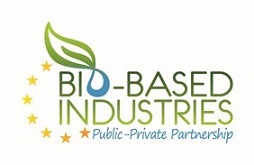 The unused economic value of bio-waste

Bio-waste from these sources consists of components not fit for human consumption, like peels, leaves and stems. Three main categories of substances can be retrieved from them: cellulosic materials, proteins, and bioactive compounds such as carotenoids, phenolic compounds, essential oils or β-glucans. The latter category represents the highest economic value, and therefore much of the article is dedicated to this class of substances. The study concentrates on extraction and enrichment technologies and therefore presents a wealth of information that cannot be reproduced at length here.

Much of the economic value of bio-waste is lost because their valuable components could not be isolated in a pure form so far. Therefore, much of this bio-waste was used as animal feed as the highest form of application, if the waste was not simply left on the land, incinerated or landfilled. Isolation of the valuable components diminishes the waste problem and potentially adds to the farmer’s income. Particularly the representatives of the nightshade family, potato and tomato, are a rich source of bioactive compounds. Many of these substances have a potential use as functional ingredients or additives in the food industry due to their property as a natural food colorant, or because of their antioxidant and antimicrobial activities. For instance, such substances can be applied in active packaging or edible coating to extend the shelf life of food products. Moreover, tissues from by-products contain varying concentrations of flavour volatiles that may be recovered and used in the food and beverage industry.

From bio-waste to by-product to food-grade product

Much of the bio-waste consists of cellulose. If purified, this can be applied as a reinforcing agent in the production of bio-composites for packaging applications, for instance from oat husk residues. Currently, the highest applications of such waste streams is in products like plant fertilizer, compost, biogas and animal feed. Other valuable ingredients might be the content in dietary fibres including polysaccharides and lignin or proteins that can be used as functional food ingredient, increasing the nutritional value and providing useful properties in food. The article devotes a paragraph to techniques to retrieve potato proteins – potatoes are used industrially mainly as starch, and the other fractions have been treated as by-products; but given the volume of potato starch production (millions of tons annually), there is a considerable volume of protein production as well. Much of this fraction is used as animal feed or even sprayed on the land as a fertilizer, whereas it represents a food-grade product, if treated properly. Surprisingly, the article does not mention the chromatographic techniques that the Dutch potato grower’s collective AVEBE successfully developed for isolation of these proteins in their full functionality.

Valorisation of bio-waste has increasingly attracted attention. Many techniques are in rapid development. The article ends with a recommendation to focus on full rather than laboratory studies to increase their relevance for industrial applications, up-scaling from laboratory experiences.

Interesting? Also read:
Fibres of the future: cellulosic fibres from wood
Waste is the most important biobased resource; but legal barriers abound
Catalysis, the key to the future

Agrimax is an EU-funded project that is developing and demonstrating the production of multiple, high-value products from crop and food-processing waste. The project has received funding from the Bio Based Industries Joint Undertaking under the European Union’s Horizon 2020 research and innovation programme. The Agrimax consortium combines the expertise of 29 partners from 10 European countries, 18 of which are from industry.