The study ‘Sustainable First and Second Generation Bioethanol for Europe’ will be presented and discussed in Brussels on 26 September 2017. For more information please visit www.bio-based.eu/sustainablefuels. 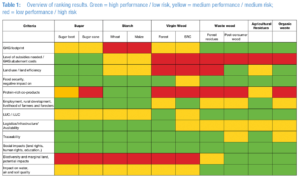 The advantages of first generation bioethanol

The most important (and well-known) advantage of first generation bioethanol, particularly from sugar beet and sugar cane, is the productivity of the crops. Therefore, we need much less land to produce a litre of bioethanol from them, and this reduces the agricultural land required. More land can then be assigned to nature. Moreover, much less subsidy is required for a litre of bioethanol from these crops, compared to second generation bioethanol production from SRC for instance (short rotation coppice, like willow). Strangely enough, European biofuel policies often end up in support of the most costly solutions, and one can wonder how long such policies can be sustained. 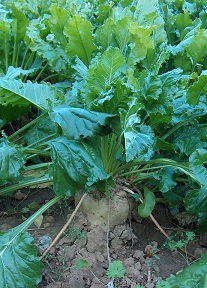 Nova-Institute also counters the most often used argument against first generation ethanol: that its production is to the detriment of food production. Yes, on the surface this seems to be true. But (1) there is a glut of sugar production in Europe, and just recently therefore, production quota on sugar production have been lifted in order to facilitate non-food use of European sugar. And (2) in the case of cereals, products of non-food quality are often used for bioethanol production and then offer an additional income to farmers, since without this option they would have had to dump these products on world markets. Competition in agriculture is competition on land, not on specific crops, and as a consequence we need to grow the crops with the highest productivity of the required commodity – i.e. first generation crops, and certainly not SRC that have a much lower productivity.

Europe should reconsider its position

The next main argument against use of first generation bioethanol, so it would seem, would be its moderate score on GHG emission reduction. But here, nova-Institute argues, the researchers chose to follow the (politically motivated) calculation rules set by the RED directives. These lead to an underestimation of the first generation crop scores. The main problem lies in protein production. According to RED, these have to be valued on their energetic content, i.e. rather low. But in actual practice, these proteins are sold as animal fodder, quite valuable in other words, as these proteins prevent soy protein imports, with the additional consequences of dependence on foreign sources, and the possible land use change required for soy production. Therefore, ‘the highest bioethanol yield per hectare results from a combination of first and second generation biomass co-utilised, such as first generation wheat plus second generation wheat straw. The advantage of first generation sugar and starch crops is that they carry the potential of second generation in them by providing their own lignocellulosic co-products, without occupying additional areas and at the same time provide protein rich feed.’ Therefore, Europe needs to refrain from further reductions in the contribution of first generation bioethanol in the renewable energy directive. ‘On the way to a climate-friendly Europe, biofuels made from any kind of feedstock offer advantages in terms of GHG emission reductions and should indiscriminately be part of a viable transitional strategy, as long as they adhere to sustainability criteria,’ nova-Institute concludes.

On top of this, the RED proposals do not stimulate electric transport from sustainable energy sources. Would not this pose another opportunity to reduce GHG emissions? Europe might need to reconsider its position.

Interesting? Then also read:
Design rules for the biobased industry, #1: reduce capital costs and create jobs
Sugar, Europe’s strength
The moral judgement ‘food should not be used as a fuel’ is untenable