Europe should develop a more practical vision on its future sustainable industry, says Dirk Carrez. ‘We do not have to stretch ourselves to be as sustainable and as cost-effective as possible from the outset. Let us take our time for a learning curve, in which imperfect industries are allowed to develop themselves. In such a policy, we also need to use first generation feedstock, like sugar. Green chemistry from European sugar is our opportunity in a biobased economy.’ 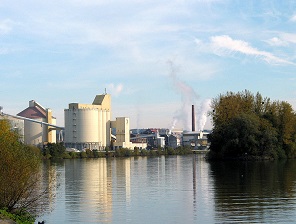 Dirk Carrez is a consultant for the biobased economy. At present, he is the director of the Biobased Industries Consortium (BIC) that recently started up a major public-private partnership together with the European Commission. ‘Europe no longer is the best continent in the production of bulk chemicals. European chemical industry became a world player fifty years ago by starting up the production of bulk chemicals on a petrochemical platform. But the times have changed. Competitors from all over the world now perform better, on the basis of cheap feedstock and better conditions.’ And we might run into the same difficulties on entering into a biobased economy. Here, Europe even faces the threat of not being able to take off at all. ‘We do a lot of research and do the utmost to develop second and third generation feedstock and products, but we fail to build a green bulk chemical industry.’

Sugar: just the start of the biobased economy in Europe

Dirk sees a second, more political, argument: ‘In Europe, we tend to demand perfection,’ he says. Meaning: all products and processes have to be as sustainable as possible right from the start. ‘We would like to skip first generation products and proceed to the second and third generations right away. And at the same time to chemical specialties, right at the top of the value pyramid. But that is not how things work in actual practice, we need to produce bulk chemicals too, in order to build up a comprehensive green chemical industry. Look at how the others do this. The Americans proceed on the basis of maize. They have their ‘corn economy’, and the Brazilians do everything on the basis of cane sugar. They do not just produce fuels, but chemicals also. We should do the same. In 2017, after the abandonment of sugar quota, we will have lots of cheap sugar in Europe. Europe is the most efficient producer of sugar in the world, in Northern France, Flanders, and Southwest Holland. Sugar, a first generation feedstock, is one of the most sustainable resources, easily and cheaply fermentable. Feedstock like cellulose and waste needs pre-treatment at the expense of a lot of energy.’

Farmers growing sugar beet should start making contracts with chemical industries now, says Carrez. Fortunately, both farmers and the sugar industry now start to acknowledge that. BIC also hosts major sugar producers. They have a twofold task, says Carrez. Of course, they need to produce food. And they also should direct part of their first generation products to the production of chemicals. Their ‘waste’, like fibres, they could then process to produce energy, like biofuels. Sugar is Europe’s strength. A green chemical industry on the basis of European sugar is our opportunity in a biobased economy.