You are here: Home / 2012 / November / The moral judgment ‘food should not be used as a fuel’ is untenable 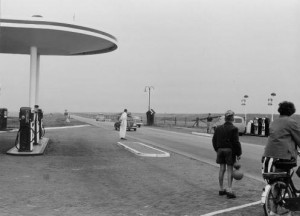 In two columns on this site I went into the food/fuel problem. Oxfam reacted to my first piece. But they did not answer some pressing questions. Therefore, once more the food/fuel problem and Oxfam’s position. This article appears as Oxfam Netherlands just started a major campaign against biofuels.

This is the fourth column in a series on the food/fuel problem. Earlier articles appeared on 14 November and 18 November (Diederik van der Hoeven) and 16 November (Sander van Bennekom on behalf of Oxfam).

In its short formula, Oxfam’s stand is: we should not use food as a fuel. That is a laudable point of view, although completely impractical. In order to argue this, we start once again by considering land lying fallow. According to the most recent data, in Europe a total of 6-7 million hectares of land is lying fallow in order to counteract food overproduction in the EU; this is about the same acreage of land as is used for biofuel production for the entire European market. The European Commission pays farmers not to grow crops on this land. What would be the objection to growing biofuel crops on it? Would that be labelled ‘using food as a fuel’ too by Oxfam, even though food production would not be reduced?

In search of popular indignation
The question is simple, but difficult for Oxfam. That is why they evaded to answer it. Would they confirm that biofuels are to be banned, even in this instance, they are unreasonable. Would they concede that in this instance biofuels would be all right, then they can no longer maintain the unequivocal ban on biofuels. They will have to differentiate between ‘good’ and ‘bad’ biofuels, which they try to evade now, as this would be much more difficult to explain.

I worked for an NGO myself and know how comfortable it is, to let oneself be propelled by popular moral indignation. That is why NGOs always try to stress this angle. Trade unions employ this trick, as does War Child, and American pro life groups. But that should not stand in the way of giving down-to-earth answers to down-to-earth questions. 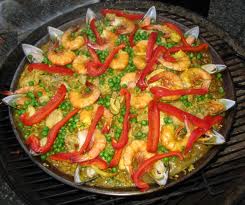 The moral point of view is untenable
The next question to be raised is: would there be any arguments at all to grow biofuel crops in Europe, and for European use, as long as this does not stand in the way of food production? For instance by using the extra production from crop productivity increases? Keeping in mind that Europe has had recurring problems with food overproduction? Oxfam’s reservations are exclusively about what happens in developing countries. The main problems being the land rush, and land use change (direct or indirect), both largely outside a European involvement. Would there be other means than stopping biofuel use to counteract these effects? Like certification? And if existing certification schemes fall short of requirements, as Oxfam holds, why not join other NGO’s in the fight to improve them?

Contrary to what Oxfam’s Sander van Bennekom suggests, I do not ask them ‘to pass the buck’. I do not have a stake in biofuels, and appreciate Oxfam’s critical review of them. But the purely moral judgment ‘we should not use food as a fuel’ is untenable.

Let me give another example. In the Northern part of the Netherlands, a large area is used for growing industrial potatoes. Partly, the potato starch is used in food ware (for instance as a binding agent in fruit gums). But a large share is used industrially: for paper quality improvement, as a binding agent in plaster, as a glue, as an additive to yarns. These practices are wholly accepted. Of course I do not suggest Oxfam to ‘pass the buck’ and start an action against industrial potato starch producers. On the contrary, I argue that the moral divide between good and bad does not hold for industrial applications of edible feedstock. Not for potato starch. And not for biofuels.

Make a difference
That position would clear the way for a contribution to the development of concrete policy measures by NGOs. They want sustainability – and our world is increasingly willing to strive for it. That changes their role in the game, from critics of the established order to innovative policy developers. Developing countries, NGOs, industries, an industrialized nations, all have their part in that game. Together, they can draw up Good Management Practices to which everyone should comply. That would really make a difference.