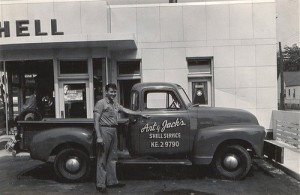 Recent food price increases have fuelled a new round in the food/fuel debate. They have had a major influence on EU policies, putting a halt to ambitious renewable fuel targets for 2020. But often, the arguments used in the food/fuel debate are false, as I argued in my review of the Oxfam working paper  ‘The hunger grains’; also see their response. Do we need to go on producing biofuels? Yes, we do, in particular because they are the stepping stone for biochemicals.

Agricultural price volatility
As a rule, food prices tend to fluctuate more than prices of other commodities. This is easily explained as a rather inflexible demand is met with an inherently uncertain production, heavily dependent on variable weather conditions. From the times of Joseph in Egypt onwards, mankind has tried to alleviate this instability by creating stocks of agricultural commodities. But the problem remains. Maybe it has even been exacerbated in recent years by speculation with agricultural stocks.

The problem with biofuels, as Oxfam rightly points out, is that these add just another segment of inflexible demand to the market. As biofuels (or biochemicals, although they require a lot less agricultural feedstock) are bound to be less popular than food, their position in public opinion is inherently unstable. If harvests are abundant, their production may be welcomed, as they carry an extra income to the farmer. In particular if they are produced from agricultural waste. But if harvests are low and food prices go up, biofuels are the logical target of public criticism. This could only be changed if the biofuels industry became flexible in its sourcing, using agricultural crops as an input when harvests are abundant and prices are low, and switching to other feedstock as prices go up (if feasible). And process as much waste as possible (second generation biofuels). Then the industry might reduce instead of stimulate agricultural price volatility, and in doing so win the hearts and minds of its customers.

Evolving targets
The biofuels industry had a point when they argued that major investments have been jeopardized by the recent EU policy change, pressed for by NGOs and public opinion (see our article: The European Commission’s alcohol problem). Investments in policy-sensitive markets like bioethanol production, are made in the expectation that policies will remain relatively unchanged. Major policy changes undermine trust in government policy and may stand in the way of new investments for a long time. 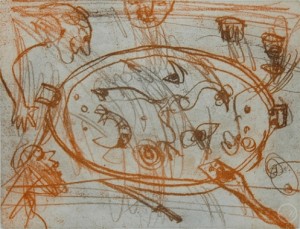 Like other stakeholders, NGOs have a responsibility in this process. As their sustainability goals move to the centre of official politics, their role changes from critical commentators to designers of effective policies. We are half way into that process, and they struggle with their position. Their support for biofuel policies at the turn of the century, even though conditional, carries a responsibility for the positive industrial response to it. Their position will be weakened if they oppose the industry just as it acquires momentum. Wise policies would entail setting evolving targets while counteracting the side effects to which NGOs point so vehemently. This might be done in another way than they propose. ILUC for instance, might be counteracted by including it in economic mechanisms rather than by banning biofuels. This proposition was made in an interesting Ernst&Young report , commissioned by a coalition representing widely different interests, including bioethanol producers, IUCN, and Shell.

Biofuels are a stepping stone
Transport fuels are too big a market to be entirely dependent on biofuels. Global agricultural production would not sustain this. Therefore, a comprehensive transport fuel policy is needed. Next to biofuels, we need vigorous fuel efficiency improvements, and active promotion of electric (and/or fuel cell) vehicles.

For the industry, there is a fleeting divide between biofuels and biochemicals. Ethanol is the same substance, whether used in chemical industry or as a motor fuel. In the developing logic of the biobased chemical industry, biofuels (being most easily marketed) are the stepping stone for many future developments. And while biofuels may be an interim solution, biochemicals are not. Therefore the vicissitudes of biofuels might determine to a large extent the speed at which we can say goodbye to the fossil era.

Food/fuel revisited
But we need to be sure that agriculture will be able to feed the world, even in a future with biofuels. Data seem to indicate that hunger is not merely a question of shortages and crop failure, but to a large extent a matter of inadequate distribution. Even during decades with agricultural overproduction, mankind has not been able to put an end to hunger and malnourishment. Scrapping biofuels will therefore not end this problem. There is no need to end biofuels policy.

Our sales director, Gary Moore, recently spoke to CIWM about the impact of COVID-19, the wealth in #waste and 'what's next for the sector?' You can read the full article, here: soamp.li/dsA0 #WasteToResource #recycling #environment #sustainability #TDF #resource

@JoeBiden Specifics please. Please share your first 100 day plan so people can get excited about it and head to the polls in droves! #Infrastructure #Sustainability #Biodiversity #RenewableEnergy #VoteBlue2020