You are here: Home / 2012 / November / Parents, let your children be operators in the bioeconomy 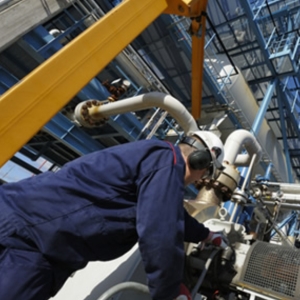 Let nobody accuse the European Commission of not engaging itself in what it calls the bioeconomy. Last month, the Commission held a kind of hearing on the part played by regions in Europe’s bioeconomy. It did not have a fixed idea of it yet, but it was interested in stakeholder contributions. In the end of November the Commission organized a meeting in the beautiful Brussels Monopole hotel, on the knowledge and abilities needed in Europe for a successful entry into the bioeconomy. It was the first time that Europe tried to get a picture of the diversity of parties active in the bioeconomy. ‘New skills for a European Bioeconomy’. We prefer to speak of the biobased economy. Bioeconomy also includes farming and the primary sector.

Is the bioeconomy an uncontrolled mess, then? Certainly not, there is an enormous amount of industrial and university activity. But then, everyone is acting in his or her own way, and little can be discerned of a European course of action or unity. Which would not be surprising, considering that each country – rather even each county – sets its own rules for its educational system, and for its bioeconomic activities as well. No unity in that. Nor will it arrive some day.

Above all, we need technicians
But the path of the European bioeconomy might be eased if there would be a clear set of rules for the skills required for anyone active in this field. This would clarify instantly the skills to be expected from anyone with a certain degree, even from the other end of Europe. Scientists have laid down quite a comprehensive set of unified curriculae in the biobased economy. Much work needs to be done on other levels. For although many jobs will become available for scientists in the bioeconomy, we will need technicians a great deal more in this sector, people who will do the hands-on jobs. And that is important, for although the Commission holds that Europe has ‘a competitive edge in industrial biotechnology for chemical, enzyme, food and feed ingredients’, our continent’s industrial achievements in this area are marginal. Just a few percent of industrial production in the world. 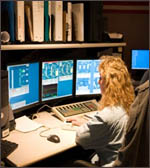 How much does an operator earn?
But our subject was education and skills for workers in the bioeconomy. At the university level, people are quite active. It was remarkable that almost every speaker at the EC congress (thirty in total) dwelt on ‘soft’ skills like communication and entrepreneurship, supposed to be indispensible to the new knowledge workers in the bioeconomy. The profile of the new industrial engineer (a European initiative) abounds with these matters, and an extensive traineeship will be required. But at the lower levels, people have hardly even started thinking about requirements for educational courses. Strictly speaking, only Mark van Waes of the Bio Base Europe Training Centre in Terneuzen (the Netherlands) talked about training for all levels in the biobased industry. Illustratively, nobody in the audience knew the answer to his question how much an operator working at Dow Chemical earns (by the way, this is over 100.000 Euros a year, so parents: let your children become operators in the biobased or chemical industries in order to earn a good living. Which is exactly what chemical industry has been telling parents for years).

Europe will still have to discover e-learning
In short, the Commission has put the skills of bioeconomic employees on the agenda, but whether the question is in good hands with them, remains to be seen. The Commission can direct the search and decide on policy guidelines, and they may be the right instance to determine the requirements for good educational courses, but in the end national or regional governments will have to decide on them. Maybe under the direction of the European Commission? I was discouraged by the fact that the word e-learning was mentioned just once. And exactly that would seem a good idea, given the speed and the equality of educational targets required. It appears to be an important subject, we will refer to it later.