You are here: Home / 2018 / December / Lost in translation: Calls for Proposals are determined by language

The Bio-Based Industries Joint Undertaking, abbreviated as BBI JU, is in the final stages of the procedure to award funding for new research and development proposals. BBI JU is a €3.7 billion Public-Private Partnership between the EU and the Bio-based Industries Consortium. I participated in the evaluation of the 144 proposals that were submitted in answer to the last Call, the fifth of the seven Calls for Proposals planned.

Taking a look in the kitchen of BBI JU teaches you a lot about the strict organization and the very well organized process needed to secure that the submitted proposals are evaluated according to the same standard. It also shows you the hard work underlying the final evaluation of all those involved, aimed at the selection of the excellent, the best of the best, proposals. But paradoxically, these efforts do not automatically result in the selection of the most promising proposals.

Language determines the results of Calls for Proposals

The English language, the lingua franca of the EU, determines the final outcome of a Call, but language proves a difficult instrument to utilize. When describing a Call, the challenge is to make a choice of English language to combine various goals. Calls for Proposals should be clearly understandable for non-native speakers, but unequivocally define the requested goals. And the English should also offer sufficient detail to define the specific aspects a particular proposal has to comply with, while at the same time not hinting at the actions deemed necessary to reach the defined goals.

But the concise Calls by BBI JU do not very well explain the definitions and concepts applied. That is very well when all actors and stakeholders involved have a mutual understanding of these concepts. Unfortunately, in the current bio-economy, concepts such as pretreatment of biomass, or trade market, or cascade use of biomass, are not yet commonly explained and therefore this leaves room for interpretation. 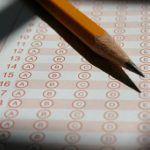 Next to this, the language used to evaluate proposals is not without limitations. Ideally, all competing proposals that answer a specific Call will offer ‘more of the same’, and the excellence of a proposal lies in the details that make it different from the other proposals. Inescapably, Calls for Proposals that offer room for interpretation will result in greater disparity between proposals. In all cases, the problem is that simple and compact language is pursued to support a comparable evaluation, and that this results in uniform, but mediocre language use.

Almost by definition, every simplification will be accompanied by a narrowing of prospects. Thus, the compact language pursued leaves insufficient prospects to describe either differing essential details, or different actions proposed; the meaning and details of proposals are lost. And this explains the paradox: proposals that most straightforwardly correspond to the common language spoken during a Call-procedure are selected as ‘excellent’.

Alternatives could help to explain definitions and concepts more clearly in a very concise way, leaving less room for interpretation. Not using them is a missed opportunity. Communication alternatives mitigate the unforeseen impact of language, and thus can help to highlight the essential differences between proposals. This could offer better changes for proposals to be selected as ‘excellent’.

This article was also published on Wijnand’s personal blog.