In her lecture at the European Forum for Industrial Biotechnology (EFIB), last October in Glasgow, Professor Dame Anne Glover, Vice-Principal External Affairs, University of Aberdeen, lectured about effectively communicating about science, engineering and technology. And a couple of weeks later at the ‘Agro meets Chemicals’ conference in Utrecht professor Louise Fresco, Wageningen University, stressed the importance of science communication to encourage the acceptance of new agrotechnology. And I realized that a lot of people currently debate communicating about technology and the biobased economy. 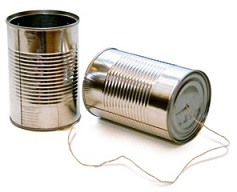 The art of science communication

Professor Glover named her presentation ‘Lost in Translation’, after the 2003 comedy-drama starring Bill Murray and Scarlett Johansson. The film is about meaning and detail lost in the translation of complicated matters and words. All the topics she addressed during her presentation can be projected on biotechnology. How to translate the value of knowledge? How to deal with scientific uncertainty? How easy is it to misuse evidence? How does society get evidence?

As Glover explained: ‘…Europe is the no. 1 in science, engineering and technology, but who knows?’ This is how she described the problems with translating scientific results: ‘…politicians don’t want to see, citizens don’t want to listen and industry doesn’t want to talk.’ Glover stressed that science should offer an evidence base for policy. And she explicitly mentioned the need to be honest about the facts you have and the facts you don’t have. And that could result in not being friendly all the time, as I read in an interview of Dani Rodrik, Harvard economist. 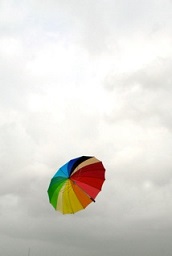 Rosanne Hertzberger is a columnist for the Dutch newspaper NRC. Her points of interest include science communication. In a column in NRC dated 9 December 2016 titled (in translation): ‘If companies would only speak freely on Twitter’ she analyses business communication. In this column she observes that in theory organizations employ thousands of ambassadors to sit with their arms folded when once again ‘untruths are emptied’ over their area of expertise by people who can speak out freely. Her conclusion: ‘The expertise we currently lack, is often withheld because of rigid communication strategies.’ Hertzberger describes it as an undesirable culture where half of the science communication by organizations and businesses results from routine, and the other half is fear.

She further concludes that this is also applicable to scientists, ‘…a professional group whose task it is to generate and to share knowledge.’ She observes that only seldom someone posts data and says: ‘Look here, fresh knowledge from the laboratory.’ In another column in NRC, October 21 2016, titled (again in translation): ‘Fundamental science that isn’t’, she says: ‘Behind most [scientific] projects calling themselves ‘fundamental’ there is definitely a goal. However, it takes courage to formulate this goal: expectations could be discussed, maybe a timeline. It also implies that your project can fail….’

What’s in it for me, the important question

Biotechnology clearly allows us to tackle global challenges in a rational way, but obviously this is not enough to convince the general public. Glover regards the What’s-in-it-for-me question as the key to engage citizens. That is why she stresses the need for science communication to be regular, of high quality and transparent, and for scientists to have empathy for public concerns. Dani Rodrik added that scientists need to be modest and admit when they don’t know something. This would have resulted in higher credibility of science with the public, according to Rodrik. Louise Fresco also believes that distrust in society about the agri-sector should be avoided by maintaining brands that gain and maintain the trust of consumers.

Still, according to Glover: how can people distinguish between credible and flawed evidence. She mentioned the strategy of ‘cherry picking’: only using the facts that fit a specific goal or belief while ignoring all other facts, leading to distortion and misuse of evidence. And this is true: when searching the internet thoroughly, you can almost always find a study or a scientist that reaches conclusions that confirm existing opinions.

Glover had another interesting remark when she stated that she never talks about the market because it is faceless. Rodrik also stresses that the general public isn’t interested in the market, but only wants to reap the fruits of innovation. According to Rodrik, focusing too much on the market aspect will result in losing the trust of the public, as all other relevant aspects of science communication are lost in translation.