You are here: Home / 2020 / January / Circular economy: bio-plastics have an issue

Plastics in the Circular Economy are hot. The last EFIB-conference in October 2019 featured a track dedicated to ‘The future of plastics’. The last edition of Dutch magazine Agro&Chemie also featured an article on bio-plastics. And the recently announced European Green Deal includes a focus on the plastics industry because it is resource intensive. 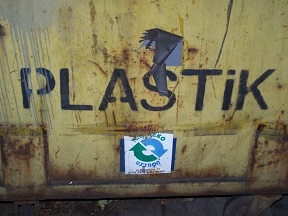 Based on a circular economy view, the European Commission plans developing requirements to ensure that all plastic packaging in the EU market is reusable or recyclable by 2030. The Commission also plans to develop a regulatory framework for biodegradable and bio-based plastics. Both seem very wise ambitions indeed, covering discussion points that were also addressed at EFIB and in the Agro&Chemie-article.

There have not been many developments in the plastics market

Listening to the presentations on plastics during EFIB, I had to conclude there have not been many developments in the plastics market during the last decade. Christine Levêque, Director Business Innovation at SUEZ, mentioned the company conducted an internal study to understand the world of plastics and bio-plastics. They were not impressed. Levêque mentioned the long-standing collection problem to keep bio-degradable plastics separated from circular polymers. She also questioned the use of non-bio additives in bio-plastics. And she concluded that compostable does not necessarily mean bio-degradable, recommending specification of required composting conditions.

At EFIB, Nadia Auclair from French company Carbiolice introduced an enzymatic additive, called Evanesto, to make Poly Lactic Acid, PLA, fully compostable. That will be helpful to overcome a widely recognized challenge, but it doesn’t really help the issue that Auclair also emphasized, the lack of labeling guidelines/regulations for bio-plastics. 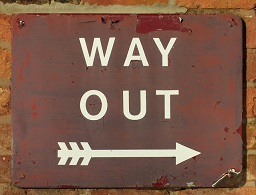 A lack of specifications and related labeling is something the market should be blamed for. Standardisation maybe doesn’t look very exciting, but as I already concluded in an earlier blog in June 2016: standardisation is a dire necessity, “...unless we want to get caught up in autonomous biobased production chains with sub-optimal added value within an economy.”

And here we are, almost four years later. The problem is described by the Agro&Chemie article as a proliferation of plastic products with the prefix ‘bio-’, resulting in a confusing and incomprehensible market segment.

Of course, from a marketing point of view it looks great, having a biological-based plastic to replace a mineral oil based plastic. But using terminology like ‘compostable’ for a product that isn’t? Or ‘bio-PE’? Come on. Sure enough, analytical techniques can discern biological-sourced poly-ethylene from its mineral oil counterpart. But apart from that, both plastics have exactly the same physico-chemical characteristics and there’s no need to label it as ‘bio-PE’ except for marketing reasons. It only adds to the confusion.

So now the European Commission plans to develop a regulatory framework. This will mean a new opportunity for the market to bring light into the jungle of bio-plastics, but it is still a shame that, despite the many well-intentioned stakeholders, it had to come to this.