The European Academies’ Science Advisory Council (EASAC) urges the European Commission to base its carbon accounting on science and the real effects on climate. The present accounting rules favour energy from biomass. Whereas often, burning biomass doesn’t lower CO2 emissions at all. EASAC suggests a standard based on real emission reductions within 10 years. This might radically alter the climate score of many European countries. 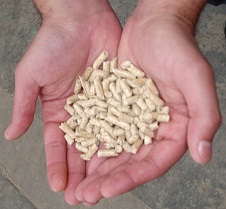 EASAC: no free ride for bioenergy

EASAC is a Europe-wide association of national science academies. It aims to provide ‘independent, expert, evidence-based advice about the scientific aspects of European policies’. For some years already, EASAC has been critical of accounting rules within the Emissions Trading System (ETS). In a press release issued today, it urges the European Commission to take action. As Prof. Michael Norton, EASAC’s Environment Programme Director says: ‘Labelling forest biomass as renewable has a perverse impact on the climate. Much of the biomass employed in Europe is anything but carbon neutral. Current accounting rules under the emission trading scheme let certain power plants and countries shine as climate pioneers although they actually damage the climate.’

The EASAC says it’s improper to just assume that millions of tons of carbon dioxide coming out of a power station stack are ‘zero’. It urges to calculate the ‘carbon payback period’ for each biomass facility and its supply chain. As Norton explains: ‘Since recent estimates are that 1.5 °C may be exceeded in 10-20 years, an acceptable payback period should be no longer than 5 to 10 years. I’d expect this to have an impact on how we look on countries like Denmark, Estonia, Finland, Sweden, Netherlands, the UK, and others who use a lot of biomass.’ And he goes on to criticize the ‘huge subsidies currently given to biomass’, that could have been put to much better use if they supported technologies that really helped the climate. 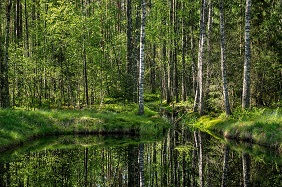 Last year already, EASAC wrote that ‘biomass should not be regarded as a source of renewable energy (…) unless the replacement of fossil fuels by biomass leads to real reductions in atmospheric concentrations of CO2 within a decade or so….  At present, depending on the forest being harvested and the nature of the biomass being extracted, payback periods can range from 10 years to never.’ Even worse, ‘current rules allow countries to record imported biomass as zero emission on combustion, giving a false impression of the importing country’s progress towards reducing emissions.’ Cutting down forests can lead to larger emissions of N2O (also a greenhouse gas), to albedo change, and to a reduction in the forest carbon sink; factors that can all contribute to climate change but do not have to be taken into account. On top of that, the lower energy density of biomass and supply-chain emissions could increase atmospheric CO2 and thus accelerate the pace of global warming.

Not all biomass will have these negative effects. As EASAC writes, ‘biomass sources which can reliably provide a short-term climate mitigation effect are biomass that would otherwise be burned without energy recovery, rapidly decomposing residues and organic wastes, and biomass outtakes from forests affected by high mortality rates.’ As Norton summarizes: ‘Today’s carbon accounting rules under the ETS that allow biomass stack emissions to be ignored, give forest biomass a free ride – despite its massive climate effects. From a scientific standpoint, not correcting this mistake is climate hypocrisy.’

Interesting? Then also read:
Better biomass utilisation in the biobased economy
Limits to biomass use
Still a one-sided emphasis on the energetic use of biomass