In Europe, just 16% of bio waste is processed to some form of useful application. Meaning: food and garden waste. An upcoming report by the Biobased Industries Consortium and Zero Waste Europe calculates the potential, and maps interesting and successful policies. 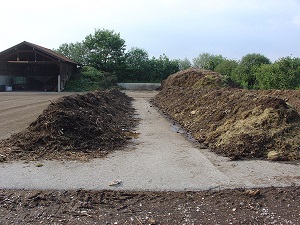 Compost can add to the organic content of the soil and capture carbon from the atmosphere. Photo: Wikimedia Commons.

The Biobased Industries Consortium (BIC) is an association of European industries across the entire biobased value chain. It promotes the innovation and market uptake of biobased products and services; it also strives to position Europe as the global hub for a sustainable, circular bioeconomy. Zero Waste Europe (ZWE) is a European network of public and private partners working towards phasing out waste from society. Their report Bio-waste generation in Europe covers the entire field.

Europe promotes the application of processed bio waste. This is not just intended to reduce the amount of waste produced. The report lists additional reasons to pursue this line of action:
– Europe’s soils are losing organic matter at an unsustainable rate. This reduces the very productivity of the land. Compost can add a useful source of stable organic matter. Moreover, this helps improve soil functions, such as structure, microbial diversity and water retention capacity.
– Raising carbon content in the soil may capture major amounts of atmospheric carbon dioxide and thereby mitigate climate change.
– Bio waste contains valuable compounds that can serve as feedstock for the bio-based industry. But this is just in the early stages of development. 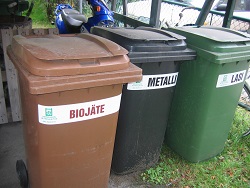 The difficulty of collecting bio waste

Bio waste as defined in this report is waste from private households. This very definition implies the difficulty of collecting the waste. People need to be willing to separate it from other household waste; and it needs to be relatively free from contaminants like cans and plastic. There is no general ‘best practice’. Schemes depend on local habits and the existing organization of waste collection. Local authorities are the key players. The report discusses a few successful projects across Europe.

If collected, this waste needs to be processed into useful applications. ‘The bio-based sector is already valorising bio waste in smart and efficient processes with zero-waste objectives,’ says Dirk Carrez, BIC Executive Director. BIC is actively involved in a number of European research programs to this end. The Agrimax project shows how several high-value products can be made from crop and food-processing organic waste. Like second generation sugars from lignocellulose, present in significant quantities in municipal solid waste. The VAMOS project aims to showcase the feasibility of producing biobased materials from such sugars. And the URBIOFIN project aims to demonstrate the viability of the biorefinery of the organic fraction of municipal waste; processing it into chemical building blocks, biopolymers and additives.

Then, if this tail is covered, how can we enlarge the amount of bio waste collected from European households? Across Europe, municipalities may learn from excellent examples. In Milan, there is a very successful collection scheme, with a coverage of an astonishing 88% of the theoretical potential. With good preparation, citizens appear to be willing to separate the bio waste in special bins and offer them for collection in compostable bags. In Catalonia, the regional authorities have started charging municipalities for landfilling or incinerating their waste streams. This puts collecting and processing organic waste in a favourable position. Almost all municipalities have now implemented separate collection schemes. In France, a number of municipalities has created Reseau Compost Plus that promotes the collection of bio waste. It informs local authorities and the public, and manages a quality label for the compost produced from this waste.

The bulk of the report ‘Bio-waste generation in Europe’ consists of country-by-country factsheets. These cover the fraction of waste actually recovered, and policies on the national and municipal levels. The full report will be published on July 6.

Interesting? Then also read:
Waste is the most important biobased resource; but legal barriers abound
Bio-waste valorisation
Productive soils as a carbon sink
The role of chemistry in the reduction of plastic waste