We met Wijnand Schonewille many times at biobased economy conferences – we, the late Paul Reinshagen and I. And we talked, because Wijnand had refreshing ideas and innovative views. He passed away last week, in the age of 58. He leaves a wife and two children. 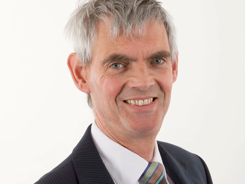 Wijnand started writing for Biobased Press, as he did already on the site of his own. In four years’ time he wrote 28 columns. Each with his particular views. In his first column, titled ‘No good complaining about European waste legislation’ he turns against entrepreneurs who throw in the towel. Waste legislation develops all the time, Wijnand argues. Substances that can still be processed usefully will have to stay out of the waste category; that would carry with it many regulations and limitations. Lawmakers are open to these views; but then entrepreneurs will have to argue their case.

This entrepreneurial attitude, always on the lookout for new opportunities, shows in many columns. In 2019 Wijnand compared two projects for processing waste from growing mushrooms. In the first one, waste is processed to compost, fuel and heat. It received a subsidy from the Dutch government. In the other (European) project, waste is processed into enzymes, biopesticides, fertilizer for use in horticulture, nano carriers for medicines and materials to encapsulate fertilizers. Both projects will prevent farmers from having to pay for waste removal. But the latter project is much more ambitious and therefore better, just because of that. ‘When upcycling, reach for the moon,’ was Wijnand’s short message.

In his subtle way, Wijnand liked to undermine popular opinions. In the Netherlands, we tend to think we are pretty good, was the title of one of his columns. And in another piece: ‘Although sustainability is a broad and complicated concept, companies seem to limit themselves to only a very few topics with recognizable, understandable, measurable and manageable marketing goals: recycling and lowering their carbon footprint. The reason: companies do not want to harm their existing brand.’ Although he adds right away that in the background, many companies do have a broader view. He also denounced the large number of biobased conferences for offering less and less new insights. Even more so with Biofuels Digest, the major biobased blog. And in his last column, he exposes a weak spot of biobased plastics. There is a proliferation of new substances, but there are no rules for classifying them. The consequence: even after many years of market development, it is still not clear how these plastics can be processed if discarded. An echo of his earlier piece on the need for standardization.

As an entrepreneur, Wijnand closely followed the development of European research programmes. Together, we tried to formulate a proposal for one of these. He criticizes the major importance attached to formulating proposals in language terms, as opposed to ‘non-linguistic alternatives, like mathematics, info-graphics, pictures, drawings, maps, schemes.’

His most surprising column (to me) was his piece about nickel bio-ore. In an old asbestos mine in Cyprus, there is a lot of nickel in the soil. Concentrations are not high enough for direct mining – but there might be a trick. On the premises there is an abundance of an Alyssum species that contains high concentrations of nickel. The little plant concentrates the nickel in the soil. Could this be harvested in order to mine nickel from it? Wijnand visited the site and took Alyssum plants with him to the Netherlands for analysis. Unfortunately, the project did not materialize. But it was a fine illustration of the opportunities open to people who think out of the box, like Wijnand.