In the neoliberal climate that has reigned the past two decades, better efficiency was the ultimate goal of economic policy. So important that it could hardly be challenged. Competing concepts like avoiding a climate crisis fought an uphill battle against it. But the Covid-19 crisis is turning the world upside down. Wouldn’t we have suffered less economic setback if we had better prepared ourselves for harsh times? If we had not put all our eggs into the basket of efficient global supply chains? Suddenly, the goal of economic resilience doesn’t seem so outlandish anymore. 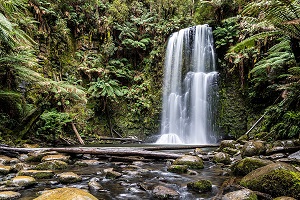 Resilience, as one site defines it, is ‘the capacity of a system to absorb disturbance and reorganise while undergoing change so as to still retain essentially the same function, structure, identity, and feedbacks.’ Resilience in this sense is an indispensable characteristic of any system. Originally, resilience is a term of systems theory. It draws its strength from interconnections between various parts of a system, often through a number of steps. But efficiency depends on one-on-one direct connections. Very fruitful in an undisturbed system, but much more vulnerable to disturbances.

Resilience is an important concept in ecology. We need ecosystems to be highly stable. They need to be able to withstand fires, flooding, windstorms, insect population explosions, and human activities like deforestation and the introduction of exotic plant or animal species. If disturbances are too large or too long, an ecosystem may go beyond a threshold and change substantially – degrade, most often. Like now seems to be the case in the Great Barrier Reef off the coast of Eastern Australia, as a result of climate change.

Economic systems may be disturbed as well. By armed conflict or terrorism. By climate change. By natural and technological disasters. Few people have seen coming the uprooting of global relationships by a tiny virus; but then any major disturbance might have caused our present global condition of lockdown and economic downfall. Never waste a good crisis – one of the lessons we need to learn is to protect resilience against efficiency. How to do this? 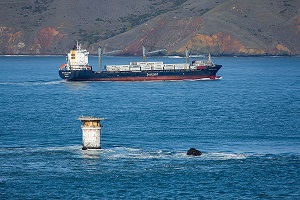 Systems theory tells us that systems acquire resilience through complexity. In a complex system, there are alternative pathways if the preferred pathway is somehow disturbed. So translated to the economy, companies that can withstand sudden changes need to have various suppliers, particularly for their critical feedstocks. This may come at a price; but then, this is a form of insurance against disturbances. In times of crisis therefore, companies with a shorter reaction time may be in a decisive advantage over companies that source their trade on the other side of the world. Often, just shipping goods may take weeks; let alone making clear new requirements to suppliers on the other side of the world.

Keeping reserve capacity may be another strategy; and one with obvious costs too. But we have seen the logic of this strategy dawning on policy makers. For instance, in the Netherlands the number of intensive care units had been reduced to the bare minimum (efficiency!). Now doctors make a plea for reserve capacity, in case new pandemics should arise.

In an e-book The green swan – Central banking and financial stability in the age of climate change, Luis Awazu Pereira da Silva carries such thoughts into the banking system. The book, published by the BIS and the Banque de France, looks into the growing threat to financial stability posed by global risks such as climate change. And as demonstrated by Covid-19. The author stresses the ‘discrepancy between how scientists warn us about the quasi-certainty of their occurrence and how we fail to systematically consider their potentially huge costs and integrate them into risk frameworks and final prices.’ We need to insure ourselves to such risks, the author argues. And discuss how much we should be willing to ‘pay’ for such a better balance between efficiency and resilience.

Rephrasing the issue ‘resilience versus efficiency’ in terms of insurance shows that in a sense, we have always sought such a balance. Most people support the existence of the fire brigade, even considering that it is very unlikely that their proper homes will burn down. In the corona crisis, we learn that we have to restore the balance. Dutch newspaper NRC interviewed corporate strategists on the consequences of the crisis; among the terms most used were online, sustainable, local, buffers, deglobalization, resilience. ‘According to them, the corporate model changes from just in time to just in case’ – to which the journalist adds: ‘at least the consultants’ terminology hasn’t changed by the crisis.’

Resilience as a subject in new strategies

The corona crisis forces companies to review their entire supply chains on risks, as the article shows. ‘If a small factory in Italy closes down, the entire chain might break down.’ Some major companies have started supporting their suppliers, in order not to break the chain. Buffers become an integral part of strategy. ‘Just in case’. And many business leaders have re-started to weigh the risks of climate change. Covid-19 seems to be an exercise for the climate crisis, says one of the consultants. Companies have become aware that they haven’t prepared themselves for crises, be it from corona, draught, political unrest – or climate change.

So this is the new arena for strategic thinking. Long lead times, long supply chains, dependence on far-away and cheap suppliers, they have become not just sources of efficiency but also of risk. Globalization has become as much a risk as a sign of progress. The European Green Deal, a leap into unknown territory when it was presented in December 2019, suddenly looks more timely. ‘Climate change and environmental degradation are an existential threat to Europe and the world,’ its opening sentence, now falls into more fertile ground. Regionalization, a subject highlighted on this website, doesn’t seem far-fetched anymore. With modern technology, it may even become a trend. Towards better shock resistance, towards shorter lead times. A small virus is reshaping the world.

Interesting? Then also read:
Indirect effects, we often ignore them
Count on mankind’s stupidity – and its resilience
Do not avoid risks, but contain them