You are here: Home / 2019 / October / Introspection and innovation don’t easily match: ‘In the Netherlands we tend to think we are pretty good.’

The Dutch Cabinet has determined missions to tackle major societal issues, and Dutch knowledge sectors are currently drawing up Knowledge and Innovation Agendas on how to support the realisation of these missions. I just finished reading the joint innovation agenda by the three top sectors Agriculture, Water and Food, and was left with a vague feeling of uneasiness. 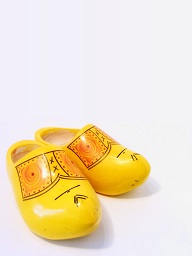 The Dutch tend to exaggerate their own achievements. Image: Freeimages.com. Jeff Osborn.

The agenda indicates many focus areas, to be addressed during the coming years to support the missions. This, of course, is the meaning of an agenda, but more detailed ambitions are missing. Rather, the agenda is a bullet list that neglects to identify the current state of affairs, and does not specify what industry wants to achieve with the proposed initiatives. The agenda only specifies objectives for a very limited number of focus areas. Most of the proposed goals are limited to non-informative phrases like ‘optimisation’ or ‘maximisation’.

The agenda does not go into overarching preconditions

The agenda includes a comprehensive listing of very diverse practical themes like improving the use of organic side streams, or sustainable short sea shipping. These themes are not meaningless, far from that, they are actually very sensible. But it would have been even more informative if the agenda had also elaborated the connecting, and not so diverse, success factors: the preconditions that determine the successful execution of the listed themes.

Each of the specified themes in the agenda is limited to one of the three knowledge sectors that drafted the joint innovation agenda. But any success in achieving these goals will be largely dependent on very much the same success factors. The innovation agenda does acknowledge the importance of the overarching so-called ‘ecosystem’, comprising vital success factors like valorisation, co-operation and internationalisation. But it does not work out a strategy on how to deal with, and how to exploit, such preconditions. 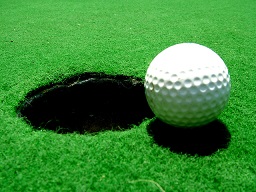 Some may just miss their target. Image: Freeimages.com, Lotus Head.

The innovation agenda is very introspective by nature

Dutch newspaper NRC interviewed Maarten Lafeber, a Dutch professional golf player, who coaches young golfers for the Dutch golf federation (interview published September 11, 2019). He was quoted in the heading of the interview: ‘In the Netherlands we tend to think we are pretty good.’ I had to think about this quote when I similarly realized that the innovation agenda was also rather introspective by nature. The three ‘collaborating’ sectors actually focus on their own specific issues, and a firmly integrated approach is lacking. And the agenda almost exclusively involves national stakeholders and regional initiatives and projects.

This approach becomes a rather narrow view as soon as internationalisation is regarded. Following the observation that other countries might be working on corresponding issues, the agenda rightly notes that international cooperation could significantly contribute to finding solutions to our challenges. Regrettably, the agenda disregards the necessity thereof. It does not further elaborate on this, and disregards for instance the possibility of importing knowledge by participating in an international cooperation. The agenda only continues to see the Netherlands as a successful exporter of innovation and knowledge.

Sure, in various areas Dutch industry has a leading position. But the agenda neglects to treat international cooperation as an apt bench-mark to evaluate the own level of development. And then, sector stakeholders and actors may tend to think they are pretty good.