PHAs are versatile, biodegradable and promising, we wrote a few years ago. There was just one problem: they were not competitive. So demand didn’t develop. And therefore, they remained not competitive. Gradually however, this vicious circle is being broken. PHAs are on the rise. Prospects are getting brighter. 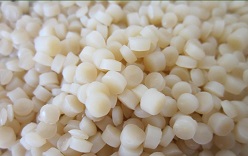 PHAs are sold in the form of pills. Photo: Wikimedia Commons.

‘My advice would always be to build demand ahead of capacity,’ says Jan Ravenstijn to C&EN. Ravenstijn is a man with a lot of experience in the polymer industry; now active as a private consultant and concentrating on PHAs. In the market, the failure of Metabolix is well-known. The company saw good prospects for PHAs and started construction of a 50 kt/a in Clinton, Iowa, in 2010. But it even never sold as much as 500 t/a and had to close down, after having burned hundreds of millions of dollars. As Ravenstijn says: ‘Developing a market for a new polymer is something that goes step by step.’ Finally we now seem to be able to step up. For the first time, demand outstrips supply.

To be sure, PHAs, produced by bacteria, are still versatile and promising. And biodegradable. Because of the latter, they receive renewed interest. As the heap of plastic waste is mounting and the need to find lasting solutions is rising, many PHAs now look attractive. The EU for instance requires sustainable alternatives to fossil-based single-use plastic items by 2021; such as cotton swab sticks, cutlery, plates and straws. For most of those applications, PHAs seem the perfect candidates. PHAs are biodegradable even in sea water, a rare quality even for biobased plastics.

Ravenstijn was one of the speakers last month on the online Bio-Based Materials conference, organized by nova-Institute. There, he reviewed players and capacities, applications, and legislation. Whereas Metabolix used corn as its feedstock, today many PHA start-ups use cheaper feedstocks, like flue gases, wastewater streams, plastic waste and waste cooking oil. Or second generation feedstock, that lowers feedstock costs and avoids competition with the food chain. Ravenstijn notes that engineering bacterial strains is a must now, in order to ensure constant product quality as well as low cost. 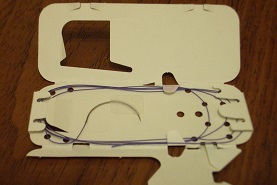 PHAs are a very versatile group of compounds. Some are hard and brittle, others soft and elastic. They can generally be processed on existing machines, in a large variety of ways. ‘Depending on the type and grade,’ Ravenstijn writes elsewhere, ‘PHA materials can be used for injection moulding, extrusion, thermoforming, foam, non-wovens, fibres, 3D-printing, paper and fertilizer coating, glues and adhesives. They can additionally be used as an additive for reinforcement or plasticization or as a building block for thermosets in paints and foams. Also, their use in medical applications like sutures and wound closures is already commercially viable because the material is bioresorbable.’ Various PHAs can substitute many applications of existing plastics, but they as a group cannot substitute all applications. Even without considering their competitiveness. ‘The accessible market for PHA is hundreds of kilotons/annum if the cost/performance-balance is OK.’ At least six companies expect to produce at competitive costs once they will be operating at scale.

PHAs have an almost unparalleled quality: they can be recycled in any possible way, including natural degradation. PHAs are produced and broken down by nature. They serve as nutrients and as an energy source to organisms. As such of course, organisms have to be able to break them down. Likewise the same compound will be biodegradable, even if produced in an industrial facility. The speed of this process is about the same as that of biodegradation of cellulose, i.e. paper.

To be sure, we don’t want all plastics to be biodegradable. Just to mention an obvious example, the insulation of electricity and data cables in the underground and in water needs to withstand biodegradation from their environment. We will have to organize a good industrial recycling system for them. But we also need plastics that do biodegrade. Because of microplastics constantly produced by wear, without us noticing. Because of materials being thrown away. PHAs fulfil this requirement. PHA recycling closes the loop.

An important role will now be played by legislation. Chinese, US and European legislators prepare a ban on single-use plastics. But their approaches differ and some proposals don’t make sense yet, says Ravenstijn. The starting point should be: ‘Materials allowed for single use applications should not be harmful to the environment in any way when they purposely or accidentally end up in the environment.’ They also need to biodegrade in a marine environment. Cellulose, starch and many PHAs fit that description. Legislative proposals need to be reviewed closely; done among others by Ravenstijn’s organization GO!PHA and nova-Institute. Legislation coming up will shape the market for several years.

PHAs have entered into the early-growth stage, says Ravenstijn. Good communication is of the essence now. Like to governments, on legislation. To NGOs, in order to improve mutual understanding. To the general public, in order to clarify issues like biodegradation. The stage appears to be set for further growth.