You are here: Home / 2020 / July / Performance and sustainability, drivers of demand for biobased chemicals

‘Biobased materials and chemicals are driven by performance,’ we wrote in 2016. They do not compete primarily on cost, but on the new functionalities they offer. Now, in the middle of record low oil prices, this principle receives support from an article in Chemical and Engineering News, CEN. They highlight three companies whose biobased chemicals are much in demand – because of their performance and sustainability. 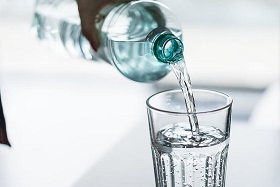 The outstanding example of a new material made from biobased chemicals, may be Avantium’s PEF. PEF bottles are the runner-up for substituting the well-known PET bottles. Worldwide, 70% of soft drinks are now packaged in PET plastic bottles. The scale of this market is huge. Considering that globally, humans buy a million plastic bottles per minute, Avantium needs to fight quite an uphill battle in order to get even a small slice from this cake. But after ten years, against all odds Avantium is still here finding the niche for PEF, simply because of the performance of its plastic. PEF is six times a better barrier for oxygen than PET, and three times for carbon dioxide. It can be processed on the same machines. Maybe at Avantium they didn’t reckon it would take this long. But still, the better material might win.

In her article for CEN, Melody M. Bomgardner discusses three companies that similarly try to market biobased materials with superior performance. First, she brings to mind that in the crisis before last, when oil prices fell as well, many companies developing biobased chemicals went down. They just could not compete with compounds produced from fossil fuels. But biobased chemicals and materials have a chemical upside. As they are made from biobased resources, they often contain oxygen and nitrogen. Elements that are typically absent in fossil feedstock, and difficult to insert. Therefore, biobased resources can open up new classes of compounds, a process of which we may witness just the beginning.

The three companies then, highlighted by CEN, are agribusiness giant Cargill, machine-learning-powered Zymergen, and organism-engineering firm Lygos. With their products diapers, consumer electronics, and automotive coatings. They survive in these markets, they even thrive. They say their products solve problems for their customers (makers of diapers, mobile devices and automobiles) because of better performance, better sustainability, or both. And the author quotes Anthony Schiavo, analyst at Lux Research, who says that to a growing number of customers, paying a premium for biobased materials is no longer a crazy idea. But then, of course, sustainability needs to be really good. 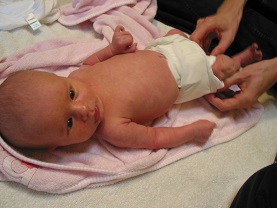 Diaper rash was reduced by 50% by the introduction of acrylic acid-based superabsorbent polymers. Now many customers prefer biobased. Photo: flickr.

As for diapers, the first priority for moms is to protect tender bottoms from diaper rash. In the 1980s, diapers made with acrylic acid-based superabsorbent polymers decreased incidence of diaper rash by 50%. But so far, acrylic acid has been made from oil, and nowadays many consumers tend to prefer products made from natural ingredients. Therefore, diaper makers often brag about the natural, biobased and eco-friendly attributes of their products. Still, the core of all these diapers continues to be fossil-based superabsorbent polymers. After much research, two companies drove home a new pathway to produce biobased acrylic acid: Cargill and diaper producer P&G. They developed the production of acrylic acid from lactic acid, already produced in large quantities by Cargill for its biobased polylactide, PLA. True, the new polymer will be chemically identical to the old one. Often, this is killing for the biobased product, as this tends to be more expensive. But opinions may be changing. Maybe a sizeable proportion of customers will now be willing to pay more for a product with a lower carbon footprint. If course, the producer can present solid data in order to back up this claim.

The second product highlighted in CEN is a high-performance biobased film called Hyaline, for use in electronic touch-screen displays. Developed by Zymergen and its partner, Sumitomo Chemical. Zymergen, founded in 2013, specializes in the development of new biobased materials, using the modern tools of synthetic biology, machine learning and lab automation. Hyaline, Zymergen’s first product announcement, is entirely new. Its chemical composition has not been disclosed. It is particularly suited be used as a very thin and durable component of mobile phone screens – combining several unique properties. Zymergen’s chief science officer Zach Serber says that with their tools, they will be able to discover and develop new polymers much faster than so far. ‘The molecules you generate from biology look quite different than those from petroleum intermediates,’ he says to CEN. ‘They might be chiral, asymmetric, have oxygen, or other heteroatoms that come easily to biology but are nearly impossible or expensive compared to synthetic routes. Asymmetry is a feature we play around with a lot, and that is hard to arrive at from petrosynthesis.’ But developing a new material is quite different from mass producing and marketing it. For all its new materials, Zymergen will have to find a partner that can do this hard work, like Sumitomo.

Biobased feedstock and fermentation pathways may open up vistas on new classes of performance materials. Like those developed by Lygos, a California-based microbe engineering firm. One of their intermediate products is malonic acid. Its production from fossil feedstock is nasty, involving very toxic substances. Production by yeast enzymes from sugar is much more straightforward. So far, malonic acid has found applications in small markets like fragrances. Lygos and its partner Sirrus Chemistry now develop automotive coatings consisting of malonic acid polymers. These coatings contain low amounts of volatile organic compounds, and they cure at low temperatures, compared to existing coatings. Therefore, automobile manufacturers will benefit from lower emissions and energy use. Lygos plans to scale up biobased malonic acid production to 20,000 metric tons per year by 2024. The product will then find its way to the industry, based on its performance and the customer-driven need for greener products.

In short, biobased products will find their way, based on their performance and sustainability. But their breakthrough may be more slowly than once thought.